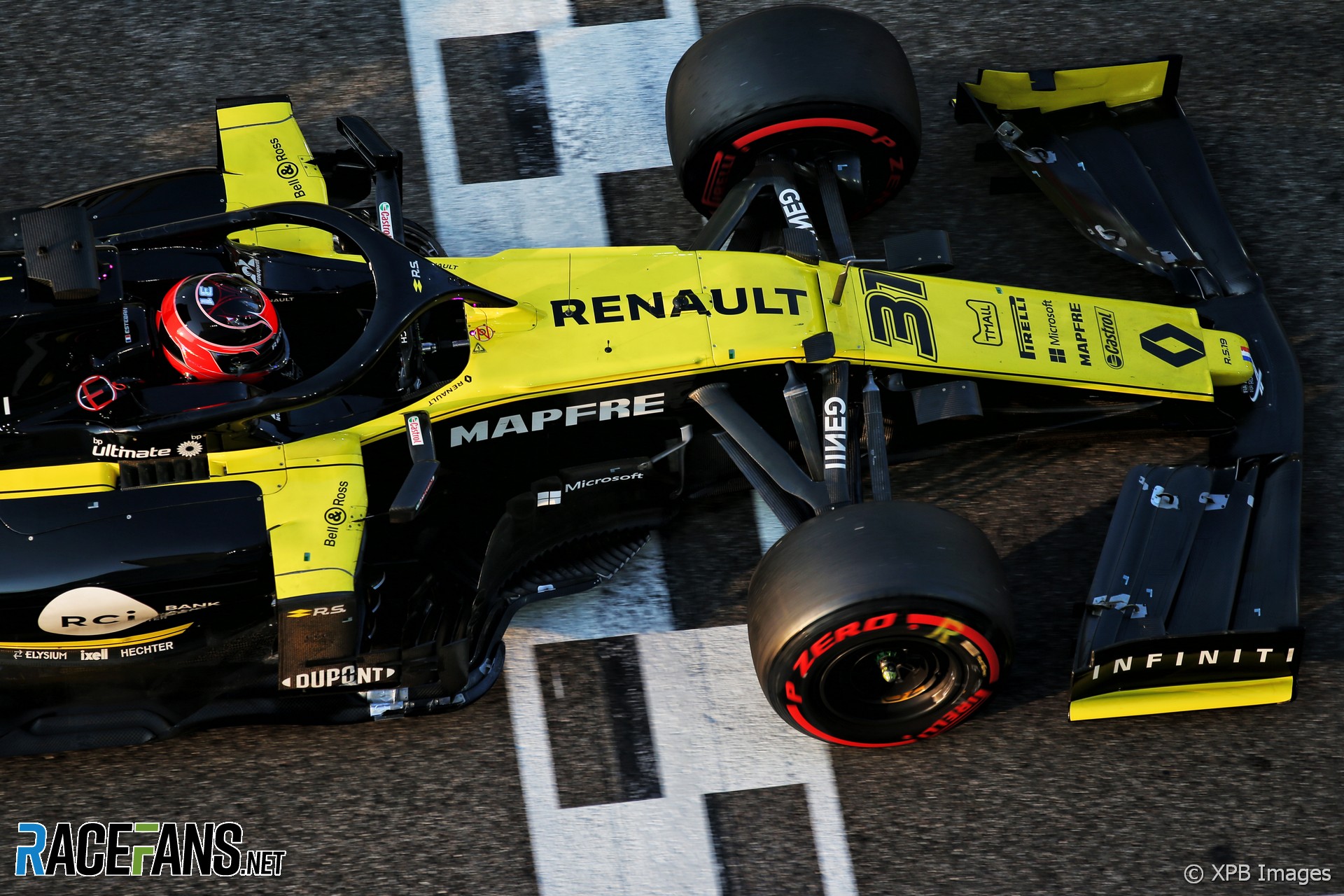 In the round-up: Pirelli’s head of F1 and car racing Mario Isola says the decision which tyres the sport will use next year will be made next week.

[icon2019autocoursempu]Isola explains what F1’s next steps are in agreeing whether to use its new 2020 tyres or this year’s rubber next season:

Monday the 9th of December is the deadline for the decision. The next steps are that all the teams analyse the data and send the feedback to the FIA and their feedback, their opinion and their suggestion.

Obviously we will make an analysis as well, then there is the decision because the 9th of December we have to nominate to select the compounds for Australia and Bahrain.

Mercedes confirm @GeorgeRussell63 will drive for them again on Sunday in a development test of @pirellisport's 18-inch tyres for 2021. #F1

It’s held @PaulRicardTrack Fri-Sun. Please come and support if you are around as it should be a fun thing to watch 🏁#VB77 #rally #wrc #rallycircuit pic.twitter.com/eajoQGDx8z

Peugeot has confirmed it will team up with Rebellion for its return to the World Endurance Championship and the Le Mans 24 Hours in 2022 in the hypercar class – and revealed this rendering of how its car could look.#WEC #LeMans pic.twitter.com/NbNc9Pmqlq

Why British-born Alex Albon is a Thai racing hero (Yahoo)

"Each step you make in single-seaters becomes more and more expensive. By the time you reach Formula 2, it's insane money."

"E-racing365 has learned that the Gen 3 powertrain is likely to be built around an increase to a 450 kW power output, while electrical brake-by-wire systems will replace mechanical brakes on the rear axle."

"An extra 5kg might be worth in the order of 10-15sec of race time. It would be of that magnitude. But pretty much all of that 0.5sec/lap advantage could be used in qualifying where there are no total usage concerns and only a small weight penalty from the near-empty tank."

"Of course there are differences, mainly the physical part; you don’t get the lateral force when you’re driving the video game. But Jarno (Opmeer) being accepted to the real F1 simulator shows that you can build from video game to the sport and back, so it’s very interesting in that regard."

Verstappen edges it over Hamilton (BBC)

Jolyon Palmer: "I was a Kubica fan in his BMW days and when he was at Renault in 2010, and I hope people will remember him as that driver, rather than the tail-end Charlie who limped around in a very poor Williams car this year."

Could different drivers have got a better result out of the Ferrari SF90 this year?

This year I think even Hamilton, Verstappen, Alonso or Ricciardo would not have been able to become drivers’ championship with that car though. Unless Vettel was driving for Mercedes perhaps, but then Bottas would have likely taken the title.

The car was doing fine in pre-season testing though and it was by far superior in Bahrain (second race). So there was clearly more potential in the Ferrari from the start of the season. It’s mostly that their drivers plus engineers were unable to unlock it. Who knows a better driver could have done more to get the setup issues straightened out much sooner. Who knows what would have been possible then.

Either way, it’s still an utter embarrassment that both Ferrari drivers finished behind Verstappen in the drivers championship. That again is due to the ridiculous amount of driver errors that especially Vettel keeps racking up, but also Leclerc makes too many mistakes, but these were mostly in qualifying and he improved in that regard later in the season.
@F1osaurus