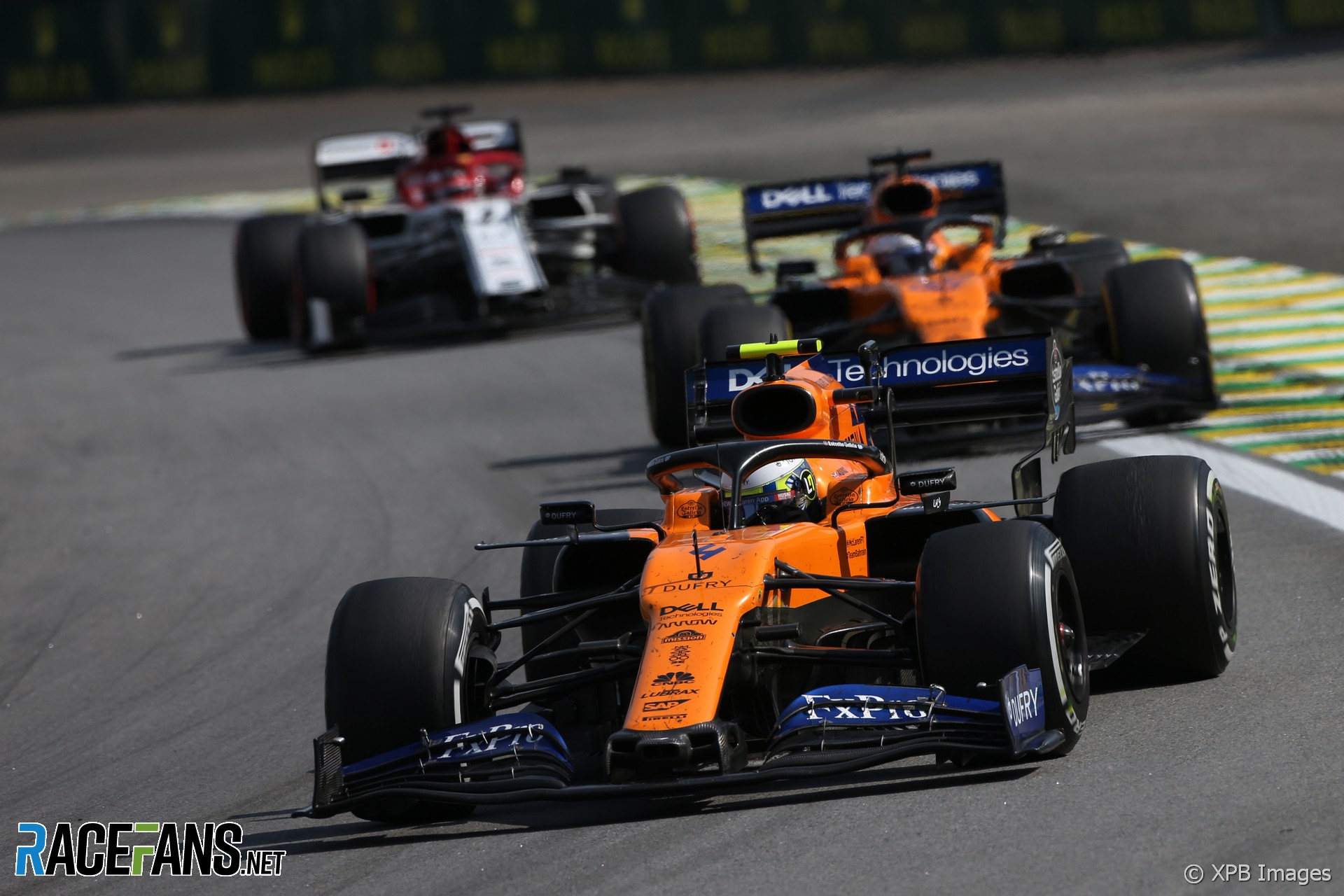 Lando Norris said he let his team mate overtake him during the Brazilian Grand Prix because his own pace was “shit slow”.

Norris made way for Carlos Sainz Jnr on lap 51 of the race. The team didn’t order the position switch, but before moving aside Norris asked his race engineer Will Joseph: “Am I fighting this position hard or not?”

“Not too hard on Carlos but we’re racing cars around us to the end,” he was told. Norris let Sainz through at turn one.

After the race Joseph thanked Norris for making way for Sainz, who went on to score the team’s first podium finish for five years.

“It’s a great result for the team,” said Joseph. “What you did with Carlos was massively helpful for Carlos’s result as well and noted from us all here.”

“I don’t do it out of choice, I do it because I’m shit slow,” Norris replied. “It’s not your fault, just think that I need to do better, that’s all.”

“You were not shit slow,” Joseph replied, “the hard was just a really tough tyre.”

Norris was on the hard tyres, which Sainz didn’t use, when he let his team mate through. After the race, he said that was the reason for the pace difference between them

“Our biggest problem today was our second stint when we boxed onto the hard tyres,” said Norris. “I had two good laps even without pushing too much and then I was just slow.

“After that I didn’t know what was going on. The hard tyre just didn’t work well with the car and the conditions we had today so I dropped back a lot, I lost a lot of time and that just took me out of position for the final few stints when the chaos started.”

However Norris backed the team’s decision to try a one-stop strategy using the hard tyres.

“I’m happy that we made the decision because we thought we had a long way to go. We didn’t think mediums would last or they would start to go off a little bit towards the end.

“So we did what we thought was right but they just didn’t get in the right window, they didn’t work and I was just suffering overall with poor grip.”

USA-based Josh joined the RaceFans team in 2018. Josh helps produce our Formula 1 race weekend coverage, assists with our social media activities and...
Read more about Josh Holland, find all their articles and get in touch with them