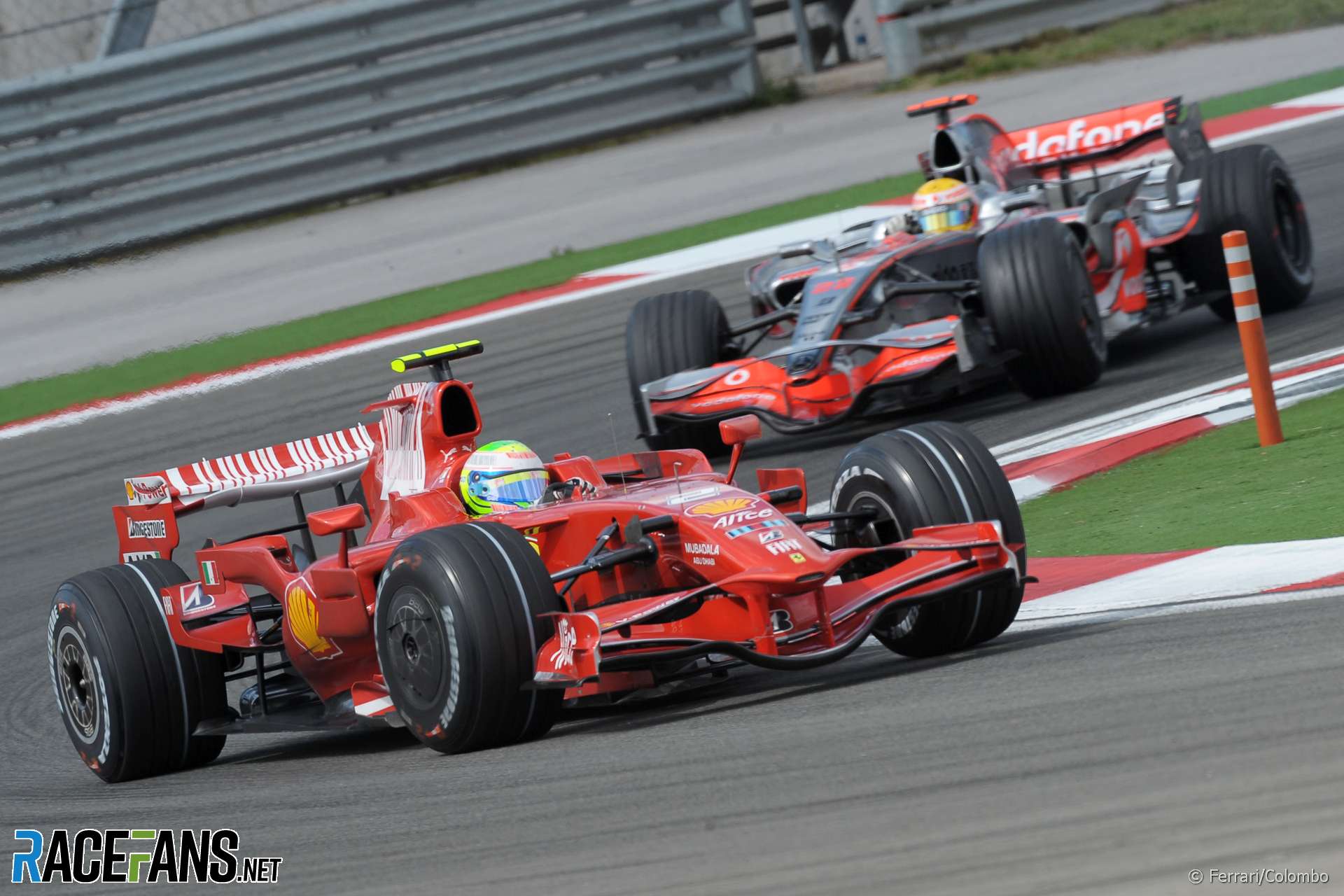 Sebastian Vettel is once again the most successful driver in the history of the Singapore Grand Prix, having won the race for the fifth time on Sunday.

Only four different drivers have won this race since it was first held in 2008. Vettel’s win was his 53rd and, for the third time in his career, it came over a year after his previous success.

Ferrari became the first team ever to score a one-two finish in Singapore. But perhaps more importantly for the team, it’s the first time in more than a decade they’ve won three races in a row.

Vettel’s victory followed Charles Leclerc’s successes at Spa and Monza. The last time Ferrari won three or more races in a row was in 2008, when Kimi Raikkonen and Felipe Massa shared wins in Malaysia, Bahrain, Spain and Turkey.

Leclerc took his third pole position in a row, but have achieved this much more recently: Vettel took three in a row in Bahrain, China and Azerbaijan last year. Leclerc now has the most pole positions of any driver this year, with five. That gives him the same number of pole positions as Giuseppe Farina, Chris Amon, Clay Regazzoni and Patrick Tambay – all of which drove for Ferrari – plus Keke Rosberg, who didn’t.

Max Verstappen joined Vettel and Leclerc on the rostrum, resulting in only the second Mercedes-free podium of the season, the other having occurred in Hockenheim.

The slow pace in the opening laps of the race allowed the midfield runners to stay in touch with the leaders. As a result for the first time in over four years a lap was led by a driver in a car other than a Ferrari, Mercedes or Red Bull.

The honour fell to Antonio Giovinazzi, who headed the field for four laps in his Alfa Romeo. Although this team, as Sauber, last led a race in 2013 courtesy of Esteban Gutierrez in the Spanish Grand Prix, it was the first time an Alfa Romeo had headed the field since Andrea de Cesaris led the first 18 laps at Spa in 1983.

The last time a ‘class B’ team led a race was on lap 21 of the 2015 British Grand Prix, where Bottas led for Williams. In the intervening period, Mercedes, Red Bull and Ferrari led 5,213 consecutive laps. Note this only counts drivers who ‘officially’ led a lap at the start/finish line.

Finally, Kevin Magnussen set the fastest lap of the race for the second time in his career – the previous occasion was last year’s Singapore Grand Prix. However he did not score the bonus point for doing so, as it is only awarded to drivers who finish in the top 10 places, and Magnussen came in 17th.

Therefore 2019 will be the first season for 10 years where the maximum potential points available are not awarded. Half-points were awarded in the 2009 Malaysian Grand Prix because less than 75% of the race distance was completed due to heavy rain.

Have you spotted any other interesting stats and facts from the Singapore Grand Prix? Share them in the comments.