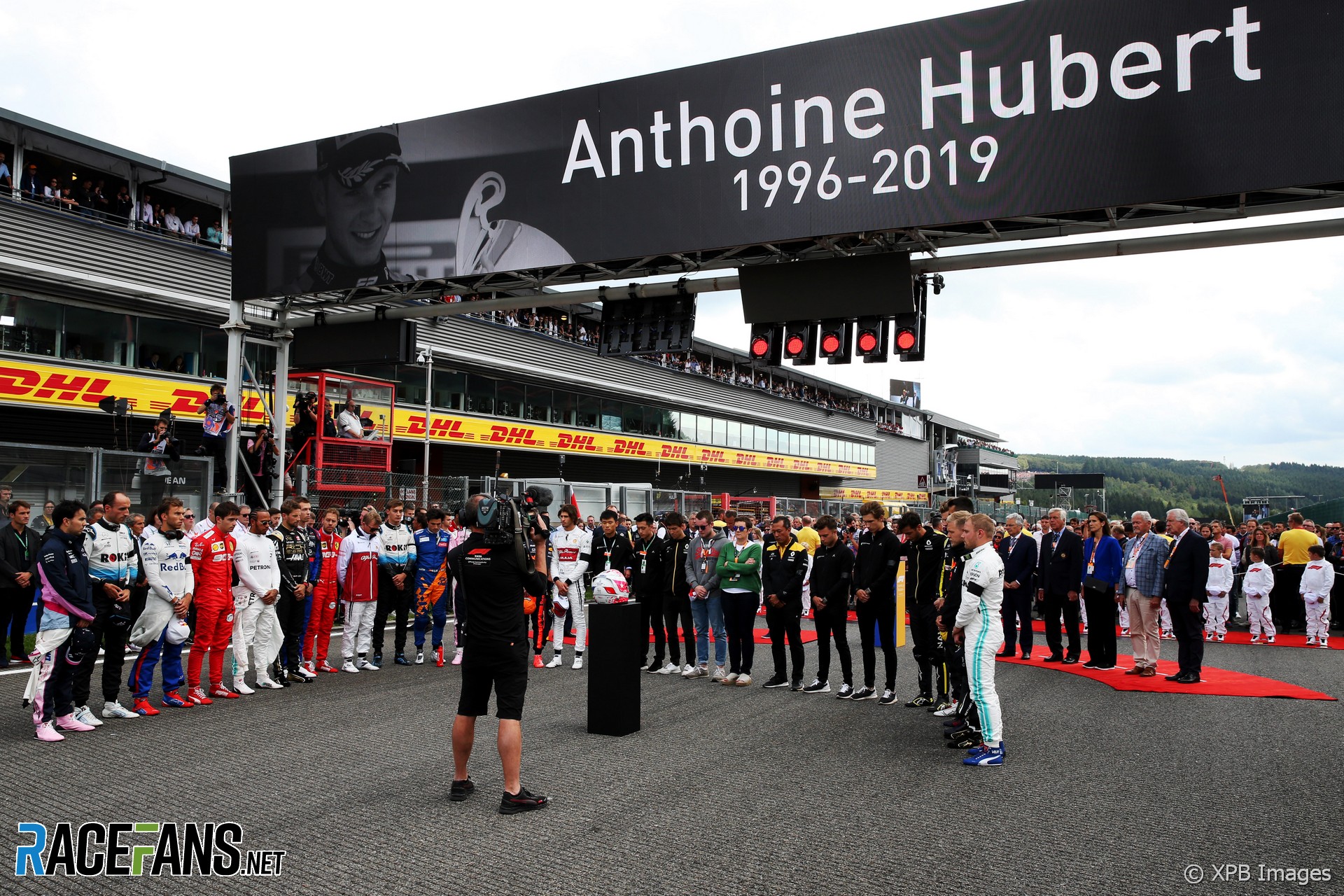 The FIA has begun its investigation into Saturday’s horrific Formula 2 crash which claimed the life of Anthoine Hubert and left another driver, Juan Manuel Correa, in intensive care with serious injuries.

Questions of how the crash unfolded, whether it could have been avoided, and how the safety systems and procedures at the circuit performed, will be answered in the fullness of time. We must postpone our urge to understand what happened until all the facts are in.

That does not make it any easier to comprehend how this grave tragedy occured. Particularly as it happened not in the top flight of Formula 1, nor even in the still more perilous world of IndyCar’s superspeedways, but a junior championship for those aspiring to reach the sport’s pinnacle. That undoubtedly amplified its emotional impact, particularly for those closest to the tragedy.

Hubert drove for Arden, the team run by Garry Horner, father of the Red Bull team principal. Christian Horner was also connected to the crash through Pierre Gasly, who had been a friend of Hubert’s since childhood.

“Obviously what happened was a shock for the whole paddock, for both of our drivers who raced against Anthoine at different points, but particularly for Pierre,” said Horner. “They’d grown up together they raced for many years together, their families know each other extremely well. I think it hit him very hard.

“All I could do was try and offer some kind of support, say that Anthoine was doing exactly what he wanted to do and if he had the opportunity to be racing the Formula 1 car you’re in tomorrow he would have grabbed that opportunity with both hands.

“It brings home to everybody that risks exist not just in Formula 1 but across all the categories of motorsport and single-seater racing. It was a horrible day for motorsport in general, particularly for his family, for his loved ones, for his friends and for the Arden team I’m obviously closely associated to. It was a tough day for everybody.”

On Saturday evening Lewis Hamilton said he felt not everyone had fully appreciated the risks of motorsport. He wrote on social media that fans and “some of the people actually working in the sport” did not respect that “drivers put their life on the line when they hit the track”.

Forgive him a broad generalisation in a social media post at a stressful time. Many fans undoubtedly do appreciate the sport’s dangers. But he has a point that not everyone does.

His team principal Toto Wolff, formerly a GT racer, offered one view why. “I think it’s very difficult to relate to what’s happening in a car if you have never driven a race car at these speeds,” he said.

“Whether it is in the junior formula, all the way to Formula 1, in GT cars or prototypes, it is still a gladiators’ sport. It is still about courage, ability, risk-taking. But through a camera lens you will never realise what it feels like.”

Modern onboard cameras, which produce much smoother, more refined images than the raw, brutal footage from a few decades ago, certainly can make driving an F1 car look like cruising along a motorway. It was striking that after the race two F1 drivers shared the same video on social media of a static camera angle which gave a much better impression of the true speed of the cars than those we are used to.

But modern fans probably spend even more time connecting with the sport through the official Formula 1 game. And here, too, the true dangers of the sport are hard to appreciate. Whereas once F1 games showed cars flipping over and smashing into pieces, the potential for mayhem is sanitised to an unrealistic degree in recent titles.

This is not to say that these things are wrong or that they must change, but an attempt to explain the distance between the fans and the sport. The majority of F1’s millions of fans have likely never had an opportunity to watch a race at a circuit, let alone stand at the top of Raidillon, scene of Saturday’s crash, where the cars pop into view at shocking speed and disappear almost before you’ve had time to turn your head.

Constant improvements in safety standards mean major crashes happen relatively infrequently. This is a good thing. But it also means fans become less familiar with the potential consequences, and explains why the outcome of Saturday’s crash came as a shock to many and affected us so deeply.

“We were fortunate enough for many years to not have these kinds of accidents and maybe forgotten about how dangerous the sport is,” said Wolff on Sunday. “And I think this is what Lewis wanted to express.

“I can totally relate to it. If you drive towards Eau Rouge [at] 260, 270 kilometres [per hour], which looks like a 90-degree corner, and you take it flat, it’s beyond understanding that these guys do what they do. And it can end fatally.”