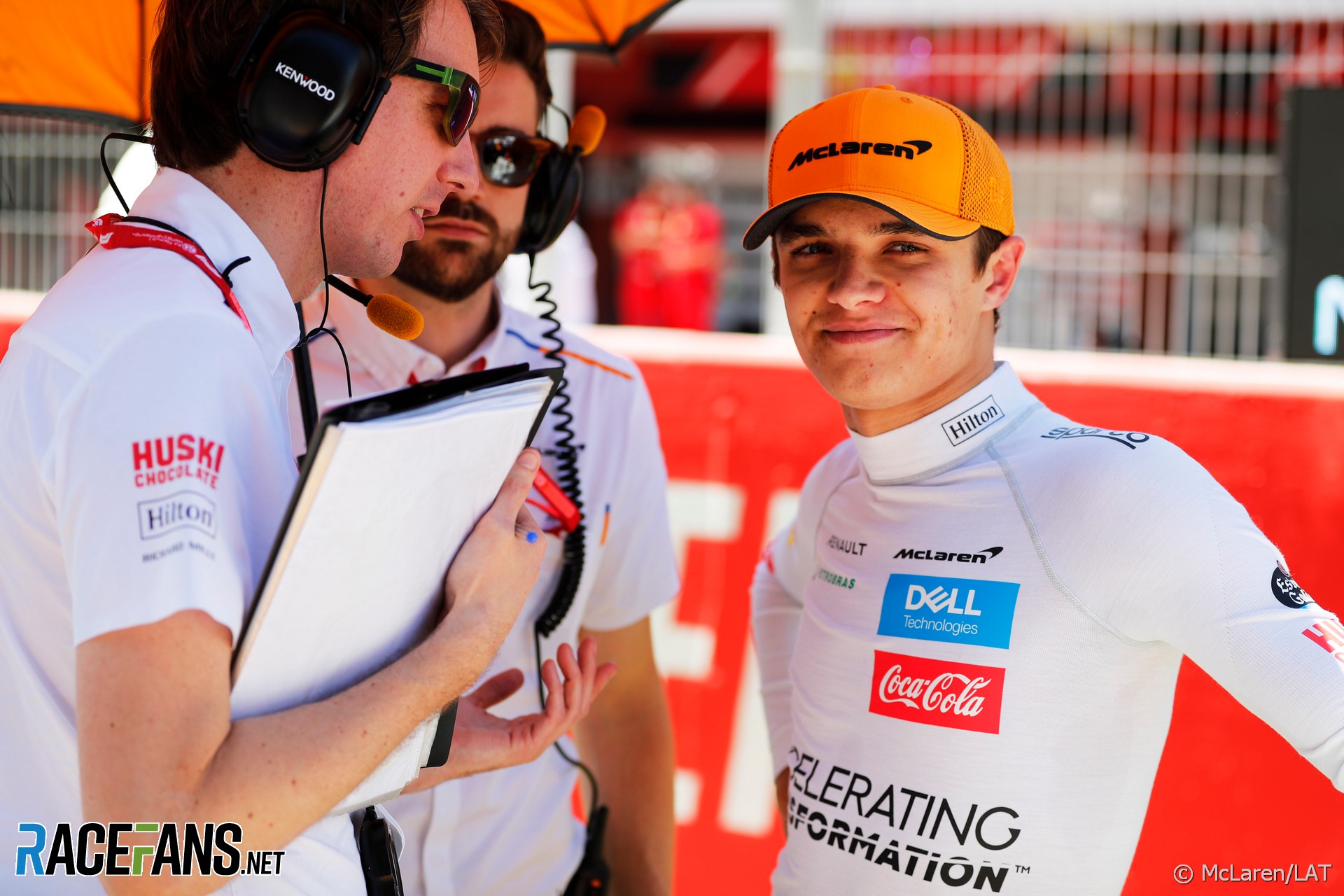 McLaren rookie Lando Norris says he’s more excited about racing on the Circuit Gilles Villeneuve for the first time than he was about his Monaco Grand Prix debut.

Although the 19-year-old is yet to drive the Circuit Gilles Villeneuve in real life he is eagerly anticipating the challenge following his simulator experience of the track.

“I’m pretty excited actually, more excited than Monaco I think,” said Norris. “I’ve never been to Canada in the first place but Canada and Montreal actually is a track that I’ve always liked driving, on the sim obviously.”

He expects Montreal will offer more opportunities for overtaking than Monaco. “You can overtake and have a bit more fun there. So I look forward to going there, being in Canada and Montreal for the first time and just going to race in Formula One again because that’s pretty fun.”

However Norris expects the track will pose some challenges for McLaren as slow-speed corners have been a weakness of the MCL34. “It’s more the characteristic of the corners rather than just being a street circuit,” he explained. “The corners are generally nowhere near as slow as in Monaco.

“So it’s a totally different set-up, altogether – there’s a lot more focus on medium speed corners which I don’t think are a lot stronger than what we have here in Monaco. But it’s another track and we just need to make sure we take the positives and look ahead and move on.”