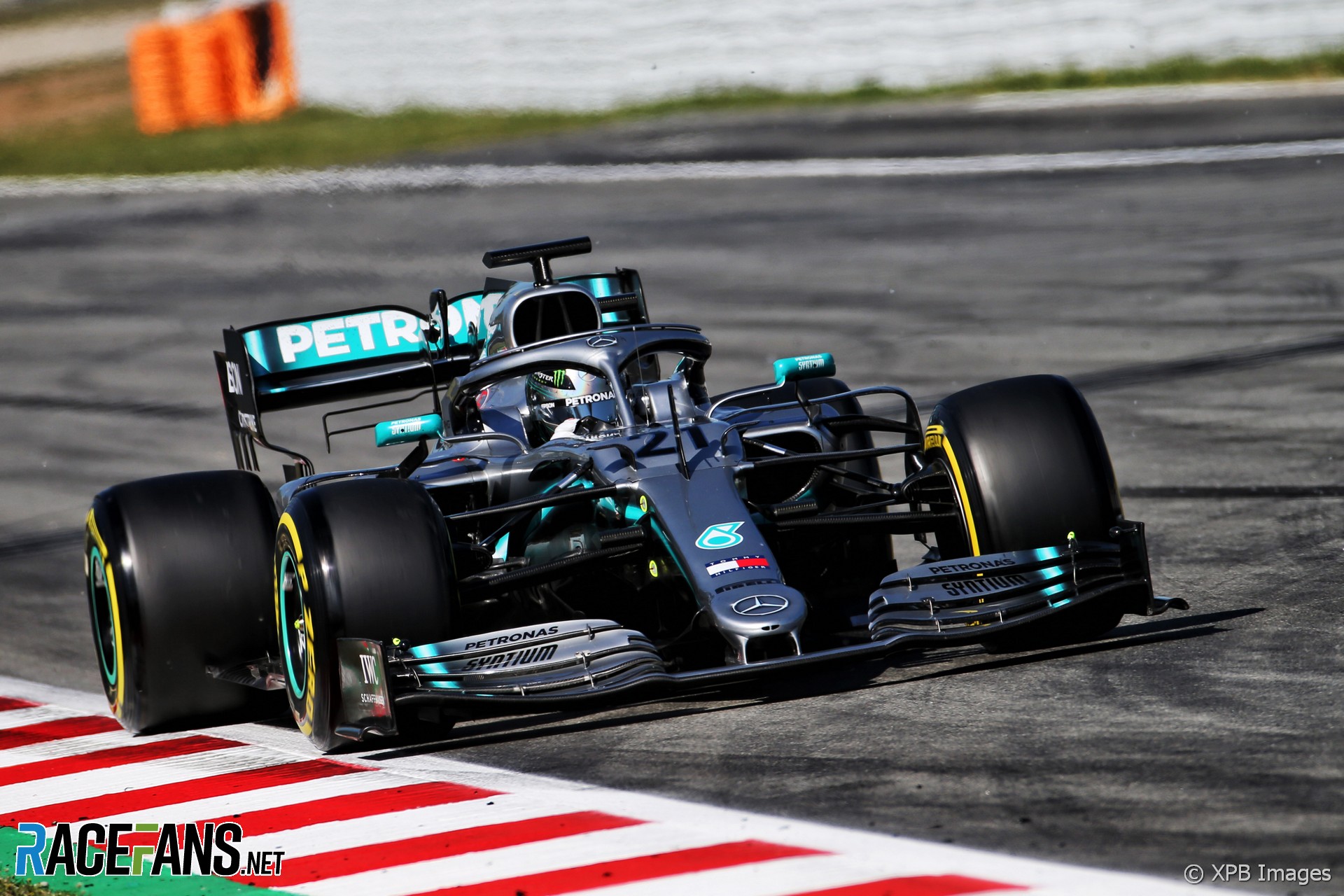 Nikita Mazepin was over a second quicker than the Formula 1 field in his first test for Mercedes at the Circuit de Catalunya.

However the 20-year-old Formula 2 driver was two-tenths of a second off the best time of the test, set yesterday by Valtteri Bottas. He also had a brief spin early in the day’s running, though it didn’t stop him completing more laps than any other driver.

Ferrari test driver Antonio Fuoco was third, less than a tenth of a second faster than the team’s other car, driven by Charles Leclerc, who was on Pirelli tyre test duty. Kimi Raikkonen competed the top five for Alfa Romeo.

Among the other test drivers on duty in the final say of the test were Jack Aitken for Renault, Nick Yelloly in the Racing Point again, Dan Ticktum for Red Bull, Nicholas Latifi for Williams and Oliver Turvey and Sergio Sette Camara for McLaren. However the latter’s programme was curtailed when McLaren had to end their test early due to a technical problem. Car trouble also limited the amount of running Red Bull and Williams were able to do.

40 comments on “Mazepin’s Mercedes ahead by 1.3s at end of test after spin”