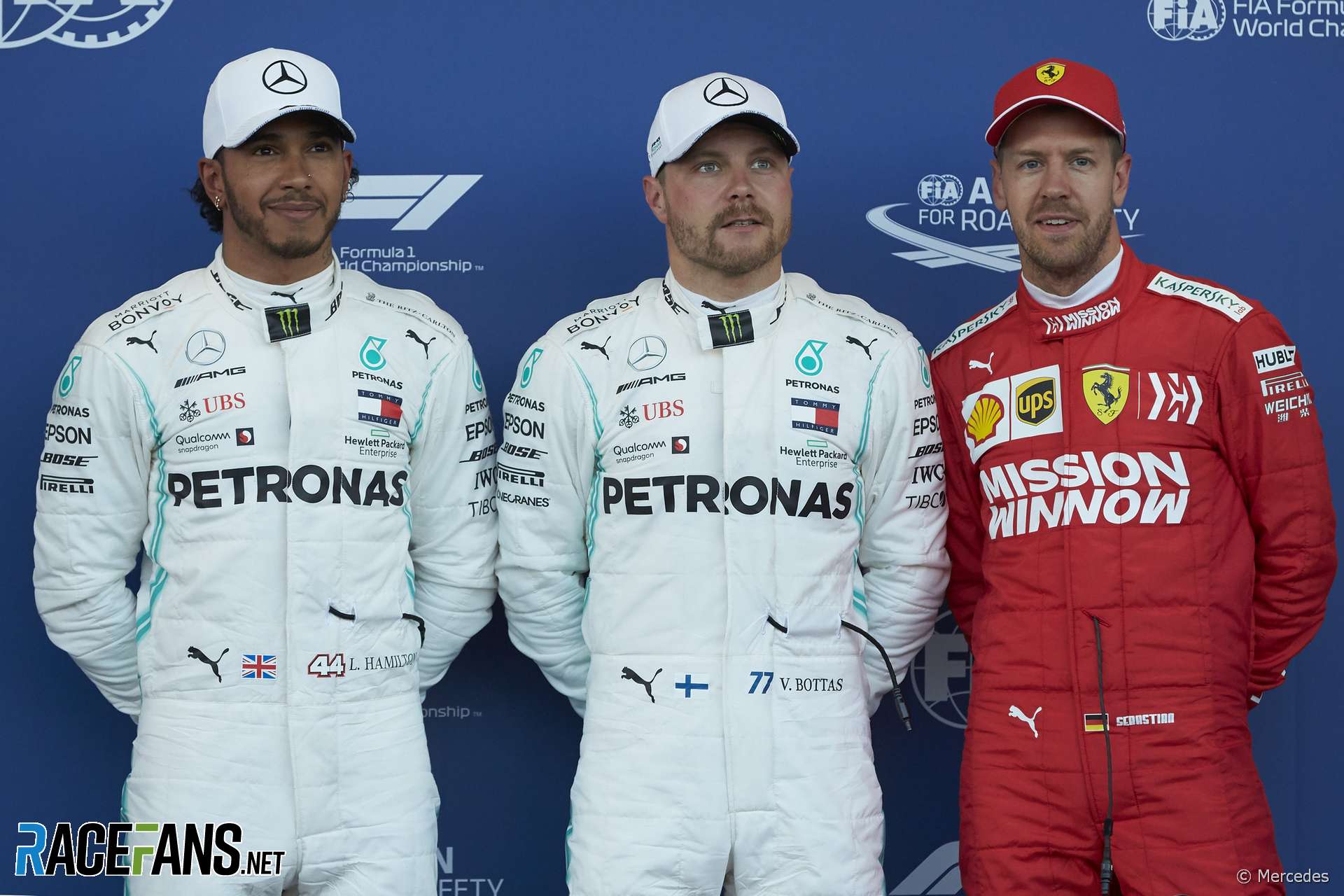 After qualifying Sebastian Vettel said he regretted choosing to run on his own during his final lap of qualifying, without the benefit of a slipstream from another car.

However smart tactics by Mercedes had duped Vettel into running alone, compromising his chances of taking pole position.

According to Vettel, running in the slipstream of another car potentially offers a lap time benefit of three-tenths of a second in Baku. But with Charles Leclerc having crashed out during Q2, Ferrari were unable to co-ordinate the efforts of their drivers and share their slipstream, as they had practiced during second practice yesterday.

In between his runs in Q3, Vettel told his team he wanted to be sent out in the queue of traffic at the end of the session. That meant trying to get a tow from a rival car, which would have to be one of the comparably quick front-runners such as Mercedes or Red Bull:

Ferrari’s garage is closer to the pit lane exit than Mercedes at Baku, so when Mercedes sent Valtteri Bottas and Lewis Hamilton out together, Ferrari reacted by sending Vettel out as well.

But Mercedes had seen it coming. Bottas and Hamilton pulled over at the pit lane exit in the area reserve for practice starts and Vettel motored by, now with only a couple of slower cars in front of him. They also let him past, not wanting to have to wave a quicker car through on their flying laps.

That left Vettel on his own, and the Mercedes drivers enjoying the benefit of the slipstream. While he was quicker initially in the first sector, Mercedes’s slipstream aided them on the long run to the start/finish line.

After the session, Vettel asked the Mercedes drivers whether they’d done a dummy start…

Speaking after qualifying, Vettel admitted he could have been closer to the silver cars if he’d had the benefit of another car running ahead of him.

“It’s always a compromise. If you are too close in the middle sector you lose out. But I would say going with the other people [is] probably around three-tenths [faster]. It could have been a bit closer with somebody in front.”

That three-tenths of a second was the same margin by which Vettel lost pole position, and Mercedes achieved a sweep of the front row of the grid for the Azerbaijan Grand Prix.