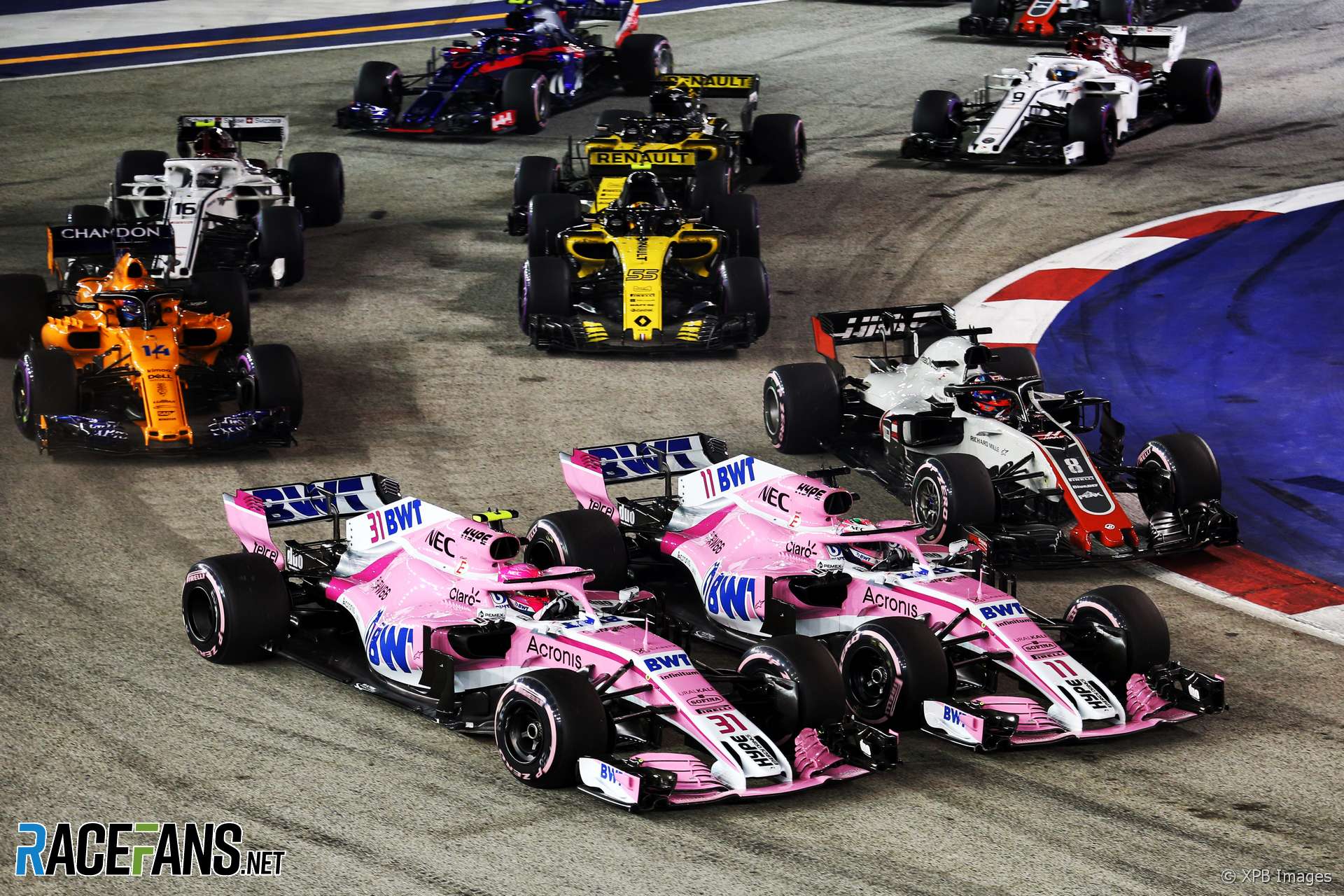 Esteban Ocon’s absence from the 2019 F1 field is doubly disappointing: A talent such as his does not deserve to be on the benches, and his enforced departure ends a riveting scrap between him and Sergio Perez.

The Force India duo came to blows more than once last season, prompting the team to issue strict limits on how hard they could race each other.

While Perez generally had the beating of his team mate last year, Ocon had clearly raised his game in the second half of the season. He carried that into 2018 and noticeably raised his game in qualifying, an improvement he credited to (among other things) changes to his steering wheel.

However he managed it, rare were the Saturdays when Perez had the beating of him. It was a matter of fine margins, however: Ocon’s superiority was usually measured in no more than tenths of a second.

Perez can still teach the youngster a thing or two about racecraft, however. The salient lesson of not getting involved in needless incidents when there are big points in the offing is one, for instance, as Perez demonstrated in Baku with a superb third place. Those 15 points more than made the difference between him and Ocon at the end of the year, the latter having gone out in a needless first-lap tangle with Kimi Raikkonen.

But we can’t discuss needless first-lap tangles without covering Perez’s move on Ocon in Singapore. Whether or not he knew exactly where his team mate was (peripheral vision with the Halo is not great) the fact Ocon was his team mate should have led Perez to take greater caution.

Significantly, Ocon had been creeping up on Perez in the points table until that moment. But his season went off the rails in the final races while he waited for Lance Stroll to boot him out of the team. These were mostly technical in nature, though it was his Brazil clash with Max Verstappen which sticks in the mind. Meanwhile the ever-dependable Perez kept racking up the points.

Having made an obvious step forward in one-lap pace this year, Ocon has now lost his seat to a driver who was out-qualified by a rookie during 2018. Force India has swapped its fastest driver for Williams’s slowest.

The table below shows at which races Perez qualified or finished in front of Ocon: