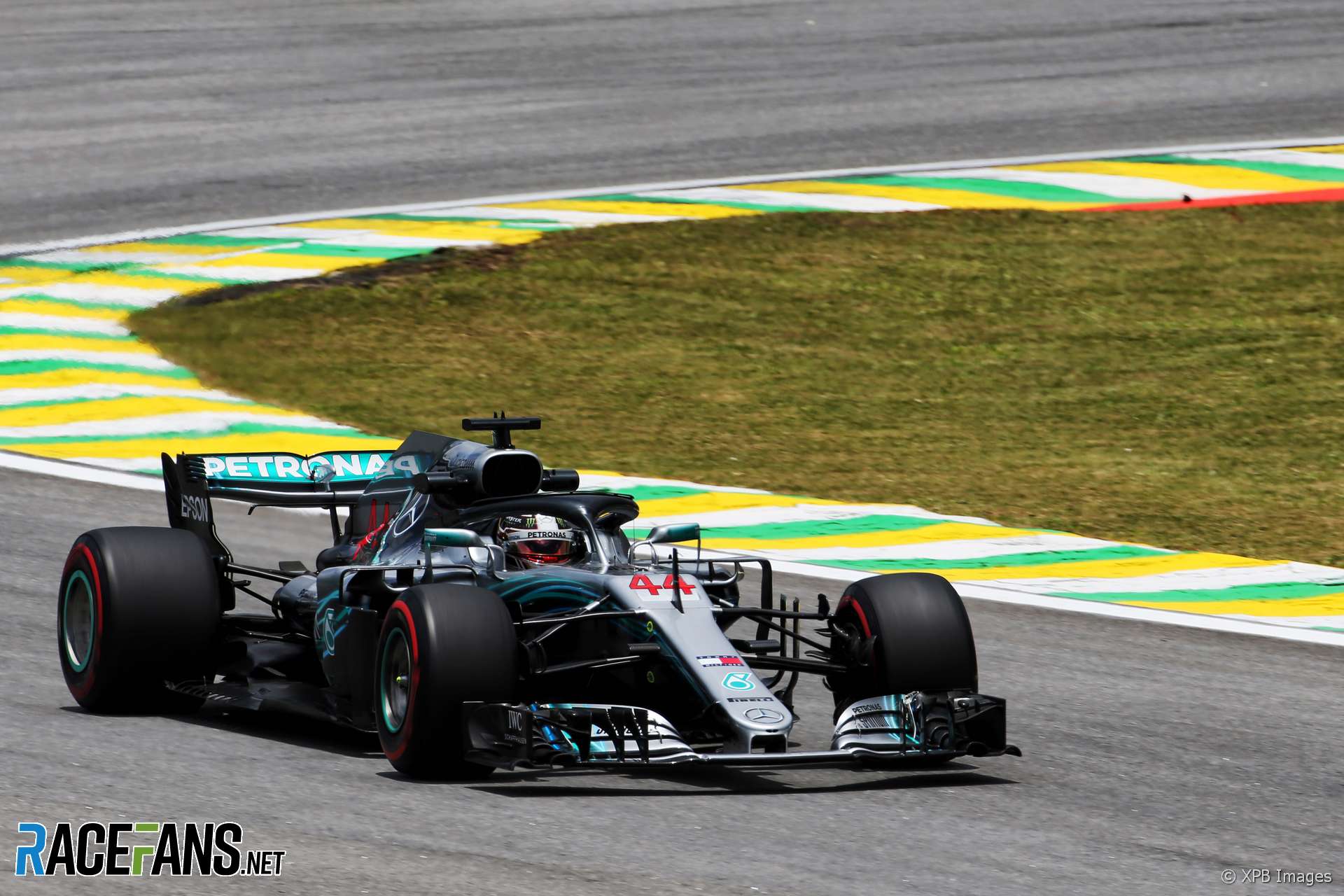 The high-speed near-miss between Lewis Hamilton and Sergey Sirotkin during qualifying at Interlagos initially looked like a slam-dunk penalty for the Mercedes driver.

Sirotkin caught Hamilton quickly and swerved onto the grass as the Mercedes driver made a late attempt to clear a path for the Williams. While it appeared Hamilton had held up a driver who was attempting to set a lap time, it soon emerged this wasn’t the case.

What at first looked like a classic case of ‘impeding’ turned out to be something else, as FIA race director Charlie Whiting explained at the end of the weekend.

“It looked a bit scary I admit,” he said. “But the predominant factor is both drivers were on out-laps.”

At Interlagos, the long flat-out climb to the start/finish line means most drivers prepare the begin their flying laps at the same point on the track between Mergulho (turn 11) and Juncao (tur n12), where Sirotkin caught Hamilton.

“Drivers tend to do all their preparation before turn 12, go slowly into turn 12 and then accelerate hard out of turn 12,” Whiting explained. “You can see the all bunching up when they go out, even in [first practice] for example they’ll bunch up there, then they let that go, then the next card goes, this sort thing. I understand that Lewis was doing that.

Hamilton correctly assumed Sirotkin was on an out-lap. However he was not aware Sirotkin was running on a used set of tyres and therefore having to push harder to increase temperature.

“[Hamilton] was told that Sergey was behind him. But he was on an out-lap so Lewis was thinking, ‘OK, we’re fine here, I can do my usual routine, get a gap to the car in front’.

“Sergey felt the need to go a lot faster because apparently there’s a problem with tyre blankets. He was coming through turn 11 flat-out. Obviously Lewis saw him coming and thought it was a car on a fast lap the team didn’t tell him about. So he went to move over to let him through and Sergey had already committed left. And that was the reason for the incident.”

Whiting believed the incident was “just a misunderstanding – I looked because it was clear immediately to me what had happened and no one had done anything wrong.”

While Whiting does not rule on incidents, he has the power to refer them to the stewards. Teams can also raise protests if they choose to. However Sirotkin was also of the view Hamilton had done nothing wrong and said he wasn’t surprised there was no investigation.

“It’s very normal, it’s just been quite a unique situation which you never really find,” said Sirotkin. He downplayed the incident, stressing Hamilton “saw me in the last moment and I think he tried to give me room”.

Sirotkin wasn’t the only driver who encountered Hamilton on the racing line during the session. Kimi Raikkonen also dodged around the Mercedes driver. This too was not investigated.

Out of the seven accusations of impeding which were investigated this year, only three led to sanctions, and just one of those received a grid penalty. The stance taken by the stewards indicates they are unlikely to take action unless a driver has been significantly held up by a rival while trying to set a lap time.

There have been seven investigations of alleged impeding this year, three of which have resulted in sanctions.