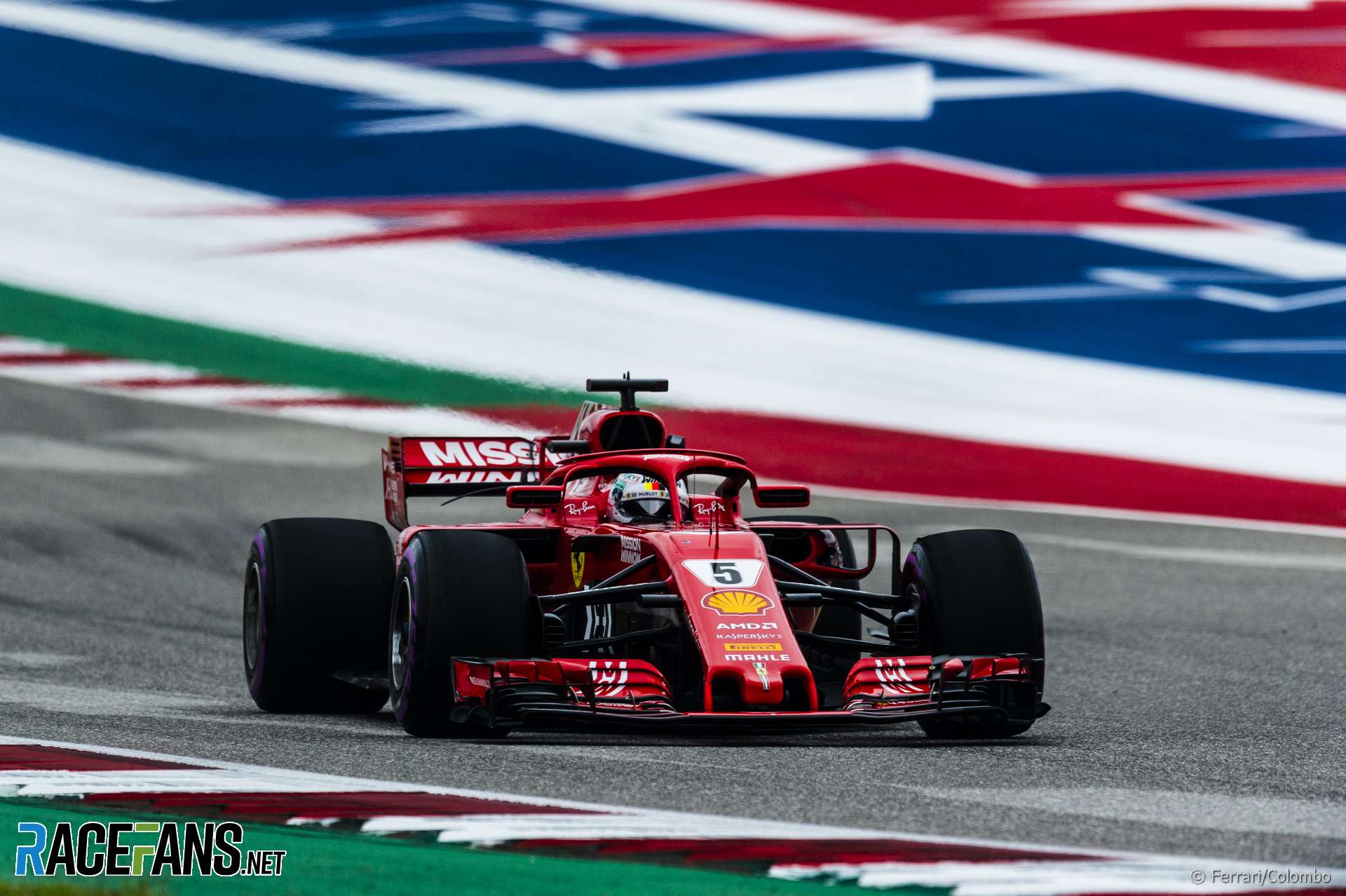 “I would have liked it to be a bit closer an the other way around,” said Vettel. “I was pretty happy with the car, obviously a lot better than in recent weeks.”

The team did not look competitive on Friday when they were out-paced by Red Bull on a wet track. But in dry conditions on Saturday they were immediately on par with Mercedes.

“I think we have our issues,” said Vettel. “A day like yesterday I think showed that we are not entirely understanding what’s going on.

“We went back with major parts and it seems better that way so there’s a lot of understanding we have to do.”

Ferrari had introduced a new floor for this weekend’s race. However other upgrades the team has introduced recently appear not to have yielded the desired gains.

Vettel admitted the turnaround in Ferrari’s performance has made him more optimistic about the race.

“It’s been very close. Obviously the last weeks you’d probably say no because Mercedes was a lot faster. But today has been giving some hope and hopefully we can have that hope tomorrow as well.”

However Vettel’s race has already been compromised by a three-place grid penalty for failing to slow sufficiently for red flags in first practice.

“It’s quite annoying,” he said. “With the rules we have maybe you are better off stamping on the brakes to comply with the rules rather than look around and see what is going on.

“But same rules for everyone, it hit other people before me, now it hit me, it’s the name of the game.”

Vettel was infuriated after narrowly failing to beat Hamilton: