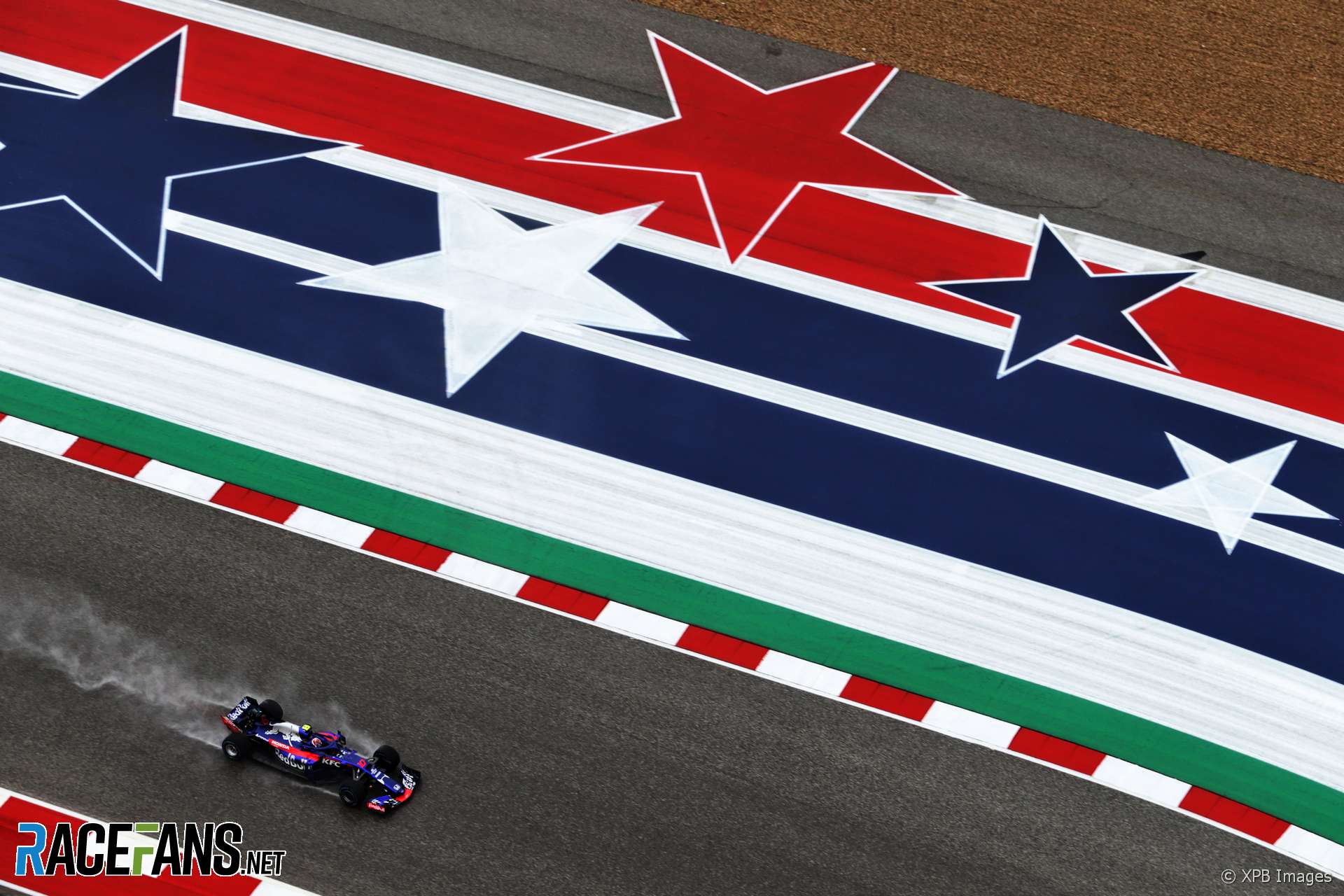 In the round-up: Pierre Gasly told RaceFans he rated the Circuit of the Americas “at the top, not above Spa because Spa is a special one, but I think it’s in the top five.”

Gasly had his first chance to drive the Circuit of the Americas in dry conditions on Saturday:

I knew that I had only Q1 to do so in a way I really enjoyed it. On such a cool track I just tried to enjoy all the laps you get. It was a good session, I’ve felt good in the car since the beginning of the weekend: in the wet in the dry. In Q1 was a good performance. I think the package we have at the moment we showed in Suzuka it worked well in quali. This weekend I think we had another good chance to have a good performance. Of course it’s a shame not to carry on.

I think this penalty with the engine’s a bit silly. I don’t know if there is anything we can do to change it but of course as a driver you would like to do all the qualifying and just start in the position you deserve. Especially on a track like this I was really looking forward to drive in dry conditions, low fuel, flat-out. And yeah, was mega. I’d’ve liked to keep going but with the penalty it was impossible.

The signs of discontent among the @F1 teams are growing ever clearer: https://t.co/JzfL2RzI8W #F1 #USGP

My @F1 weekend so far: I’ve had 4 people think I’m @Canelo and I’ve been asked to take a photo OF @josefnewgarden @AlexanderRossi @michaelandretti and some folks together. Good to be back! 😂 #USGP

No flies on @GeorgeRussell63. Says he wants to see the awesome talent that is rising star @OconEsteban alongside him at Williams so they can go toe to toe. Brave. Good on yer George. #f1

Uh oh Romain. Looks like you’ve lost your car for quali. Viviana says she’s going to be an F1 champion one day. I don’t doubt it. Look at that grin. @HaasF1Team @F1 @RGrosjean pic.twitter.com/W0YfZuVJ0o

We have no other choice to be compliant with the new thresholds if we don't want to disappear by inertia. The uncertainty of a future e-WRX championship is not compatible with the calendar of our electrified offensive, which is starting now! That's why we are withdrawing from WRX

If this Miami event is supposed to be a good advert for @F1 then FOM have failed miserably. What happened to the awesome London Live event we had that was also televised? Nothing they've done has since come close.

Over the next two days, @Channel4 are dedicating 8 hours and 55 minutes to live @F1 action in primetime. Make the most of it, because it all changes in 2019… #C4F1

Alonso said he felt "fantastic" despite only qualifying 16th. "I think I'm 18-0 to my team mate, one of the greatest talents out there, so beating everyone with the same car is maximum satisfaction." #F1 #USGP pic.twitter.com/Iu5hKFO9ue

"There’s been too many negative stories. Too many question marks on how some races or championships were won. And being a great champion is more than just winning races."

Book extract: Turmoil that led Hamilton to brink of quitting the sport he now dominates (The Times - registration required)

"You need Lewis, I need Lewis and Formula One needs Lewis. I tell you what — if we have to go to $35 million, I will pay half."

"His triumphs have not been as widely and warmly celebrated as those of, say, Sir Andy. And Hamilton has merely an OBE next to his name. Why? It's reasonable to suggest the following: accent, tax exile, lifestyle, skin colour."

Does Sergey Sirotkin deserve a second season at Williams?

He’s got more potential in the long-term than Kubica as he’s in the early-ish 20s while Kubica is closing the mid-30s, so, therefore, he has much less active years left than Sirotkin has.

Furthermore, I like Sirotkin as a person, so, therefore, losing him after only one season would be a little shame. I’d be OK with him being left without a drive in favor of someone like Ocon, but not as much in favor of someone who’s been away from this form of racing for a long time.
Jere (@Jerejj)

17 comments on “COTA one of the top five tracks – Gasly”