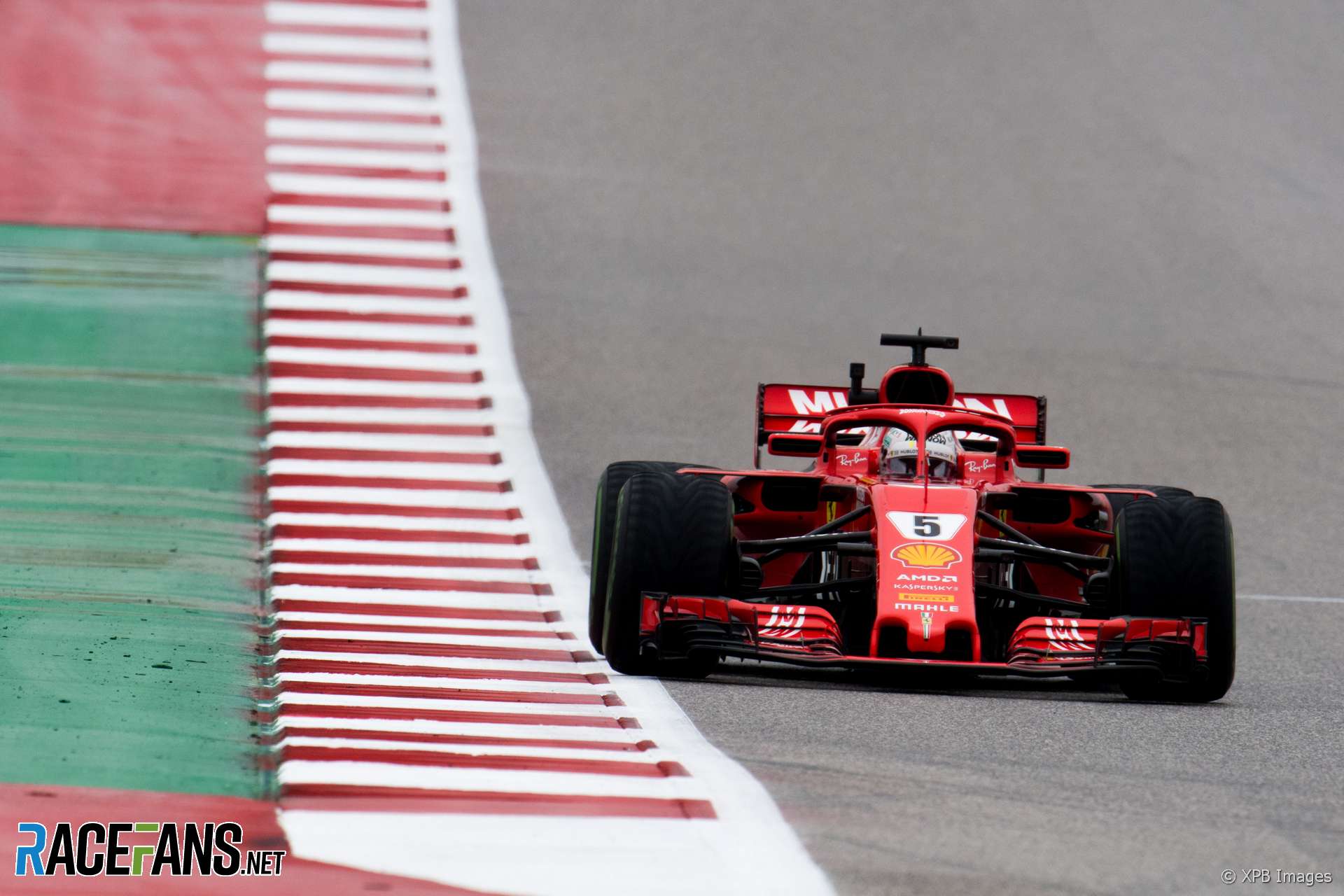 Sebastian Vettel’s three-place grid penalty for failing to slow sufficiently for red flags during practice yesterday is “harsh”, according to Pierre Gasly.

The Toro Rosso driver was one of 14 competitors who were on the track when first practice was red-flagged yesterday. Vettel was the only one who was found to have not slowed down enough to meet the target minimum lap time which drivers must obey to ensure they do not drive too quickly.

Vettel claimed the speed limit is set too low during wet sessions, a view Gasly had some sympathy for.

“The tricky thing with this time to respect is that actually it’s a really slow lap,” he said. “If the crash is in turn nine and for some reason you don’t pay attention or someone speaks to you, then towards the end of the lap just before you come into the box you can be a couple of tenths up.

“It’s quite a harsh penalty. If you’re being really careful when you pass in front of the crash and just after you didn’t pay attention so you get a penalty like this.”

Vettel is the third driver to be penalised under new rules which were introduced for 2018. Daniel Ricciardo and Esteban Ocon also received three-place grid penalties for incidents in Australia and Japan respectively.

“In this situation before when there is a crash and there is a red flag you just slowed down a lot in the place you have the crash and then after that you drive carefully but it’s not like you need to respect a certain time,” said Gasly.

“It always worked in the past. Now it’s quite strict. But at the same time rules are rules, you need to respect them.”

“There is probably something we shall do because three penalty points for something like this is where you have been actually careful in the place you are to be is quite harsh,” Gasly added.

Vettel’s penalty is a further blow to his dwindling championship prospects. “It’s a shame especially looking at the situation, still fighting in the world championship and now he gets a penalty,” said Gasly. “It’s not so exciting.”

However Carlos Sainz Jnr, another driver who was on track during the red flag period, said Vettel had little argument against his penalty.

“I haven’t really looked to what happened with Seb honestly too much in detail,” he said in respond to a question from RaceFans.

“It is true that when there is a red flag on a wet session our lap time delta is really slow so you really need to slow down. Same rule for everyone, though, so there’s not much of an argument.”

@Josh5Holland contributed to this article.