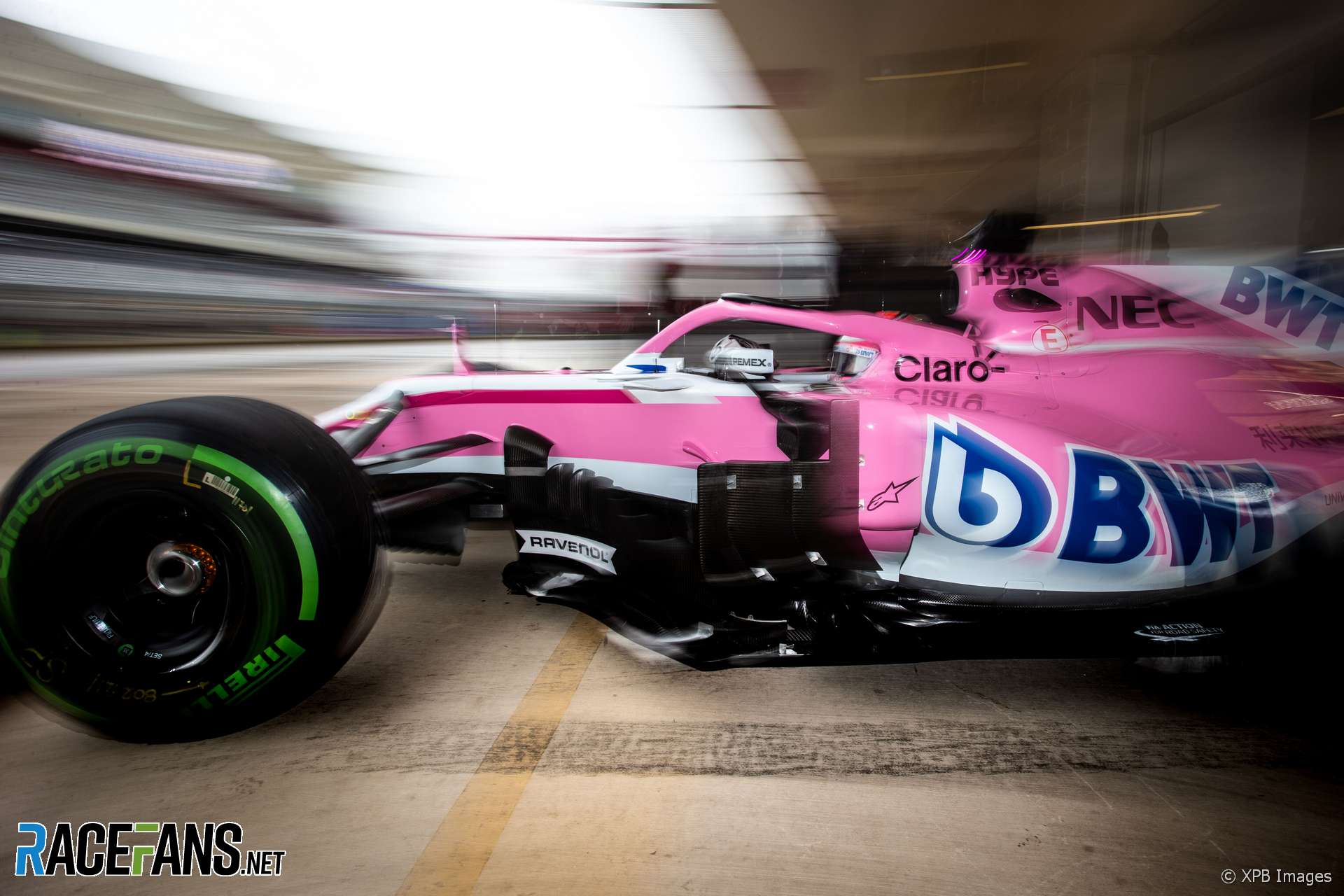 Force India is planning to change its name for the 2019 F1 season, team principal Otmar Szafnauer has confirmed.

The team was taken over by a consortium headed by Lawrence Stroll during the summer break, after it went into administration. It re-entered the sport under the title Racing Point Force India, though its constructor name remained Force India.

“We are making those plans,” Szafnauer confirmed in response to a question from RaceFans. He said the final name hasn’t been decided but it will be chosen “well in time” to be approved by the F1 Commission.

The team had considered a name change before its sale. Szafnauer believes it will be “easier” to settle on a name following the change of ownership.

“I think in the last year some of the considerations were around selling the team. That bit of it’s taken away. We just have to come up with the right name that will last a long time.”

Force India originally entered the team as Jordan in 1991. It went through three changes of names after Eddie Jordan sold his team, becoming Midland, Spyker and finally Force India in consecutive seasons from 2006 to 2008.