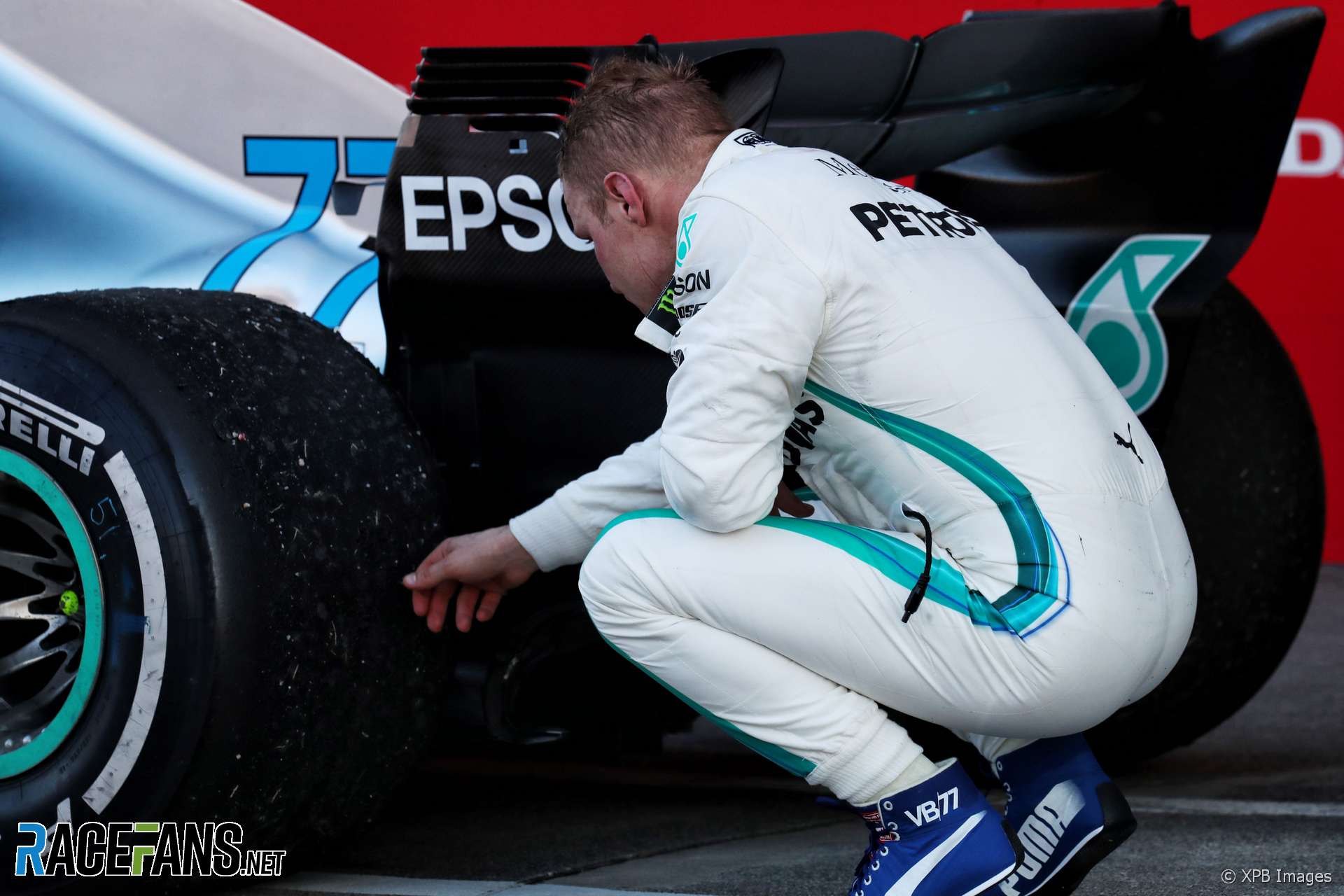 Drivers have had to manage their tyres more carefully in recent races due to blistering, said Bottas.

“We had to do a lot of management at pretty much every race this season and especially at the last few there have been issues with the blistering,” he explained.

“Once we are getting to a certain temperature we know it’s going to happen at some point. So then we’re just not pushing to go over those temperatures and trying to manage.

“At some places, like [Suzuka], when it’s hot, in this high energy track, laterally, it’s pretty difficult and it does feel at times that you are completely cruising around which is not ideal.

“You know there’s so much potential in these cars and my thinking is if everyone did one stop today, if you do one stop pushing flat out it would be more fun but that’s the issue for everyone now. The cars are quicker than ever.”

Bottas has already sampled Pirelli’s prototype tyres for 2019. “I was involved in some of the testing for next year’s tyres a couple of weeks ago,” he said. “I’m sure they are pushing flat out and hopefully it’s going to be a bit better next year.”

His team mate Lewis Hamilton believes Pirelli should bring back the thinner-gauge tyres which were used at the Spanish, French and British Grand Prix to reduce the blistering which has been seen at recent races.

“I think Pirelli have done a really good job this year,” he said. “The cars are faster than ever before, we have more downforce than ever before so there’s more force going through the tyres. And so every time they improve the tyres, we improve the car and we pretty much have a similar issue of blistering.

“But they do have the lower gauge tyre which we used earlier in the year on which we didn’t see any blistering. I’m not really sure why they didn’t continue using that for the year but I’m sure that’s probably something they will engage in next year.”