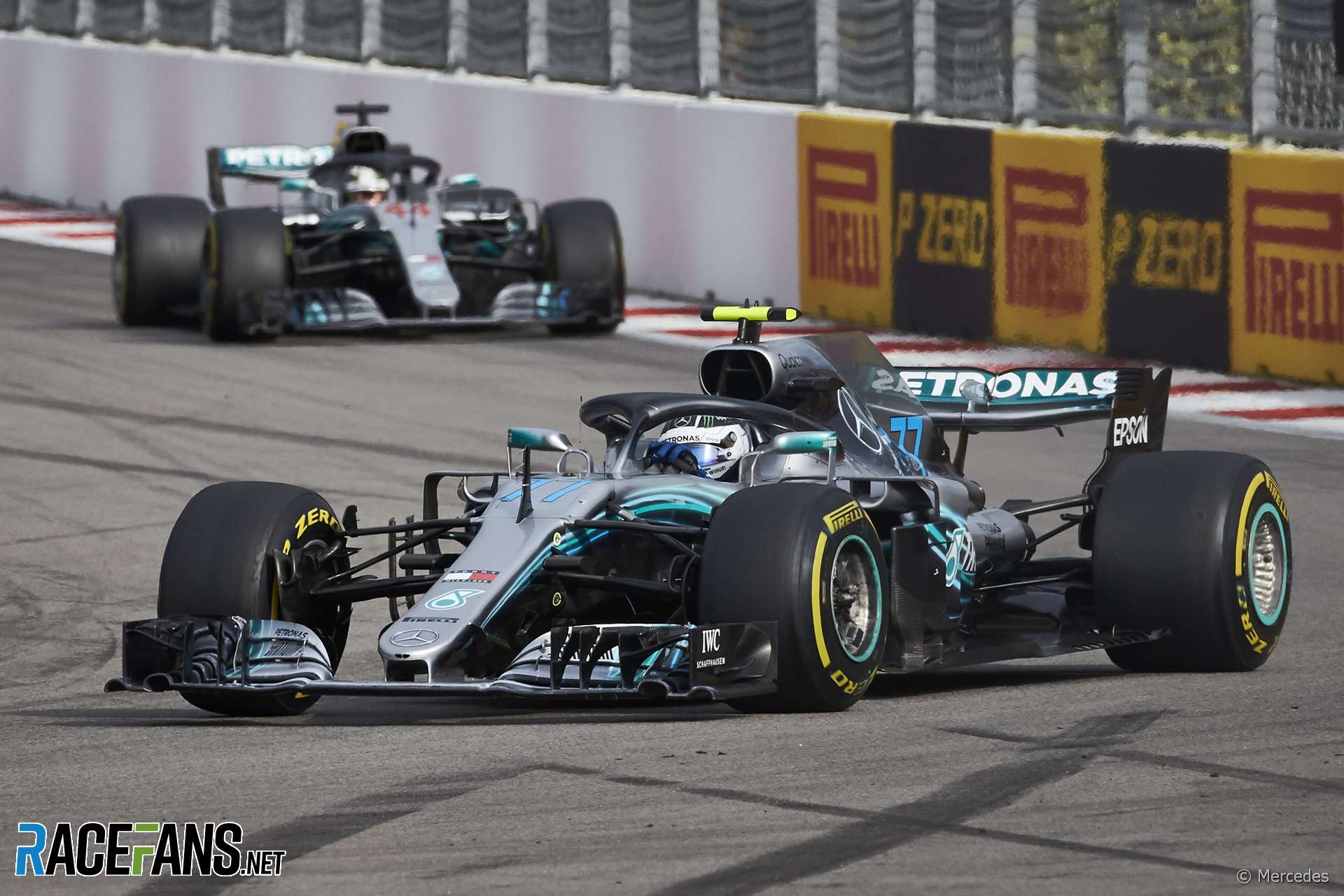 Lewis Hamilton scored his eighth victory of 2018 when Bottas, who is yet to win this year, let him past on the 25th lap of the Russian Grand Prix.

“I reckon the German team’s decision was the right one,” wrote Brawn in a media release from Formula One Management. “The primary aim for a team is to get the best possible result for both championships and that’s what they did.”

Brawn imposed team orders on several occasions during his F1 career, including while he and Hamilton were together at Mercedes in 2013, when Nico Rosberg was instructed not to overtake his team mate during the Malaysian Grand Prix.

“I have found myself in this situation many times in the past,” said Brawn. “Personally, I always believed the collective interest of the team comes before that of an individual driver.”

Large numbers of fans criticised the change of positions, which Brawn acknowledged.

“In may not be easily accepted by the fans, nor look good for the sport, and that is where the team have to judge the circumstances and make their decision.

“I can understand Bottas’s frustration, as he had a great weekend, demonstrating how well the Sochi track suits him, but team-orders are part of the sport. Also, it’s always better to apply them in a transparent manner, rather than trying to hide it, something we have seen sometimes in the past, which raised accusations of deception.

“It’s not the most attractive aspect of our sport, but it’s always been a part of it, good or bad, and it is better to have it in the open.”