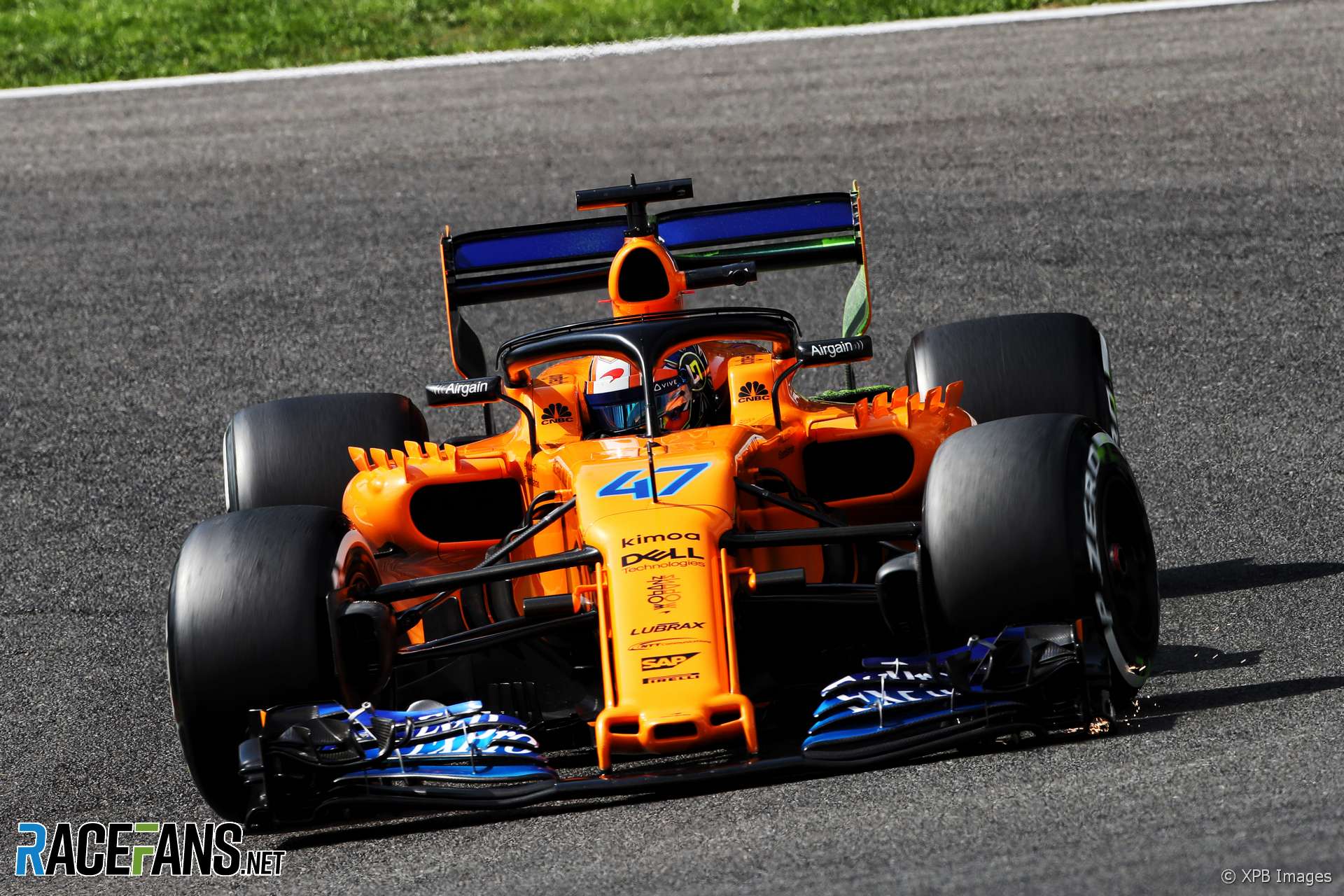 Lando Norris and Antonio Giovinazzi will drive during Friday’s first practice session ahead of the Russian Grand Prix weekend.

McLaren had previously indicated Norris, who will drive for the team in the 2019 F1 season, was unlikely to make further practice outings for them at races such as Sochi where he is also competing in Formula Two. “I think we’re probably not helping him in Formula Two right now bouncing him back and forth between Formula 1 cars and Formula Two cars,” said McLaren Racing CEO Zak Brown earlier this month.

Sochi is the penultimate race weekend for the F2 drivers. Norris goes into the final four races 22 points behind championship leader George Russell.

“[It] will be a busy weekend for him as he combines his F1 duties with his F2 championship campaign,” said McLaren sporting director Gil de Ferran. “Nevertheless, this will hopefully be another positive step in his development.” Norris previously appeared for the team during practice at Spa and Monza.

Giovinazzi will also be at the wheel of Marcus Ericsson’s Sauber in the first practice session. He has been tipped for a potential move to the team next year in place of Ericsson alongside Kimi Raikkonen.

It will be Giovinazzi’s third practice outing of the year for Sauber, following his previous appearances at the Hockenheimring and Hungaroring.