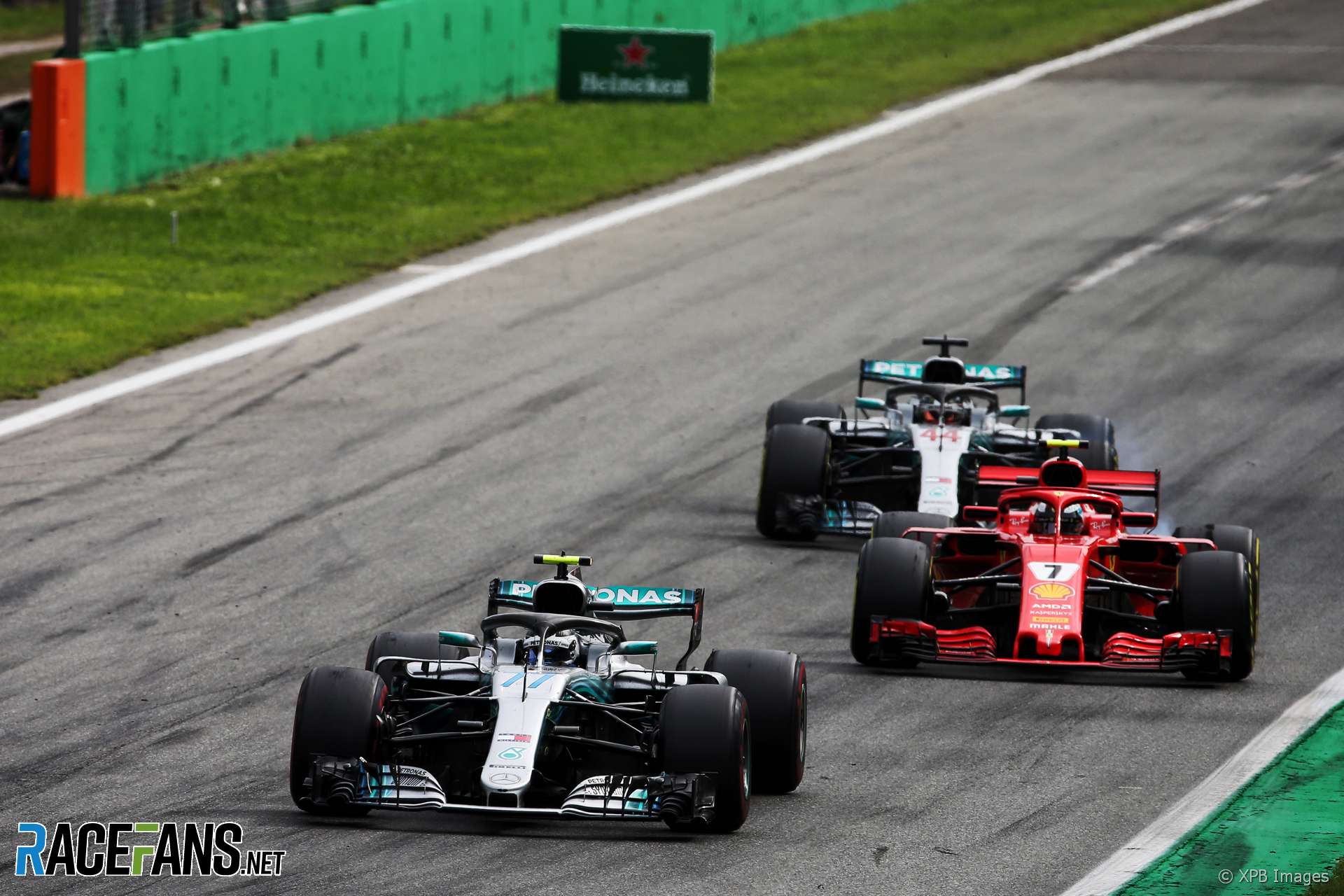 Mercedes left Bottas out for long enough in his first stint that after race leader Kimi Raikkonen pitted he caught the Mercedes. Bottas spent around seven laps in front of Raikkonen, which allowed Hamilton to catch the Ferrari and made it harder for Raikkonen to preserve his tyres.

Bottas said the team had considered the various race scenarios before the start and concluded that running a long first stint made “minimal difference” to their total race time.

“It wasn’t like I was really sacrificing my race as long I was keeping Kimi behind,” he explained. “If he overtook me then for sure I would lose time.”

Although Bottas conceded that “maybe a little bit earlier would have been ideal for me to stop” he said he was “happy to do it because for me I knew I would still get a chance to attack Verstappen.”

“So I think it didn’t compromise my result, it was all good.”

Bottas was classified ahead of Verstappen after the Red Bull driver was given a five-second time penalty for a collision between the pair.

Mercedes previously indicated they would consider imposing team orders after Sunday’s race. Bottas is 97 points behind his championship-leading team mate with 175 available.

“Honestly the points difference between me and Lewis is now very big so I’m willing to co-operate when it makes sense,” he said. “We’re here as a team and we need to be realistic. The team wants to win both titles.”