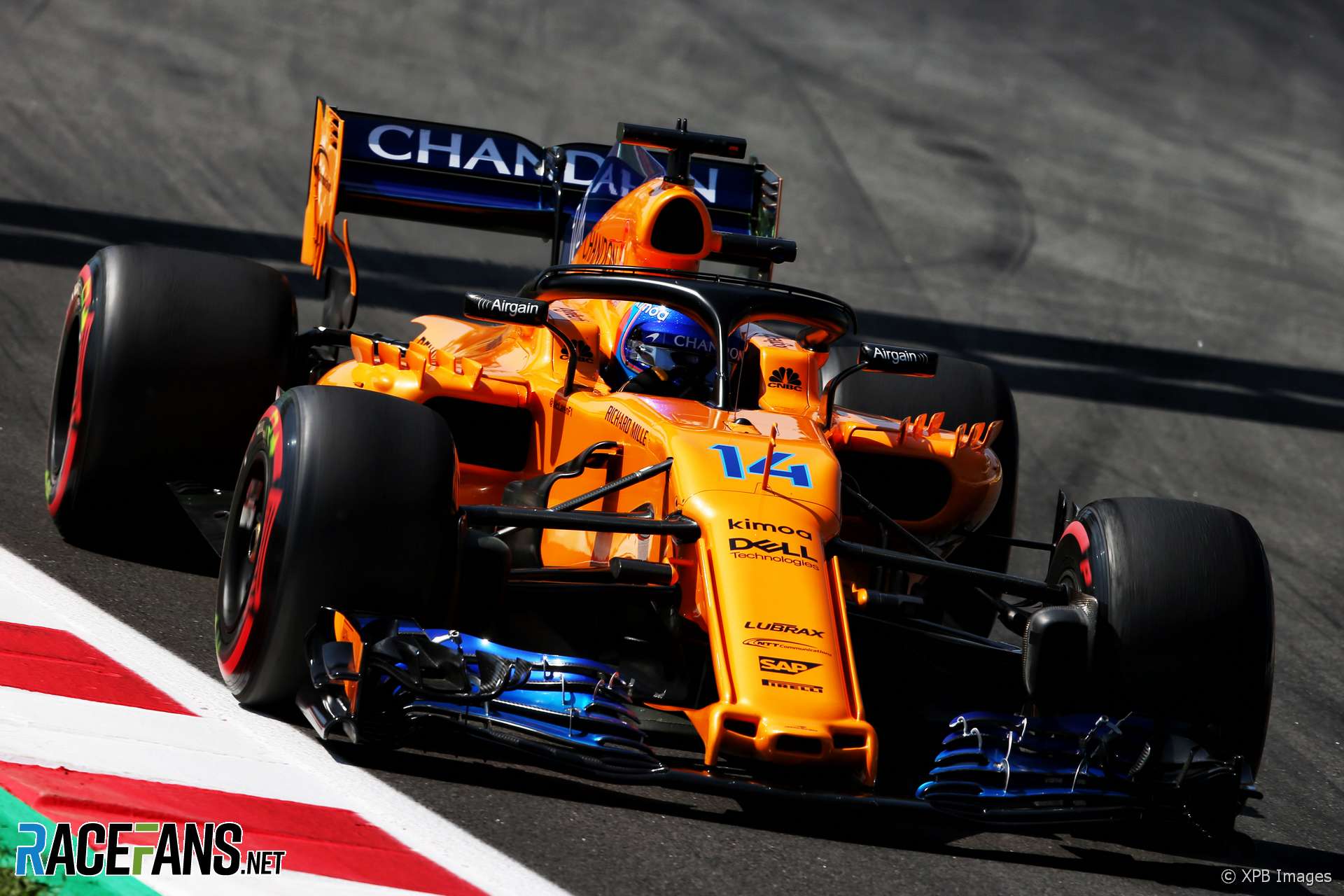 McLaren has only introduced a single significant upgrade to its car this year due to its ongoing technical problems, Fernando Alonso has said.

The team has admitted the MCL33 produces less downforce than last year’s. Alonso said the team is “working very hard and very deep into the weakness of the car”, which wasn’t apparent after winter testing.

“First we identified them in race three, race four. In Barcelona we introduced a new package with a new nose and different things and we recovered a little bit the level.

“So we performed well in Barcelona, in Monaco. But then we came back to our original problems and a lack of performance.”

The team chose to use Friday practice sessions during race weekends to concentrate on solving a fundamental problem with its car’s aerodynamics which it did not detect in wind tunnel testing.

“I think now after investing three or four Friday FP1s, doing just aero development and aero understanding, we know that maybe we compromised a little bit the race weekend and the performance in qualifying but we get a lot of information on those Fridays. I think now we are in a point of we know exactly what to do.”

However the majority of what the team has learned won’t lead to improvements on this year’s car.

“There are some fixes for this year but let’s say that 70% of the knowledge and the understanding of this car will be for next year’s project because it requires time, three or four months’ development and wind tunnel time et cetera. It’s probably better to invest for next year.

Alonso said some of the development items the team has brought this year were “experimental” and did not deliver the expected gains.

“We had basically one upgrade this year in Barcelona. All the other races we brought small parts that they were not significant performance on it.

“Some of those parts were experimental. Some of those were negative, not positive. Overall we only brought one update. We were between seventh and 10th in Australia in the beginning of the year. We came back from seventh to 10th in Barcelona, Monaco. And then we are going back, back.”