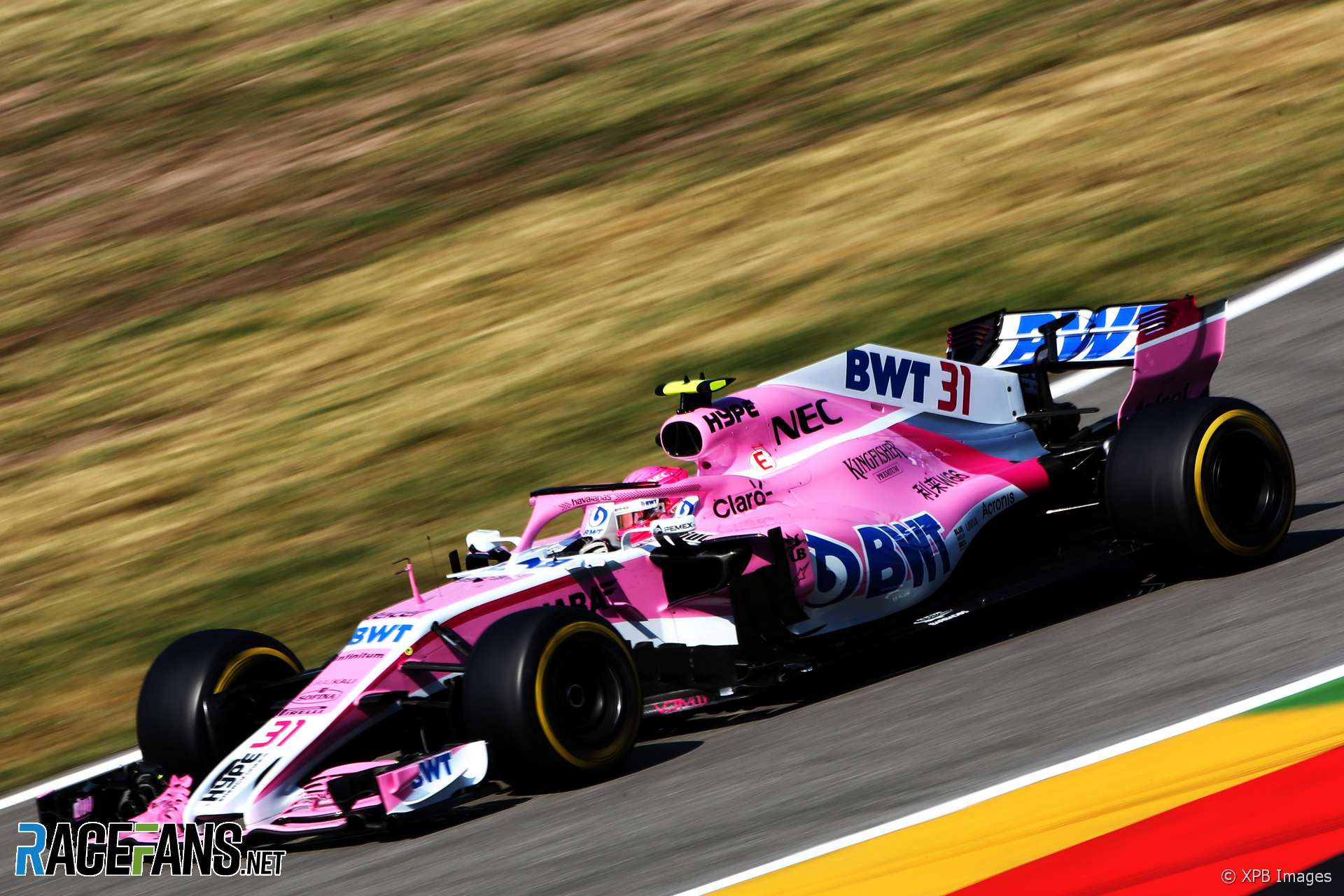 Esteban Ocon says his improved performance in qualifying compared to team mate Sergio Perez is a result of the work he has done since last season.

Ocon, in his second full season in Formula 1, has out-qualified Perez in all of the last seven races.

“Last year I had to work on that aspect in qualifying,” he said. “This year I’ve been improving that side and it’s paying off at the moment, I’ve got that little edge over Checo there.”

Despite his consistent run of success, Ocon admitted it’s still “very close” between the two drivers.

“He’s very strong so I can’t just stop working and still be there, you have to keep pushing all the time, because he is. It’s not over yet.”

Ocon wouldn’t reveal where he has made a breakthrough with his qualifying performance. “There is a few things I’ve changed in the approach that have helped me a lot, I won’t say them but I know what the biggest difference is in how I’ve approached that. It’s been very useful.”

However he revealed he is now using a different steering wheel to his team mate. “It’s quite important to get it how you want,” he said. “We have a new steering wheel since a couple of races, I adjusted my grip and I won’t go into details but there’s a few things we’ve adjusted. A few different things between me and Checo.”

“Of course you discuss steering wheel with the team, the shape of the steering, how you would like it to be, the grip you want, where are your preferences,” he added. “But most of the time it’s thought so well by the engineers that you don’t really need to change what you want – of course the most important buttons are closer to your hands and the less important buttons you don’t want but so long as you get used to it and you don’t make mistakes it’s all good.”