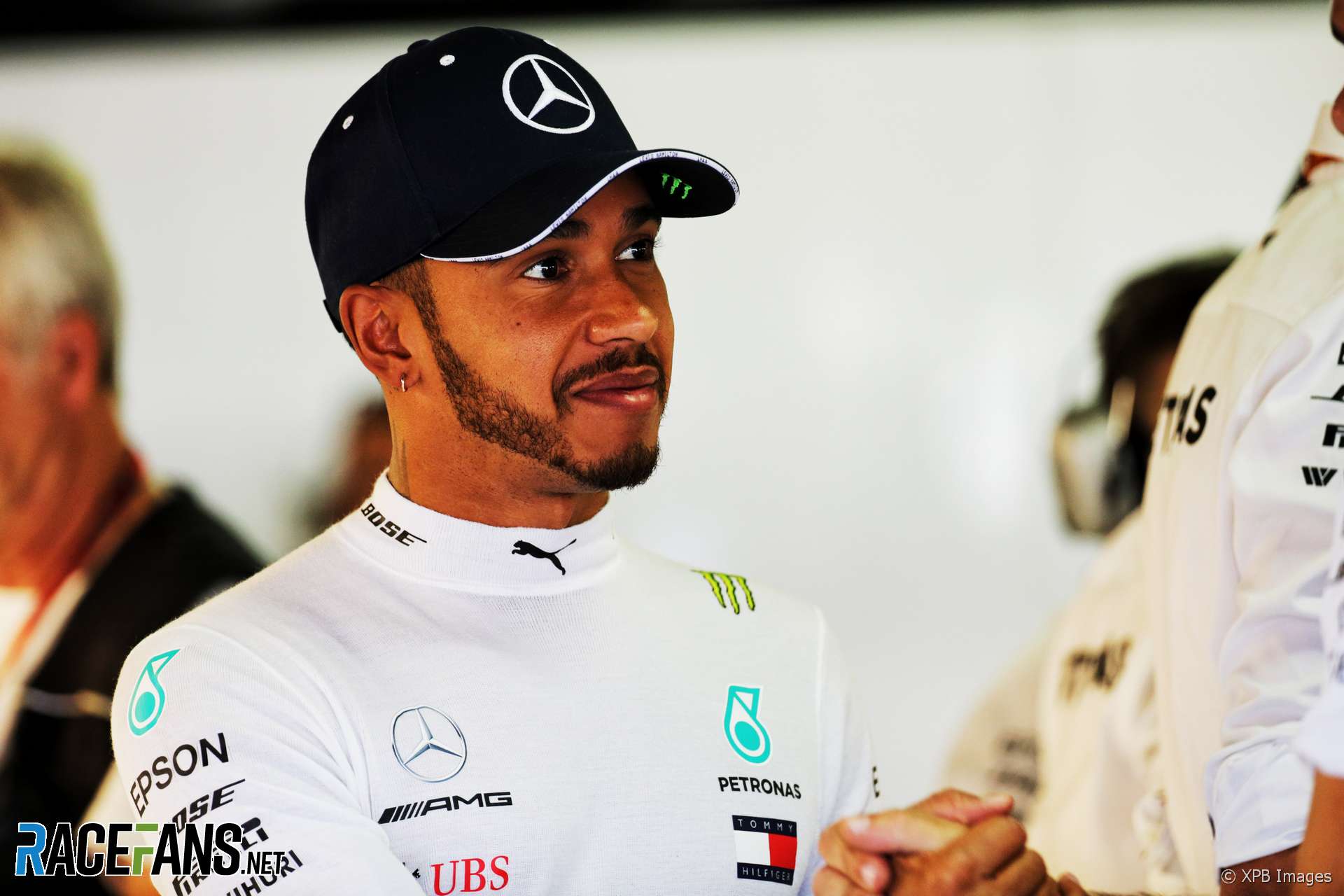 Lewis Hamilton says motor racing can be a “money pit” for young drivers trying to break into the sport and believes more should be done to help them.

Hamilton recently pointed out he sees few drivers from similar backgrounds to his coming through the ranks into Formula 1.

“When people ask me where the next me is coming from, I say: ‘No, these kids come from wealthy backgrounds, not from the struggle I came from,” he said earlier this month.

“It goes to the fundamentals of how the sport is governed. There are so many aspects that are not being tackled. There are only wealthy kids coming through. There are not kids from working class families.”

The Mercedes driver revealed yesterday he has signed to drive for the team for another two seasons in a deal reputedly worth tens of millions of dollars.

Asked by RaceFans whether he had considered establishing a foundation to help young drivers from working class backgrounds into F1, Hamilton said: “I haven’t.” However he indicated he is interested in working with the FIA to improve access to motorsport for young drivers.

“I would like to do something with the FIA,” he said. “I guess I’ve got to speak to Jean [Todt] or whoever is above or around him just to try to work something out because there’s definitely some improvements they can do about what they do with the younger generation.

“If that discussion then leads into finance and all that kind of stuff we’ll cover that at the time but at the moment I’m not going to just to put money over there without a plan.”

Hamilton said the complexity of motor racing’s lower categories and the cost of competition makes it difficult for some young drivers to rise through the ranks.

“It would be cool to help young kids but how you go about it is the question. There’s all these different championships below that are owner by different people.

“Karting’s not the way it was when I was there. We’ve got people here who are paying the teams millions and millions. You’ve got people who are spending millions to get here and don’t get here. For a lot of people it’s a money pit.

“It’s something it would be cool to be a part of.”