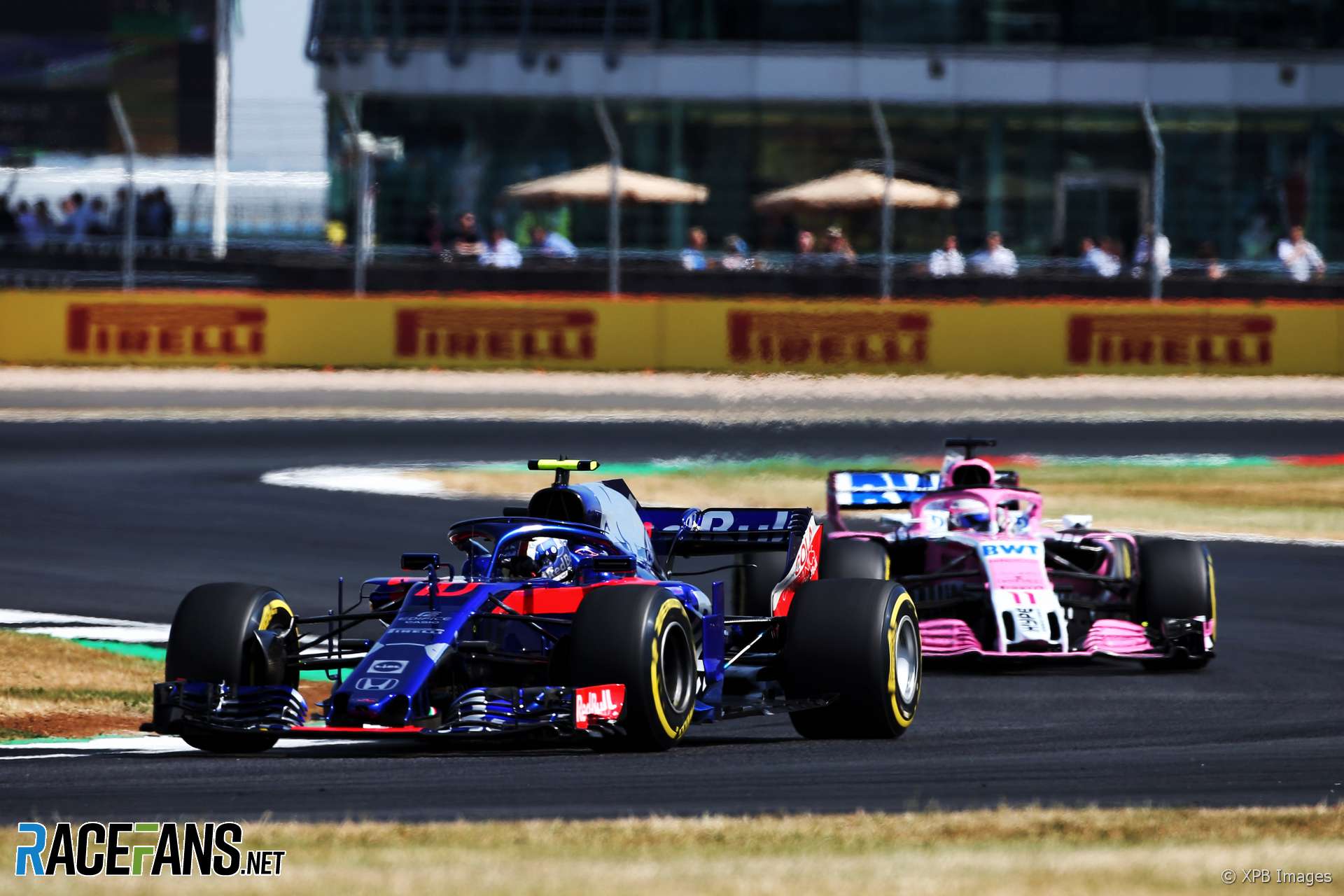 Pierre Gasly says he is sick of “bullshit penalties” in Formula 1 after a post-race sanction cost him a points finish.

The Toro Rosso driver was given a five-second time penalty and points on his licence for the contact with Sergio Perez. The penalty dropped him from 10th place to 13th, and lifted Perez into the points.

Gasly criticised the decision in a post on social media.

“Every weekends there are contacts with no further action, that’s part of racing and what makes it exciting! Was close battle, I enjoyed it. Just let us race and stop all this bullshit with penalties! Will keep fighting.”

In their verdict on the collision the stewards conceded “Gasly’s manoeuvers were generally reasonable, and that he was attempting to make a good racing pass.” However they concluded he was responsible for the collision which forced Perez off the track and allowed Gasly through.

Perez supported the penalty and said he gave Gasly room to avoid contact. “Gasly pushed me off track,” said the Force India driver. “I gave him enough space but that was not enough. We still made contact and I lost the place.”

“I believe it was an unfair move. I’m pleased that the FIA took action after the race to penalise Gasly, which gave me back the final point.”

31 comments on “Gasly sick of “bullshit penalties” after losing point”