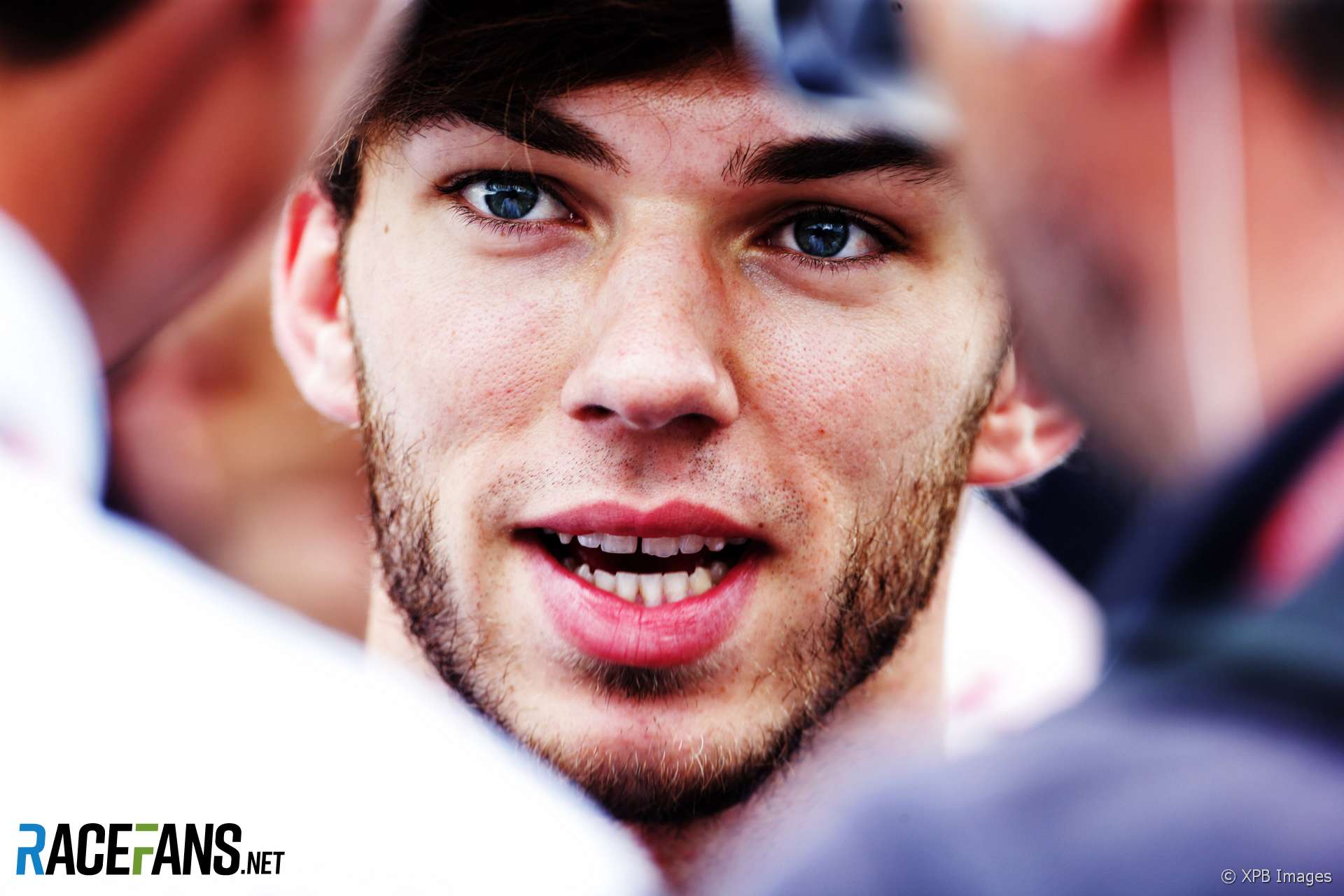 Pierre Gasly says Toro Rosso is falling behind its midfield rivals who are developing their cars more quickly.

The team hasn’t scored in the last three races and Gasly says they are finding it hard to predict whether they will be competitive at Silverstone.

“On paper there are a lot of long straights [here] so we expect it to be quite difficult,” he told media including RaceFans at Silverstone.

Gasly said Toro Rosso “didn’t make the step the others did in the last few races”.

“Clearly Force India since Baku are pretty strong. We saw [with] Sauber in Austria, Marcus [Ericsson] was fast as well, both cars in the points, so they are really fighting in the midfield. Haas are really fast and Renault as well.

“So objectively at the moment we are more at the back of that midfield. We hoped that the upgrade we used in Austria could put us back more in the midfield like right in the middle. But at the moment, we didn’t make a step backwards, but just the others have improved a bit quicker than us in these last few races.”

Gasly believes the close competitive in the midfield is more demanding than it is for the front-running teams.

“I think it’s more exciting for everyone,” he said. “For us drivers it gives us more adrenaline because you have no room for error.

“If you make a mistake which cost you three tenths you can lose like four, five positions. I think that’s a bit what’s lacking for the top three teams. They can make a mistake of five, six tenths, even one seconds, and still be P6.

“So I think it’s more exciting for us drivers and also everyone to be really tight and not really knowing who is going to be P7, P8, P9. Even though at the moment I think we are more at the back of the midfield but still two or three tenths if you put everything together you can extract a bit more.”