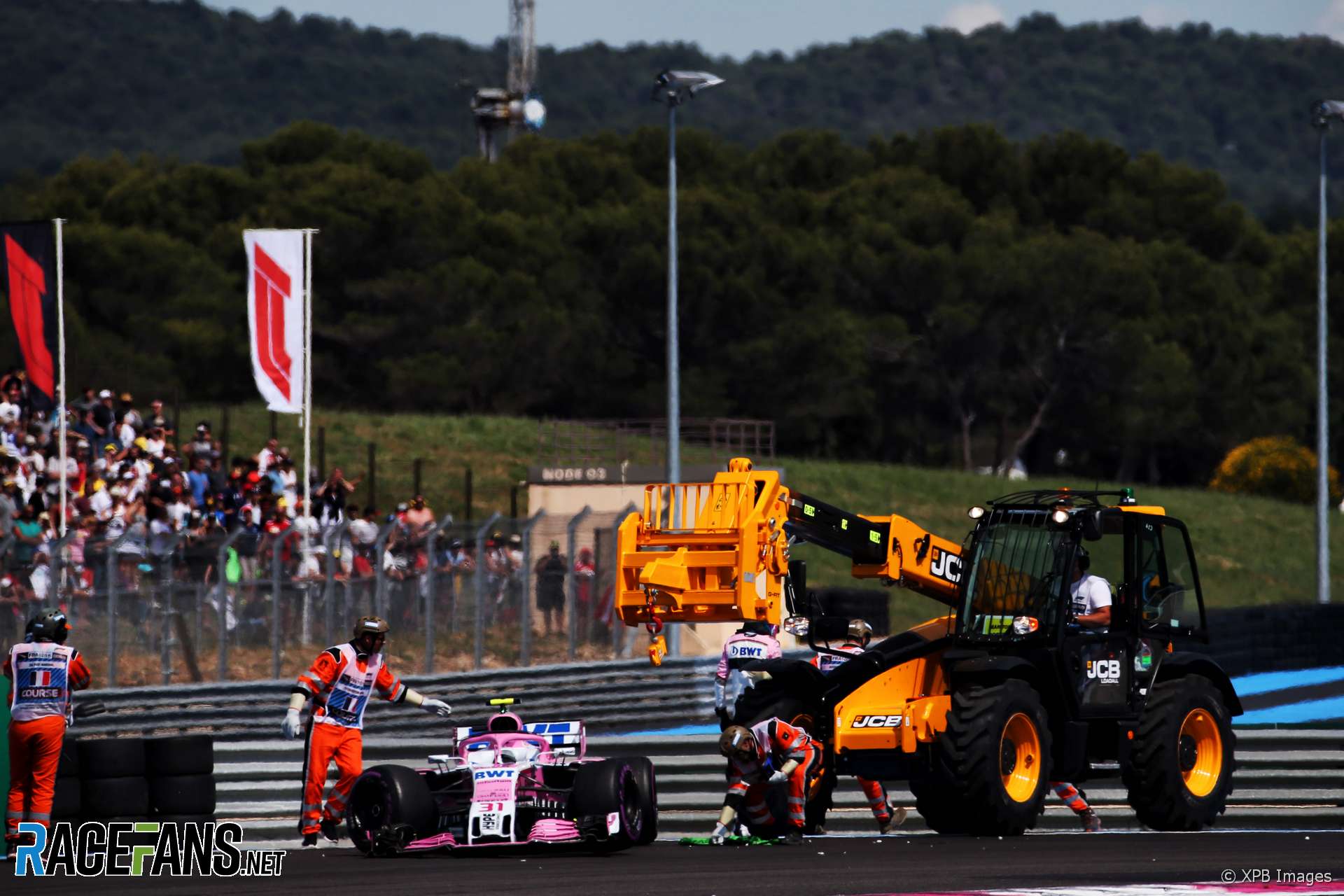 Esteban Ocon’s home Grand Prix ends in disappointment a mere three turns in, after collisions with the two other French drivers in F1.

Speaking to media, Ocon said that the first collision, with Romain Grosjean, was what took him out of the race and contact with Gasly merely confirmed it.

Of the turn one collision, he said “I took a good start, you know I was alongside Romain. I had one wheel already over the white line so I was already on the edge of the track. There was nothing, nobody on the side of Romain and I got a massive hit, so already from that I would have retired the hit was so big and after that Pierre lost it on the brake and hit me from the back.”

Sounding appropriately miserable, after not completing even half a lap of his home Grand Prix he said “Very disappointing to be honest …. for such a long time I wanted to race in front of my home crowd and to end if after three corners is really a shame.”

Grosjean has subsequently been handed a five-second time penalty, for the collision Ocon says dealt the blow to his car, when asked if he thought Gasly should be investigated – “I’ve looked at the onboard footage and I already think it will be under investigation, I think Romain will be after… but at the end we are both out of the race. The first incident was the one that put me there.”

Both Ocon and Gasly were called to the stewards following the French Grand Prix and issued reprimands, considered equally responsible for the clash but with no further penalty.