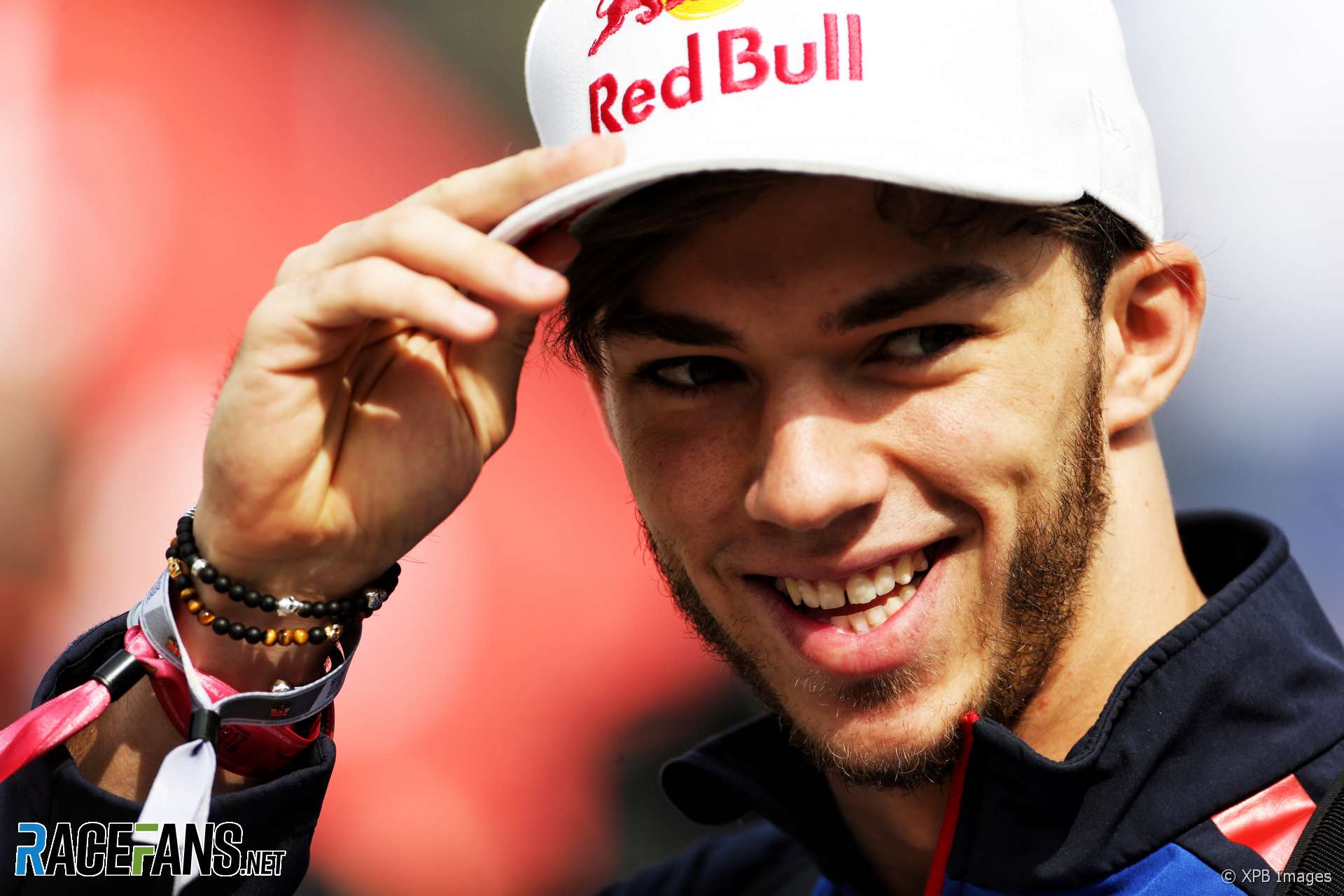 Pierre Gasly said he lobbied Toro Rosso and Honda hard to make sure he got the upgraded power unit for the Canadian Grand Prix.

Both Toro Rosso drivers ran the new hardware at the beginning of the weekend. But Gasly had to switch back to the old unit for qualifying after a Honda detected a loss of power on his unit during practice.

He failed to make the cut for Q2 and qualified 16th. Team mate Brendon Hartley, with the new engine, took 12th on the grid.

Gasly said he urged senior management at Toro Rosso to put another new engine in his car for the race, even though it would mean taking a penalty.

“I said I want the new engine in the car because otherwise it would just be a difficult race. Better to take the penalty here. We have more chances to finish in the points and also for France it’s better because we don’t start so far [back].”

Gasly said the decision to use the new engine was vindicated by his result in the race, where he finished one place outside the points.

“I pushed massively to get the penalty,” he said. “We started in 19th, recover eight positions. [With] the other one [we] would have just been starting P16 and [have] a difficult race from there.”