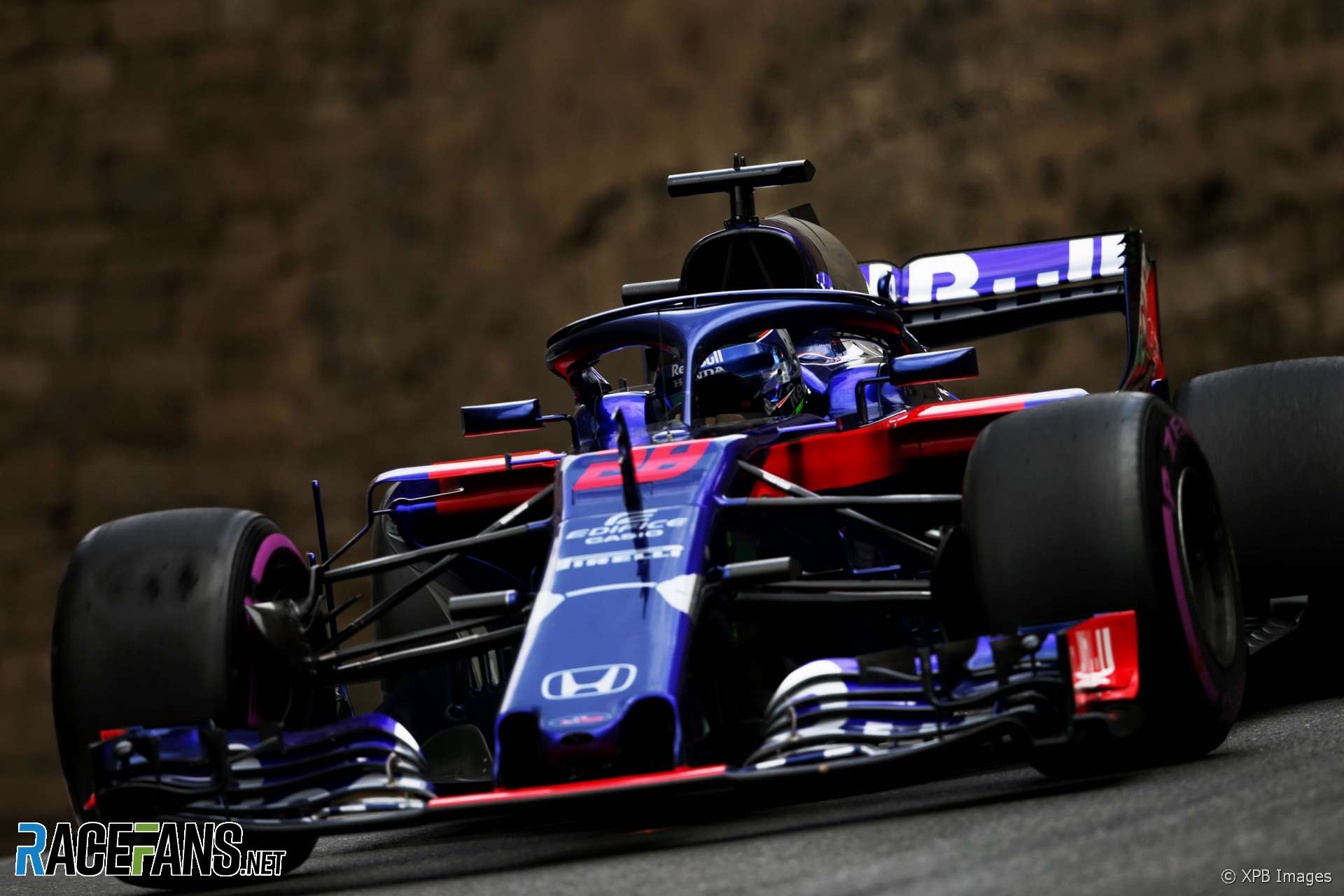 In the round-up: Brendon Hartley reveals he nearly crashed out of the Azerbaijan Grand Prix.

The Toro Rosso driver said he was convinced he was going to crash after a gust of wind caught his car.

I had one really close call into turn four today where I had a big oversteer on entry, bit of a gust of wind, and I was pretty sure I was heading into the wall. I must have just made it out within centimetres. That was on the first stint.

Other than that I drove a pretty clean race and Kept my composure. I’m really happy to get my first point but definitely we’ll all be working hard to find a bit more performance for Barcelona.

Ahead of next week’s trip to Barcelona for the #SpanishGP and our first in-season test, we can confirm the test line-up as follows: #MCL33 Test
Day 1 @svandoorne
Day 2 @LandoNorris @pirellisport Test
Day 1 @LandoNorris
Day 2 @OliverTurvey pic.twitter.com/jNt6QglWGj

"The stuff that’s on the table now is potentially workable as a system. The economics are not. I think that’s something that we need to go back to Liberty with."

"Oh jeez, it is going to be a hard weekend. I might have to stay out of town. There are a lot of beautiful women (in Miami) and there is going to be so many distractions."

"We are very happy that Liberty, with the FIA, have seen that we can’t continue going down the road of creating artificial overtaking with DRS."

"Following numerous discussions on the subject, we wish to clarify that in order to allow the FIA to monitor oil consumption during the qualifying practice session in a precise and timely manner, no oil may be added to the car nor may any auxiliary oil tank (AOT) be activated, i.e. there may be no oil transfer between an AOT and any part of the engine lubrication system."

Could Leclerc be F1's next superstar? (Top Gear)

"If it also makes Leclerc sound more Prost than Senna in approach (the Frenchman liked to win as slowly as possible, the Brazilian just liked to win), that’s not strictly accurate. 'I liked Senna’s philosophy, but I’m also not stupid and sometimes when you need to take points instead of making a dumb move where you are making a massive risk, I know how to calm down and bring the points home.'"

"The car was previously owned by the reigning formula 1 World Champion Lewis Hamilton."

"'his winter I managed to get 3.2 kilograms off Kimi. He now weighs just 70kg,' he told Iltalehti newspaper."

"Enterprise middleware technology provider Omnitude will work with the team to explore how blockchain technology could be implemented into numerous aspects of how a Formula One team operates. "

Alonso's impressions on his first laps (WEC via YouTube)

Should a multiple constructors’ championship-winning team like Williams really consider become a semi-customer team in the Haas fashion?

Is Stroll really suggesting that one of the most successful teams in F1 history, multiple champion, is to be treated like a brand new team? Williams is a team that a couple of years ago was getting regular podiums.

If they want to emulate Haas maybe they should focus more on Haas management style, passion, and ambition, and less on the help they get from Ferrari. Williams is fully capable of producing a top chassis. At least one that can compete with an underfunded Force India
@Ajpennypacker

Some readers may have experienced difficulties posting comments during particularly busy times on the site lately and seen incorrect messages stating they were posting comments too quickly. This was due to a technical problem on the site which has now been addressed. Please accept our apologies for any inconvenience.