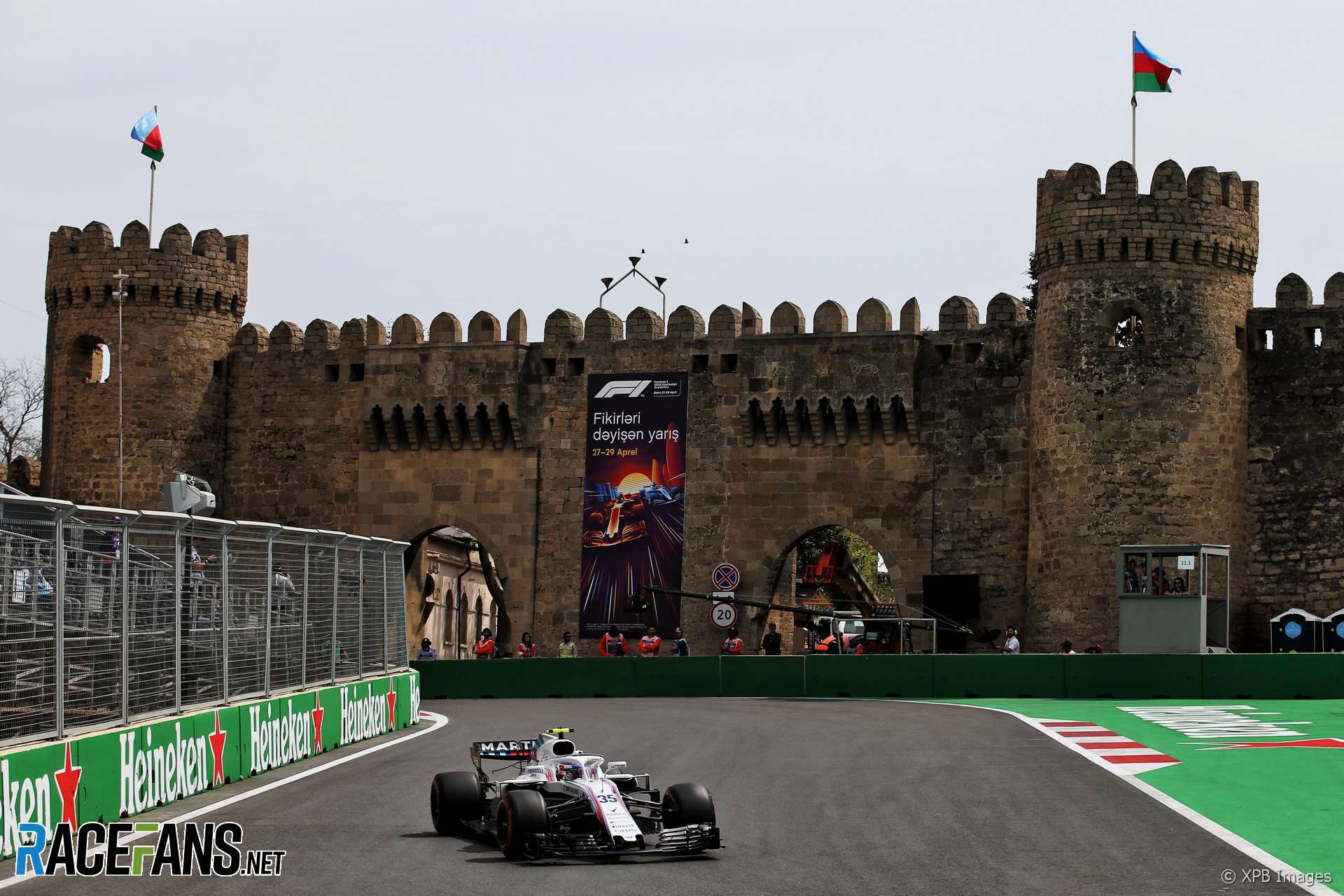 Are Williams going to ‘do a Haas’ with Mercedes? @DieterRencken investigates in the final instalment of his Azerbaijan Grand Prix Paddock Diary.

I hand back my apartment keys and head for the media centre, having been kept awake intermittently by howling wind. With activities starting late in the day, the media centre is lifeless save for a few (freelance) journalists and snappers. I remark that one can easily differentiate between those who are paid by the word, and salaried scribes…

Reflecting on Saturday’s interview with Baku’s promoter Arif Rahimov; wonder whether the circuit will give notice in June – as revealed here. It would be sad to lose Baku given how friendly and hospitable the country is, and how hard the folk work to meet F1’s demanding standards.

As it turns out, Baku’s second nail-biter in three years makes a compelling case for the event to remain on the calendar even if Liberty Media needs to take a haircut on hosting fees.

Of course Azerbaijan has political issues, but folk could readily chuck stones at most countries, including those who pride themselves on being democracies. Let’s keep politics out of F1, and stick to its sporting aspects and ability to bridge issues, rather then seek destruction. Should the latter path be chosen, F1 will ultimately be the biggest loser.

As for the debate about whether or not countries with no motorsport history deserve grands prix when other, more established venues are shunned: It is the FIA World Championship, and thus any country in the world deserves to be the running, subject only to meeting the standards, and available calendar slots. For all we know Antarctic may well appear on future FIA calendars, even if not as part of the F1 championship.

Chit-chat with with colleagues, one of whom had asked Sauber-Alfa Romeo team boss Frédéric Vasseur whether he had regular contact Sergio Marchionne, CEO of Ferrari and Fiat Group, owner of Alfa Romeo. The Frenchman apparently hears from Marchionne – a notorious micro-manager – once a day, although he has it easy: allegedly Ferrari team boss Maurizio Arrivabene hears from the Italo-Canadian ‘every hour…’

Move on to Max Verstappen’s incident-packed start top 2018, and wonder when Red Bull will read him the riot act. It proves to be a prescient discussion given the his crash with team mate Daniel Ricciardo later in the day, about which Niki Lauda made some choice comments.

Head for Mercedes for a salad, having tired of pickled cucumber/strawberry cream sarnies, then take a walk through the paddock. It’s always a pleasure to catch up with Le Mans legend Tom Kristensen – on driver stewarding duties this weekend. The Dane seems far too gentlemanly to be a nine-time Le Mans winner (six times consecutively), and proves that nice guys can win at the top level.

Second treat of the weekend: Grid walk prior to the start of the race. This time is very special: my 300th grand prix, and I reflect on when on my F1 media career began (Silverstone 1997), of how I had only ever wanted to hold an F1 pass just once, of just how much F1 has changed over 300 races. Here’s a clue: When I first swiped my pass the FIA owned the rights to F1; now it is an American media company…

As I walk off the grid I bump into Lawrence Stroll, father of Williams driver Lance and an extremely wealthy man. I check out rumours that he plans to bankroll a plan to turn Williams into Mercedes B, effectively by copying the Ferrari/Haas model of sourcing as much technology from a main team.

“That’s bullshit,” Stroll says in typical no-nonsense fashion, adding “Yes, I tried to persuade [the team] to go that route, but I’m not about to buy them anything from Toto (Wolff, Mercedes Motorsport executive director). So there you have it.”

I spot JK (of Jamiroquai) wandering about the grid, recording on a Go-Pro. The singer, a total car nut, stayed over after his gig on Friday night, so I stroll up hoping to catch a few words, but get beaten to the draw by Simon Lazenby of Sky. Damn.

Start of post-race sessions. Due to the Safety Cars the race ends later than usual, so the session are crammed into a couple of hours, leading to clashes. A couple of us divide up the schedule, and I end up at Toto Wolff, Christian Horner, FIA race director Charlie Whiting and Lewis Hamilton.

During the Toto session his co-director Niki Lauda walks into chivvy him – Lauda is flying them back to base and is in a rush – as Toto is asked how he saw the Verstappen / Ricciardo incident. He fobs the question off to Niki, who blames Max 70 per cent, and Dan 30 per cent. I ask him how he would handle it internally.

“We discussed it, Toto and I,” says Niki. “We would get the drivers to pay for the damage they caused, but so far (note) we haven’t had to do it…”

The immediate stuff is sorted. Now it’s a long wait until 4am, when I head for the airport and flight back to Belgium via Istanbul. I spend the time writing this diary and preparing for my weekly column, plus dispensing with month-end chores.

It’s been a wonderful weekend. Thank you Baku for delivering a truly memorable 300th grand prix!