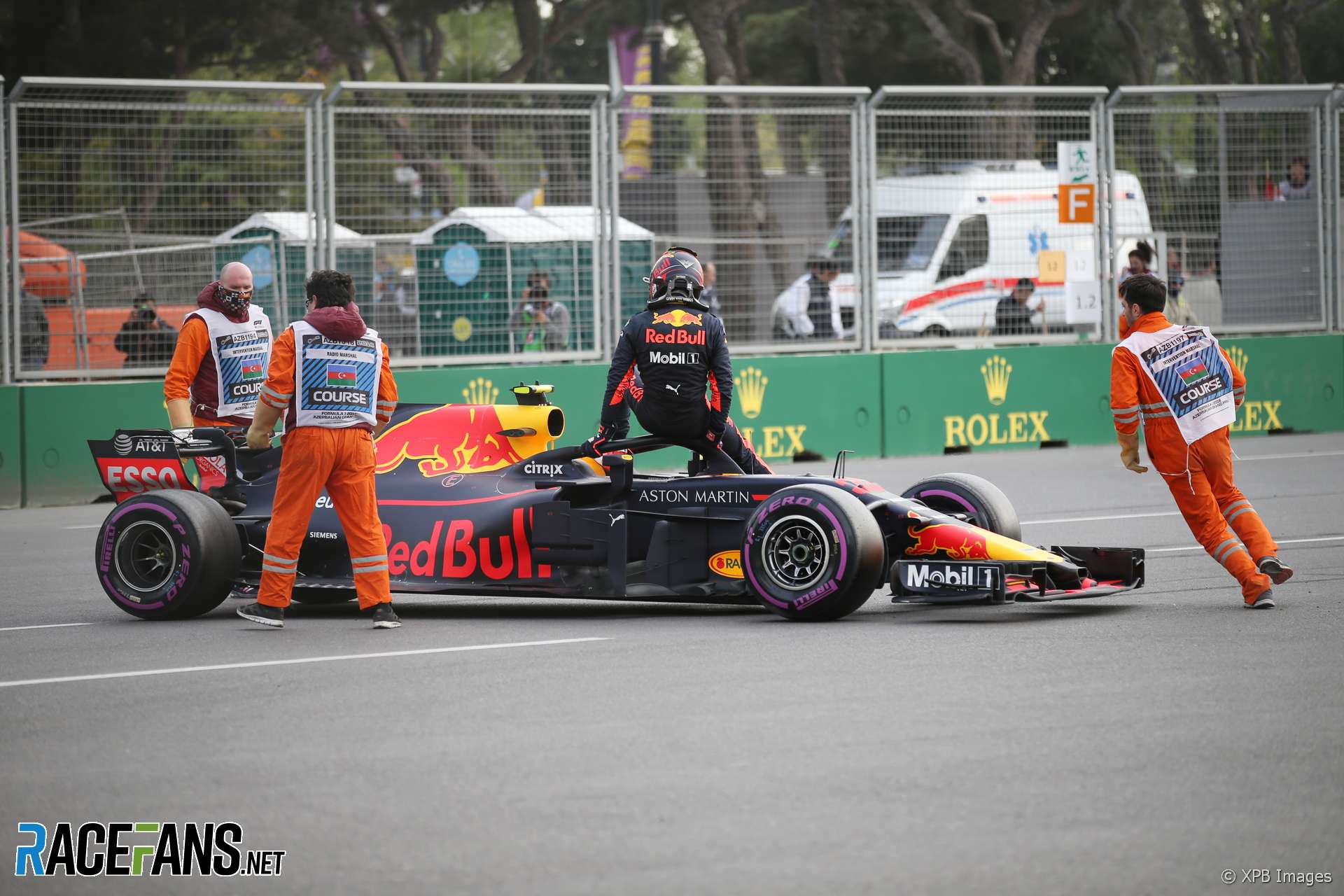 The stewards have issued reprimands to Max Verstappen and Daniel Ricciardo for their collision in the Azerbaijan Grand Prix.

The Red Bull drivers retired from the race following the collision but were cleared of blame by their team.

“Both drivers contributed to the collision. The driver of car 33 made two moves, both of which were relatively minor.

“Both drivers expressed regret about their respective contributions to the incident, during the stewards’ hearing.”

Red Bull team principal Christian Horner said both drivers would apologise to the team for the collision.

“As a policy we want to let our guys race,” he said. “We’ve let them race hard against each other. And unfortunately today has resulted in the worst possible scenario where you’ve had both drivers make contact and retire from the grand prix.

“There’s no blame apportioned more in one position than the other. They’re both equally responsible. What’s obviously annoying is we’ve given away an awfully large amount of points today so both the drivers will be apologising to all the members of staff who work so hard to put these cars together.”

195 comments on “Stewards reprimand Verstappen and Ricciardo for crash”