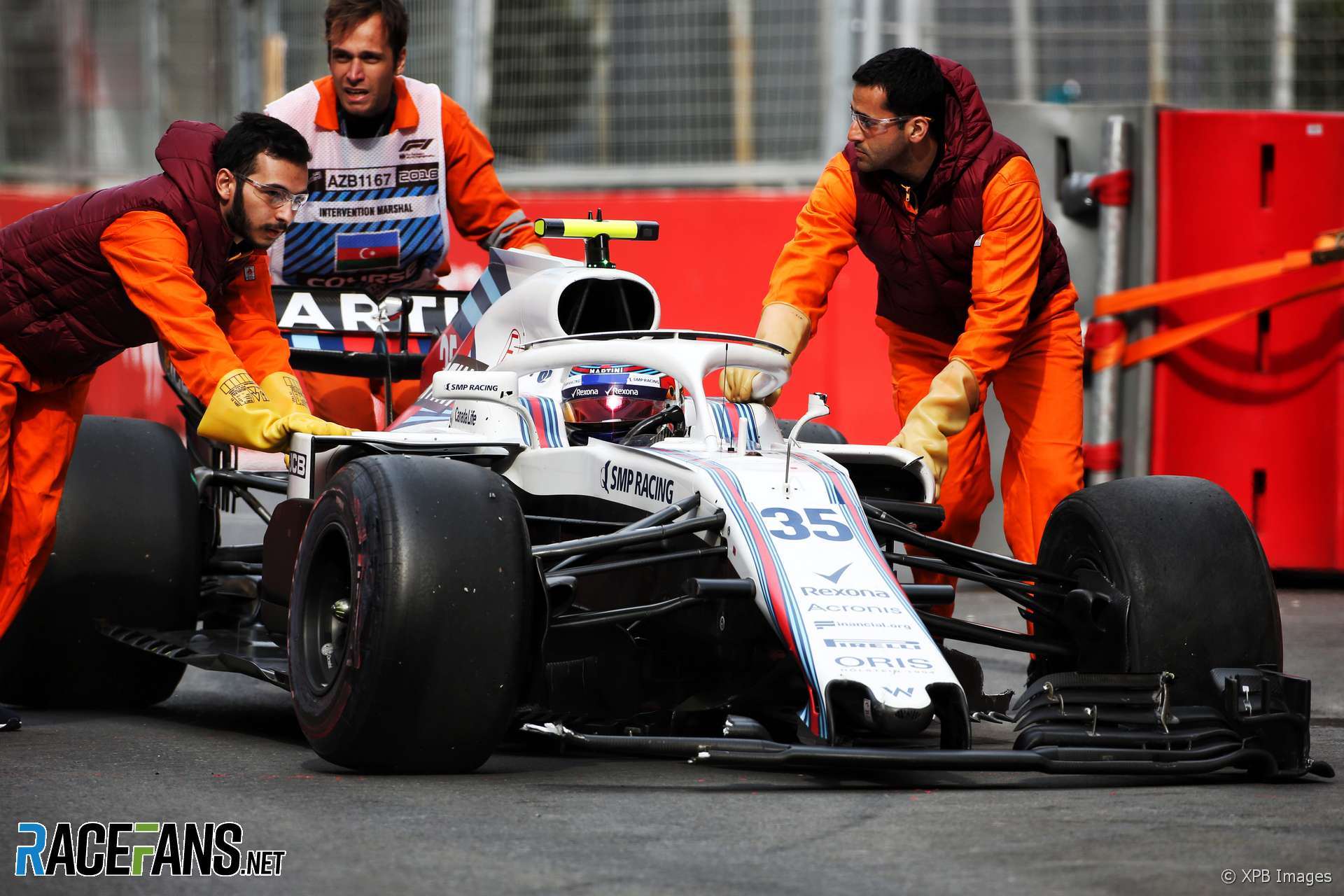 Sergey Sirotkin has been given a three-place grid penalty for the next race for his collision with Sergio Perez in the Azerbaijan Grand Prix.

The Williams driver will be docked three places on the grid at the Spanish Grand Prix as the stewards held him responsible for the first-lap collision. Perez went on to finish third.

Sirotkin was also given two penalty points on his licence for the crash. Following the contact with Perez he tangled with Nico Hulkenberg and Fernando Alonso, suffering race-ending damage.

“It was such a mess in the first few corners,” he said. “I was between two cars heading into turn three and I was just slowly and progressively squeezed between the two cars, as I was in the middle.

“At a point I saw I was not going to avoid a crash so I just lifted, hoping they would squeeze me but not hit me that much, but then already there was nothing I could do. We touched, my car jumped and when I landed, I broke my front suspension and my wing.

“I am just really sorry for this, as it is such a long race, but I understand that we all want to gain positions at the start, which is important. It is a shame in a race in such conditions. Parking the car in turn three is not the best feeling.”

17 comments on “Sirotkin given grid penalty for Spanish Grand Prix”