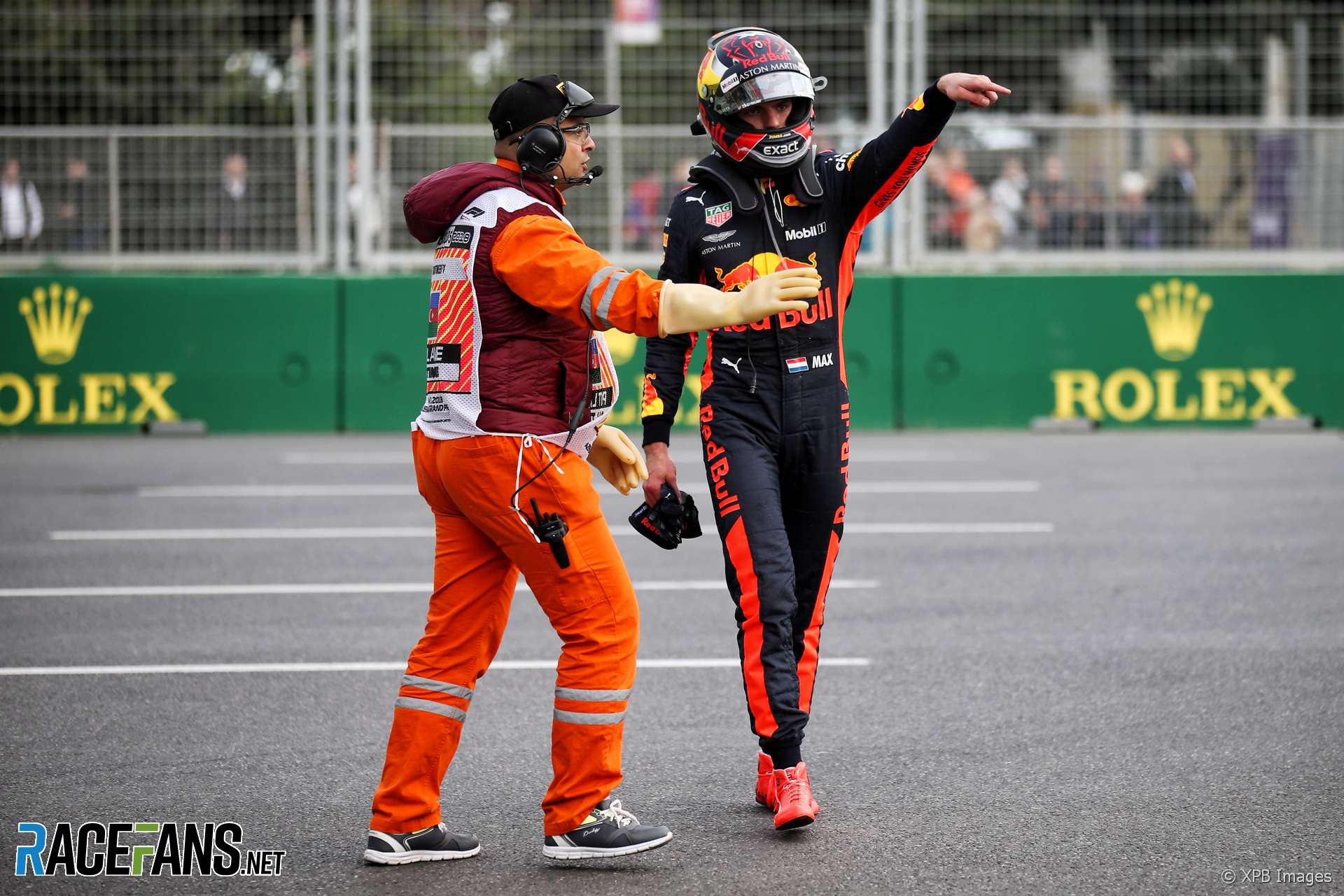 Max Verstappen believes Red Bull should continue to allow him and Daniel Ricciardo to race each other despite their race-ending Azerbaijan Grand Prix crash.

“I don’t think letting us not race any more is the way forward,” Verstappen said after both drivers retired from today’s race, “but of course we will talk about it and see what happens.”

The pair spent much of the race sparring with each other and banged wheels at one point. However Verstappen said the team should not have called off the fight between him and Ricciardo.

“The tow was very strong so as soon as he was in front then I was catching up again. We were pretty similar speed and we were very close to each other.

“Before that it was hard racing but it was fair. Of course we had this little brush with the wheel but I think this is racing, that can happen. But what happened afterwards of course is not good.”

“It’s just really disappointing for the team,” he added. “We lost a lot of points today unnecessarily.

“I think we don’t need to speak about who’s at fault because at the end of the day we are racing for the team, we are racing other people and this happens. It’s just not good for both of us.”

Verstappen said he and Ricciardo had already discussed the collision. “Of course you’re not happy when you collide together as team mates but we are very fair to each other so we spoke immediately after.”