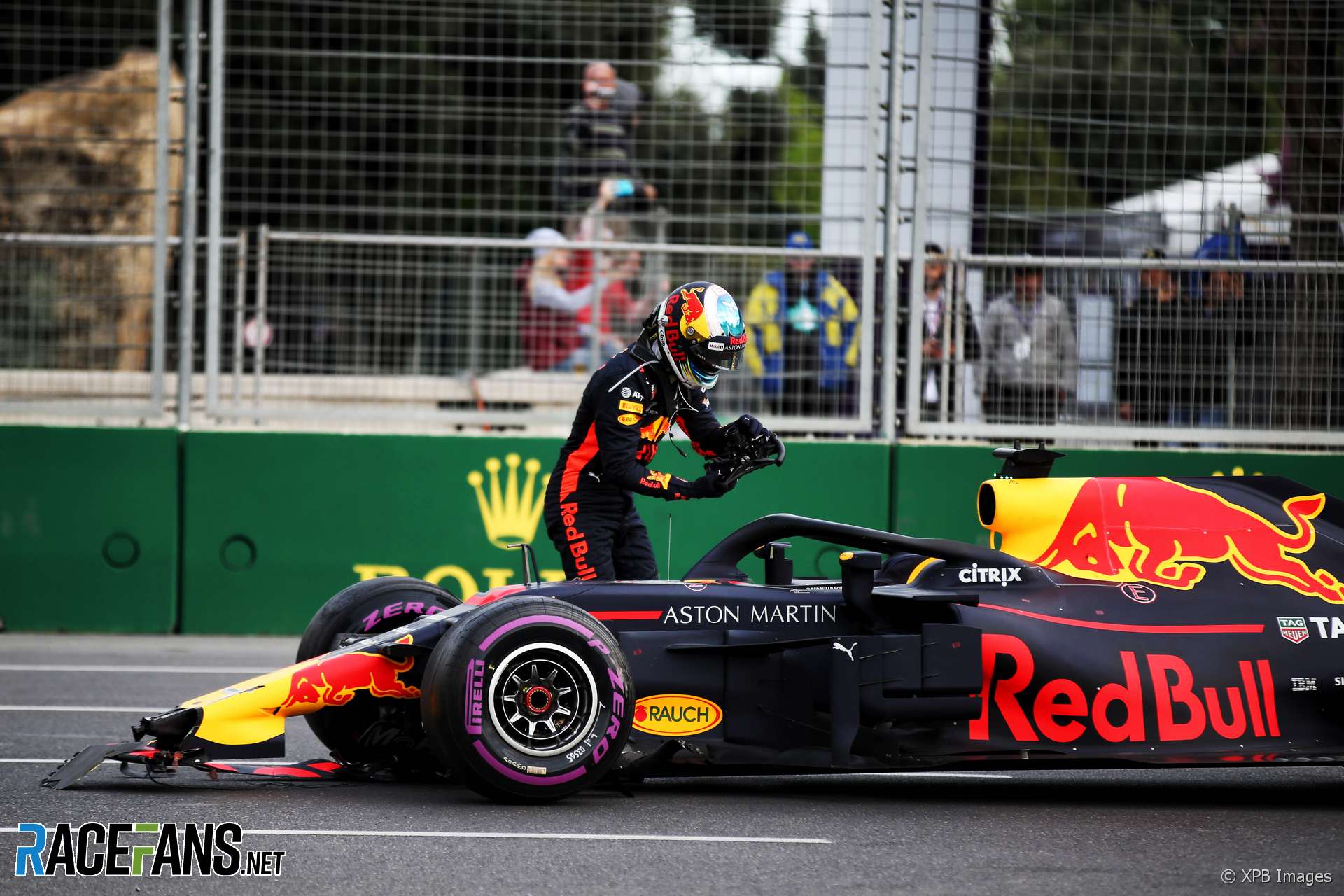 Red Bull has cleared both its drivers of blame for the crash which put both out of the Azerbaijan Grand Prix.

Daniel Ricciardo and Max Verstappen retired from the race after crashing at turn one.

“There are no team orders here, but you’ve got to keep it clean,” the team stated in a post on social media after the race. “No blame on either driver, both race hard and want to win.”

“An Azerbaijan Grand Prix to forget for us today,” it added, “but both drivers’ have apologised and we all move on to Spain.”

Ricciardo said he was committed to an attempt to pass Verstappen on the inside when the pair crashed.

“The thing is once I’ve come out, [I] thought the gap was opening up on the inside, and then once I was there I had to commit to that,” he said.

Ricciardo added he’s “heartbroken for how everyone’s feeling in the team right now.”

The two drivers spent much of the race fighting with each other after Verstappen passed Ricciardo following a restart after the first Safety Car period.

“I wasn’t too happy with myself on the restart,” Ricciardo admitted. “I think leaving the door open in two, I could’ve done better. I was pretty filthy with myself with that.

“Eventually, [I] finally got Max and in clean air we were actually quite quick. The super-soft was terrible on the restart but it was OK after. But we just never had enough clear track. On the in-lap we had some traffic and Max was able to over-cut us so we were back in the same position that we’d been in. We’ll look over it and see if we could’ve done something different from that point onwards.”

Verstappen urged Red Bull not to impose team orders on the pair following the crash. Ricciardo said is glad they are allowed to fight each other.

“I’m thankful we’re allowed to race, especially myself and Max we love to race as we show, so that’s cool. We did get close a few times in the race, already touching.

“Sometimes we were on the limit and unfortunately it’s ended how it did. It’s not a nice situation. I think we both look pretty bad that it ended like that and for the team it’s pretty crappy.”