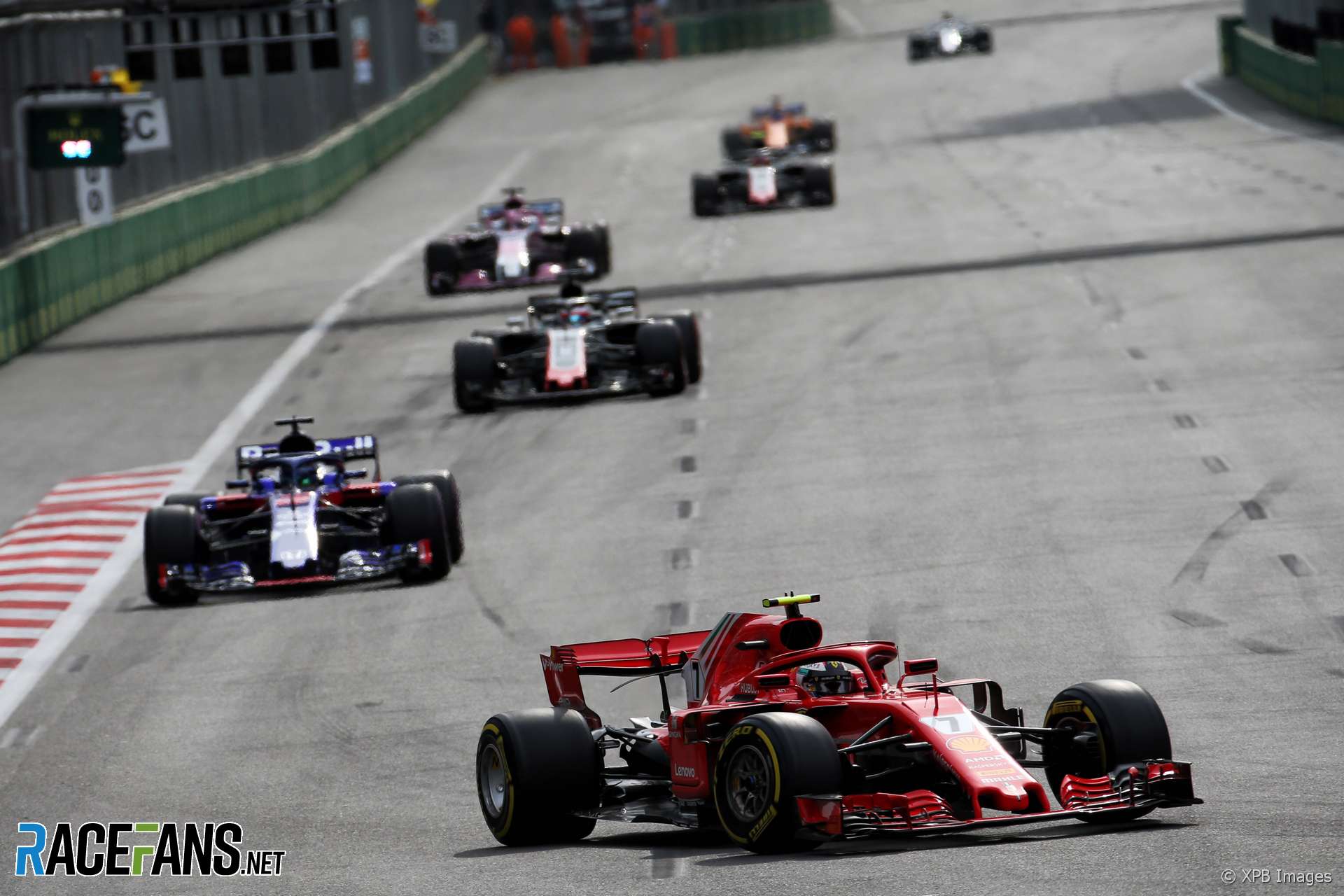 Kimi Raikkonen revealed he was lucky to finish the Azerbaijan Grand Prix after hitting a wall at one of the fastest parts of the track early in the race.

“On the first lap after the restart, on the little kink coming on the last part of the straight, I hit the inside wall at full speed,” said Raikkonen, who finished second. “So I’m pretty lucky that the front wheel didn’t go.”

The Ferrari driver’s race was compromised on the first lap when he tangled with Esteban Ocon and had to pit for a new front wing. Among his other near-misses was an off-track moment during his pre-race reconnaissance lap.

“A pretty eventful race today,” he said. “Got a destroyed front wing and tyre in the first few corners.

“I had a good feeling sometimes but was struggling to switch the tyres on, it was kind of on and off. I had a great many close moments. Even on the way to the grid I was pretty certain that it’s in the wall already but I managed to get it away from it. Too many close calls.”

However Raikkonen said he hadn’t just been lucky to finish second.

“I wouldn’t say that I have had a lot of luck over the years, but I don’t count on luck. You cannot count on that. I think you get what you deserve in a way and sometimes you are a bit luckier than other times. But if I take over the years, I’m far from on the positive side yet.

“Maybe today certain things worked in our direction but then whatever happened in front of us are self-made issues in many ways. Stay out of trouble in this kind of race and definitely, knowing what happened last year, it’s going to pay off.