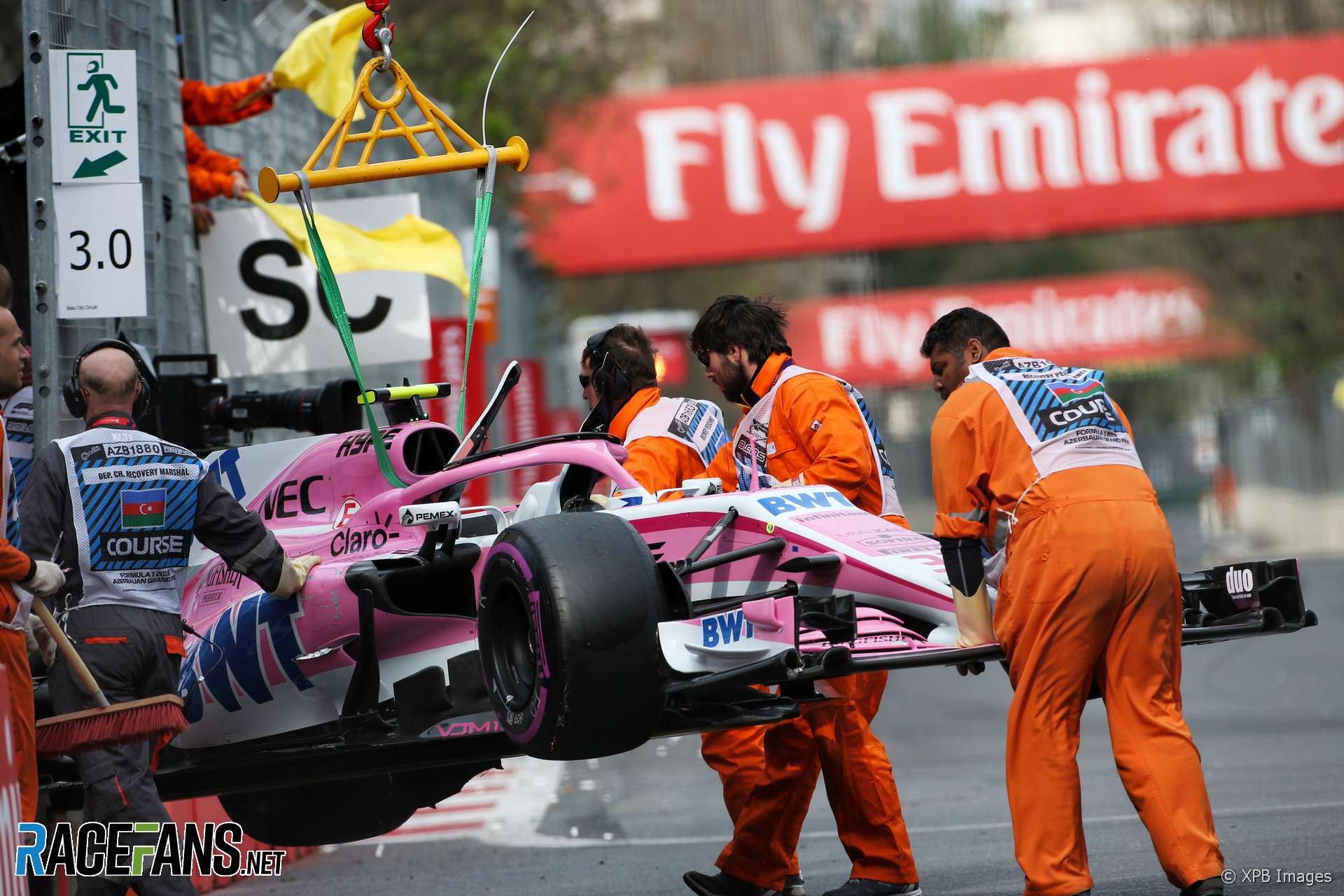 The stewards have taken no action against Kimi Raikkonen and Esteban Ocon over the first-lap crash which put the Force India driver out of the race.

However Ocon blamed the Ferrari driver for ending his race on the first lap.

“I beat Kimi into turn two,” said Ocon. “I was ahead, he was behind. I braked into the corner. Suddenly Kimi reappeared and then I’m in the wall. That’s how I see it. It was unnecessary to take that risk in that moment.”

“It’s not my fault, I’ve been the one launched,” he added. “In DTM the rule is that when you touch someone into the back, you made him spin or launch him into the wall, the guys gets the penalty.”

However according to the stewards Raikkonen “conceded that the collision was typical of a first lap racing ‘incident’.”

“[Ocon] stated that the last vision he had of car seven was on the straight after turn two which the two cars had successfully negotiated and that he had not seen car seven on the inside into turn three,” they added.

“The driver of car 31 accepted the comments of the stewards that a driver should not assume another car is not in his proximity just because he cannot see one, as it is well known that vision from the current cars is not optimum in some positions.”