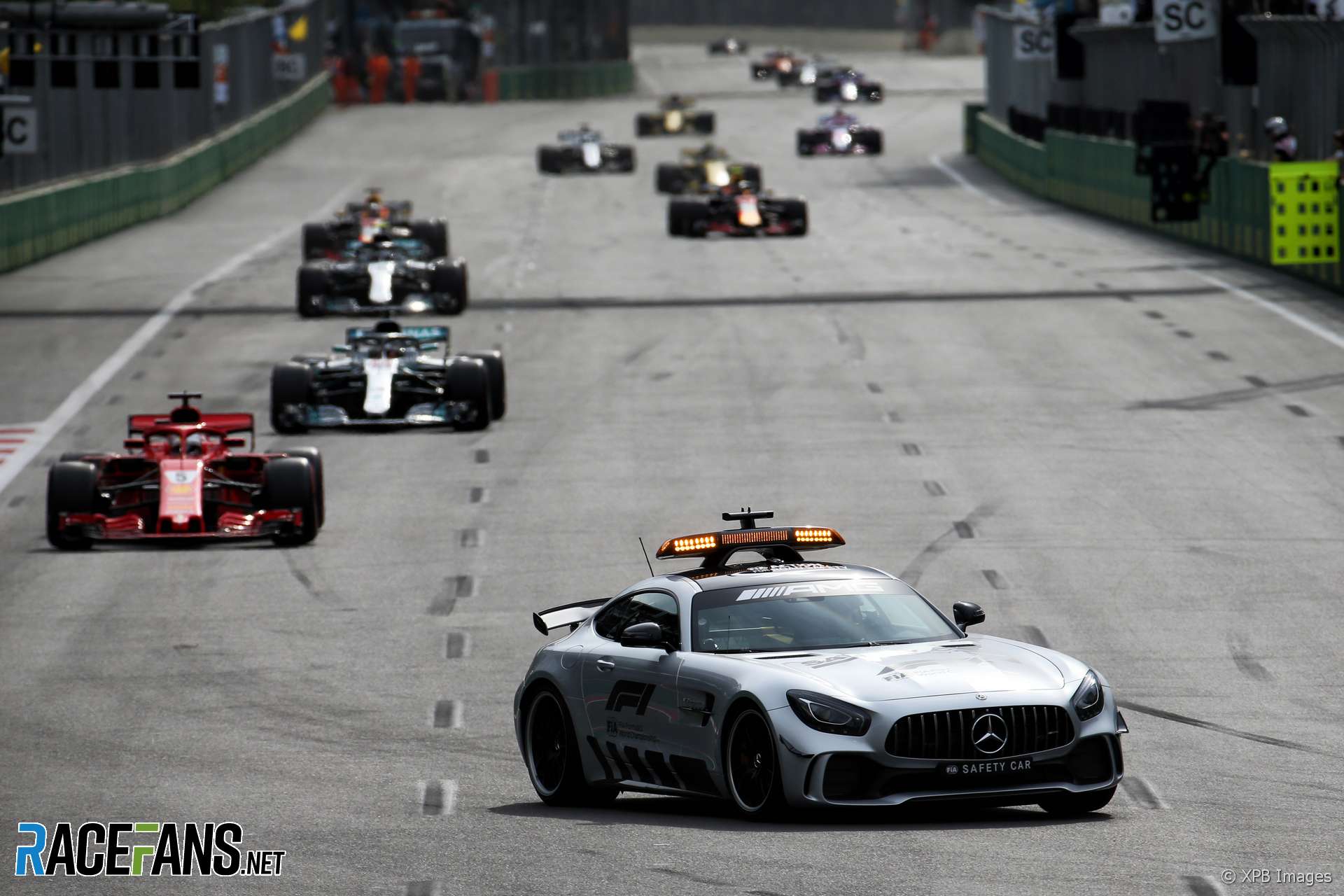 Lewis Hamilton warned Sebastian Vettel’s restart tactics set a dangerous precedent and wants answers from the FIA on why they were allowed.

The Mercedes driver accused Vettel of deliberately slowing and accelerating prior to the first Safety Car restart.

“The rules are when the Safety Car goes you’re not allowed to start, stop, start, stop,” said Hamilton.

“And if you look at all the times, every restart I’ve done, particularly the four I did last year I didn’t do that and I’ve abided by that. In Australia Sebastian accelerated then brakes and I nearly went up the back end of him. Today he did it maybe four times.”

Hamilton complained about Vettel’s behaviour on the radio but the stewards were satisfied his driving was within the rules.

Race director Charlie Whiting said: “There was a little bit of a complaint from Lewis that [Vettel] was not going at a constant rate. But then when you look down through the field quite a few places where that happens so I think to expect them to all go at one speed doesn’t seem to happen.

“As long as no one does anything that’s obviously dangerous then I think we’re happy with what happened and I think he did control it rather well.”

However Hamilton questioned the justification that other drivers further down the order were also varying their speeds.

“The stewards supposedly said that all the other cars are doing it. But we’re the leaders, so cascades down, it’s a domino effect. What the first car does, everyone does the same thing.”

Hamilton believes a new precedent has been set which other drivers will now copy.

“What that does is that now sets a precedent so that means that everyone that’s leading a grand prix under a Safety Car can start-stop. That goes down to Formula Two, Formula Three, Formula Four. Because they’re not going to get penalised.

“So I need to get that rectified when I have the briefing next because clearly they don’t care about it and if that’s the case then we will see more of that.

“And I would expect that from [Vettel] next time I’m racing him. If you noticed I already put my car to the right to avoid a collision because he was starting and stopping. Otherwise I would tuck in behind.”