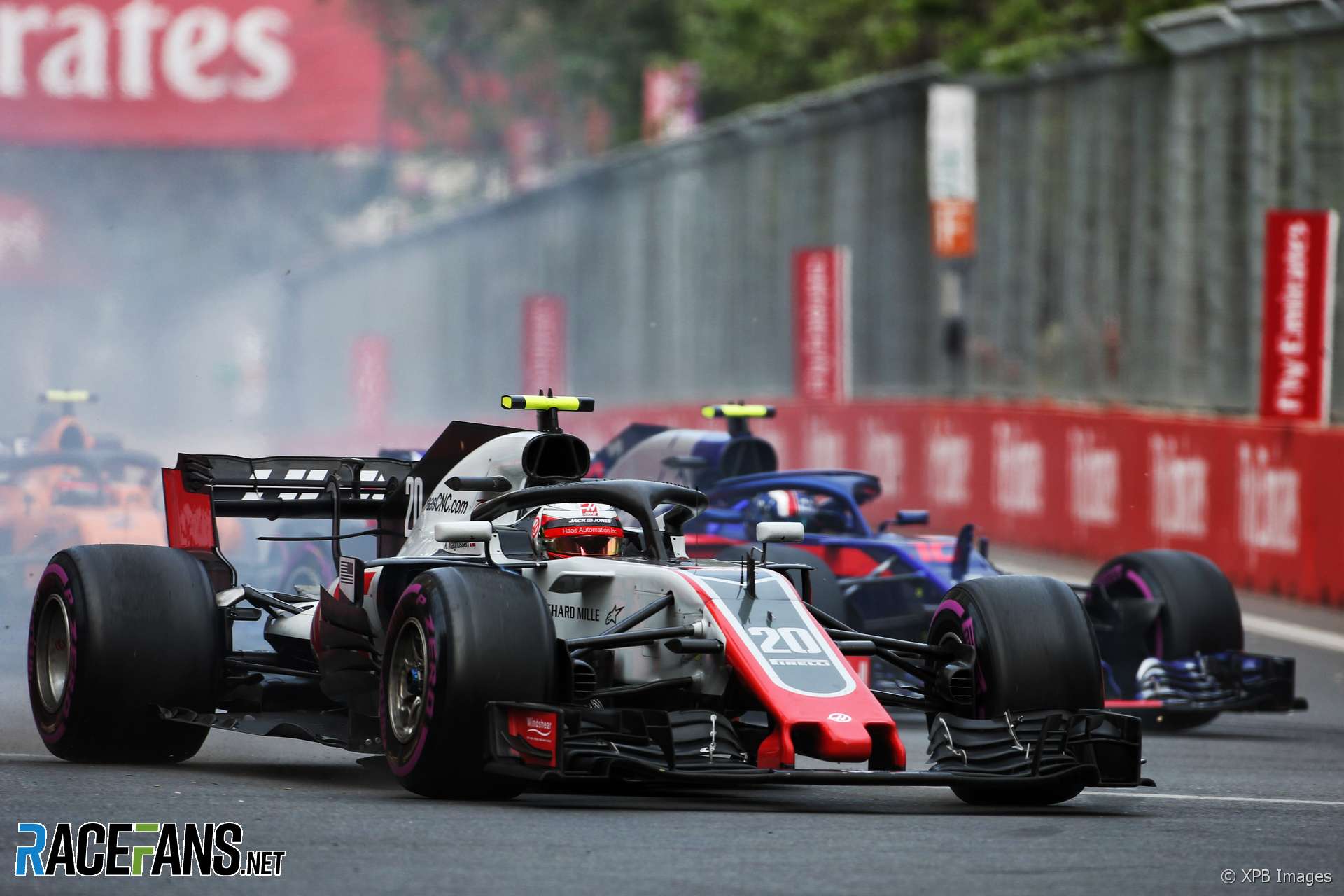 Pierre Gasly described Kevin Magnussen as the most dangerous driver he’s ever raced against after the pair collided in the Azerbaijan Grand Prix.

The Toro Rosso and Haas made contact at over 300kph during the final restart, leaving Gasly with damage.

“Kevin is the most dangerous guy I have ever raced with,” said Gasly after the race. “He literally put me in the wall at 300kph at the restart and completely ruined [my] race.”

Gasly was trying to overtake Magnussen for the final points place when they collided.

“We were P11 so I knew points was on the table. I was going to pass him just before the Safety Car line one, I went on the side and he just put me in the wall right in the middle and took half of my floor out. Both my front wheels went in the air and I broke my right mirror and bent my steering as well.

“After that I was just trying to survive until the end of the race. There was no point to race after that.”

Gasly said he was sceptical of Magnussen’s claim he couldn’t see the Toro Rosso because he was suffering from vibrations.

“He did all the race like this so he knew exactly what he was doing and he literally put me in the wall.

“He’s been always like this, he’s been always racing hard. I don’t mind racing drivers which are hard but like this is just way over the limit. You don’t put someone in the wall at 300kph.”

Gasly had another run-in with Magnussen in first practice at the same point on the circuit and the Haas driver has been the focus of criticism from other drivers before. However FIA race director Charlie Whiting isn’t prepared to single the Haas driver out for special attention.

“I tend to try to look at things in isolation,” said Whiting. “I think what Kevin did today was incorrect and he was duly penalised.”

“I think Pierre was complaining about was he appeared to have done it again after the first contact. I haven’t yet looked at the video but I will do when I go back.”

Magnussen received a 10-second time penalty for the collision and was given two penalty points on his licence. “I will go to see Charlie and see my onboard [camera] and then after we’ll see if it’s only two,” added Gasly.

As it stands Magnussen now has eight penalty points. Drivers receive a one-race ban if they reach 12 points within a 12-month period.