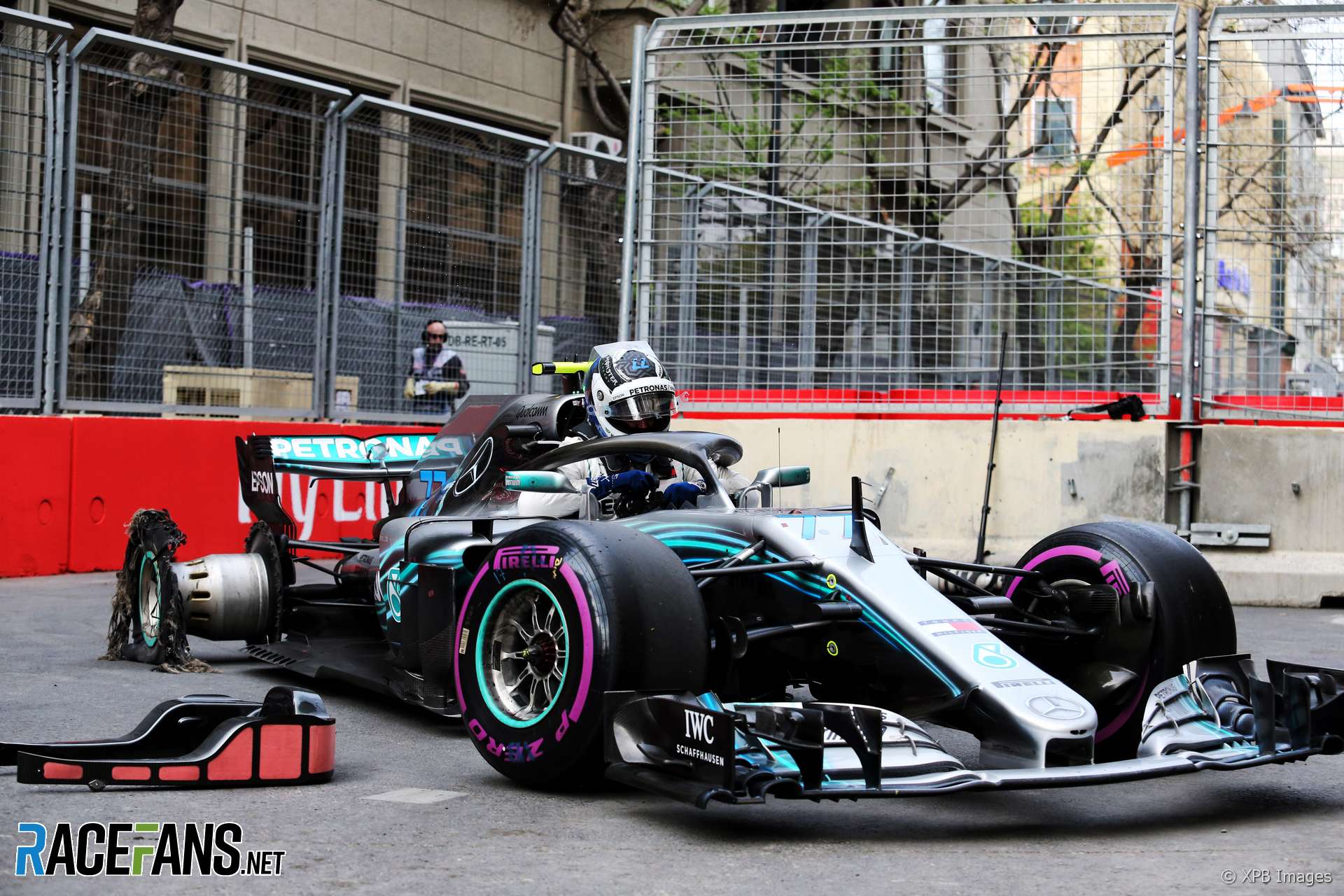 Mercedes executive director Toto Wolff is unhappy the piece of debris which destroyed Valtteri Bottas’s race was not cleared before he hit it.

“These things shouldn’t be on track,” said Wolff. “When we have six laps behind the Safety Car there shouldn’t be a piece of debris the size of a fist.”

Bottas took the lead of the race due to a Safety Car period caused when the Red Bull drivers crashed. His puncture handed victory to team mate Lewis Hamilton.

“I think that luck is part of the sport,” said Wolff. “The Safety Car went against us in the past and today it gave us a win.

“It still doesn’t feel right for two reasons, The first reason is that we lacked a bit. And the second reason is that the quickest guy on track DNF’d with a puncture which was caused by debris on track three laps to the end of the race. That’s the feeling of the race.”

However Wolff felt Bottas might have won the race even without the Safety Car. He ran a long first stint and was setting fast lap times and pulled away from second-placed Sebastian Vettel, who had pitted.

“Valtteri just kept going faster and faster,” said Wolff, “to the point that even with no Safety Car we thought there was a chance because he would have switched late on the ultra-soft and would have been able to try and hound Sebastian down. But obviously then it all started.”