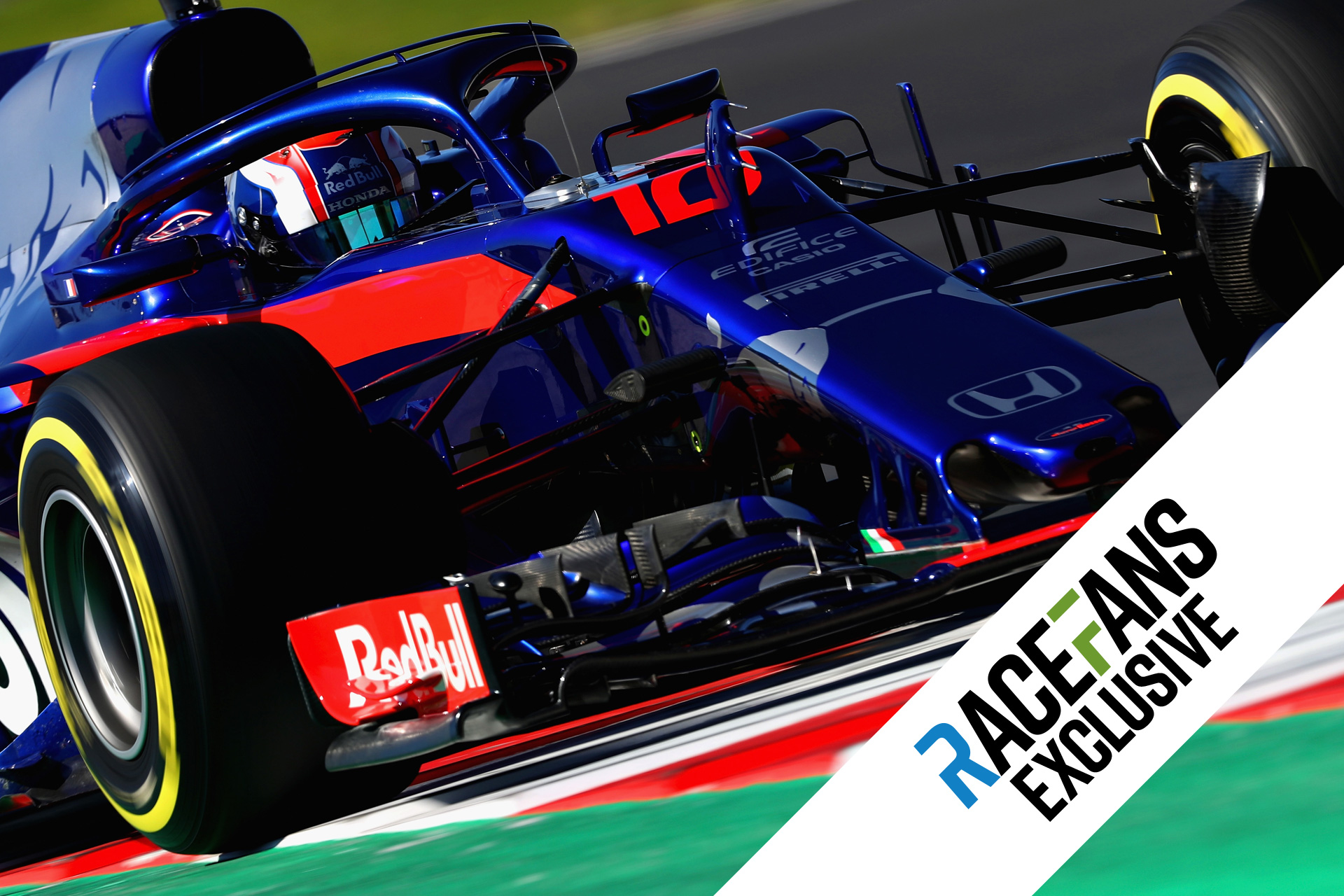 Is this the team which will produce the biggest surprise of 2018?

But of course it wasn’t the fact they were changing, but who they were teaming up with, which prompted dim assessments of Toro Rosso’s 2018 prospects. Not only had Honda been dropped by McLaren, but Sauber too. The latter swiftly terminated its Honda engine supply soon after new team principal Frederic Vasseur was installed.

According to team principal Franz Tost any impression that the team is the unwilling recipient of F1’s least-wanted engine is untrue. “Toro Rosso was in contact with Honda since 2014 onwards,” he told RaceFans in an exclusive interview.

And, he points out, “I’m not sure that we would have continued with Renault after what happened last year.”

Toro Rosso’s fall-out with Renault last year was the stuff off gold for conspiracy theorists. Soon after their Honda deal was announced, and following Carlos Sainz Jnr’s superb drive to fourth in Singapore, Toro Rosso’s hold on sixth place in the constructors’ championship was compromised by a series of power unit problems. And the chief beneficiary of their apparent misfortune was Renault’s works team, who displaced them from sixth at the final round.

The signs from testing, where Toro Rosso covered more laps than any of the Renault-powered teams, are encouraging. Tost insists their early reliability, in stark contrast to McLaren’s experience with Honda 12 months ago, has not come as a shock.

“I’m not so surprised because I was convinced that Honda is in a much better position as it was mentioned last year,” he said.

“Apart from this Honda worked during the winter months on the performances as well as on the reliability side. So far they have done a very successful job and we are quite satisfied about that co-operation.”

That co-operation runs far deeper than anything Toro Rosso has experienced in its 13-year existence, during which time it has always been an engine customer. Taking on a factory-backed deal is “a completely different way of working,” Tost explains, which has particular benefits as current power units are so complex.

“For example, how the engine is being designed to fit the best possible way into the chassis. That means Toro Rosso can bring a lot of input there: we want it this way, oil and water pipes being designed in a way which fits very well with the complete chassis system or the exhaust system. These are very important factors for the performance of the car because it influences the weight distribution, it influences the aerodynamic, the mechanical side.

“From this point of view we had a very busy and successful winter period because it was the first [time] Toro Rosso designers could come up with issues. In the past we just got the power unit, some electric boxes and just find a way to fit it into the car. Now we can come up with proposals, suggestions from our side which makes the life much easier. And hopefully more successful.”

They can also plan ahead. “I expect a lot from next year’s car because we are already working on this,” said Tost. “Because of the experience we have already got this year our designers and the designers from Honda can optimise the integration of the power unit into the car.”

“In the past we always had to fit in a last [minute] engine decision within a few weeks. Now we start already in February thinking about next year’s car.”

It’s not just the relationship with Honda which is new. The team has the least experienced driver line-up in the pit lane, a situation it is well used to, as Brendon Hartley and Pierre Gasly have just nine F1 starts to their name.

Hartley, of course, brings his World Endurance Championship-winning pedigree to the team. But Gasly arguably should already have a year’s experience in the car. Red Bull passed up on the chance to promote him to F1 on the back of his 2016 GP2 championship win, preferring instead to retain Daniil Kvyat for another season. Kvyat’s form failed to improve, and Gasly replaced him before the year was out.

Tost says the delay in getting Gasly in the car was not a source of frustration. “I think Pierre learnt a lot in Japan: Super Formula is a very competitive series.”

“Last year we had two very good drivers with Carlos Sainz Jnr and Daniil Kvyat. Therefore the decision which Red Bull has taken in those cases was OK.”

With no immediate successor ready in Red Bull’s Junior Team pipeline, both Gasly and Hartley must fancy their chances at getting a chance to drive the second-generation Toro Rosso-Honda next year. “Let’s do this season as successful as possible, then we’ll talk about next year,” said Tost when asked. “Currently there are no discussions about any driver for 2019.”

The move away from Renault has brought the added complication that the team can no longer share as many parts with Red Bull because they once again have different engine suppliers. But this may change next year if Red Bull does switch to the Japanese power units, as it has indicated it might.

In the meantime, what can Toro Rosso realistically aim for this season? F1’s sole Honda-powered team ended last year ninth, but Tost believes they must aim higher.

“If you look last year in the middle of the season we were two points behind Williams. Then Singapore was OK but all the rest of the races we were really struggling with reliability issues, as we know.

“We lost sixth position in the last race. There were some aspects which were not under our control. And then it’s difficult. Last year without any problems we could have easily finished in the sixth place. Even without all the problems in the second half of the year we could have fought for the fifth place.

“If you were half a season there that means it’s not totally [unlikely]. But once more our development steps were OK but not as good as from our direct competitors. And we had too many reliability issues which were not coming from our side.

“This year we have a new car, we have a new power unit. We have two new drivers, we have new tyres. We have to find out. I have to get a better pictures after the first three races. But nevertheless Toro Rosso must be in a position to fight in the front part of the midfield.”

19 comments on “Toro Rosso exclusive: “I was convinced Honda are in a better position””