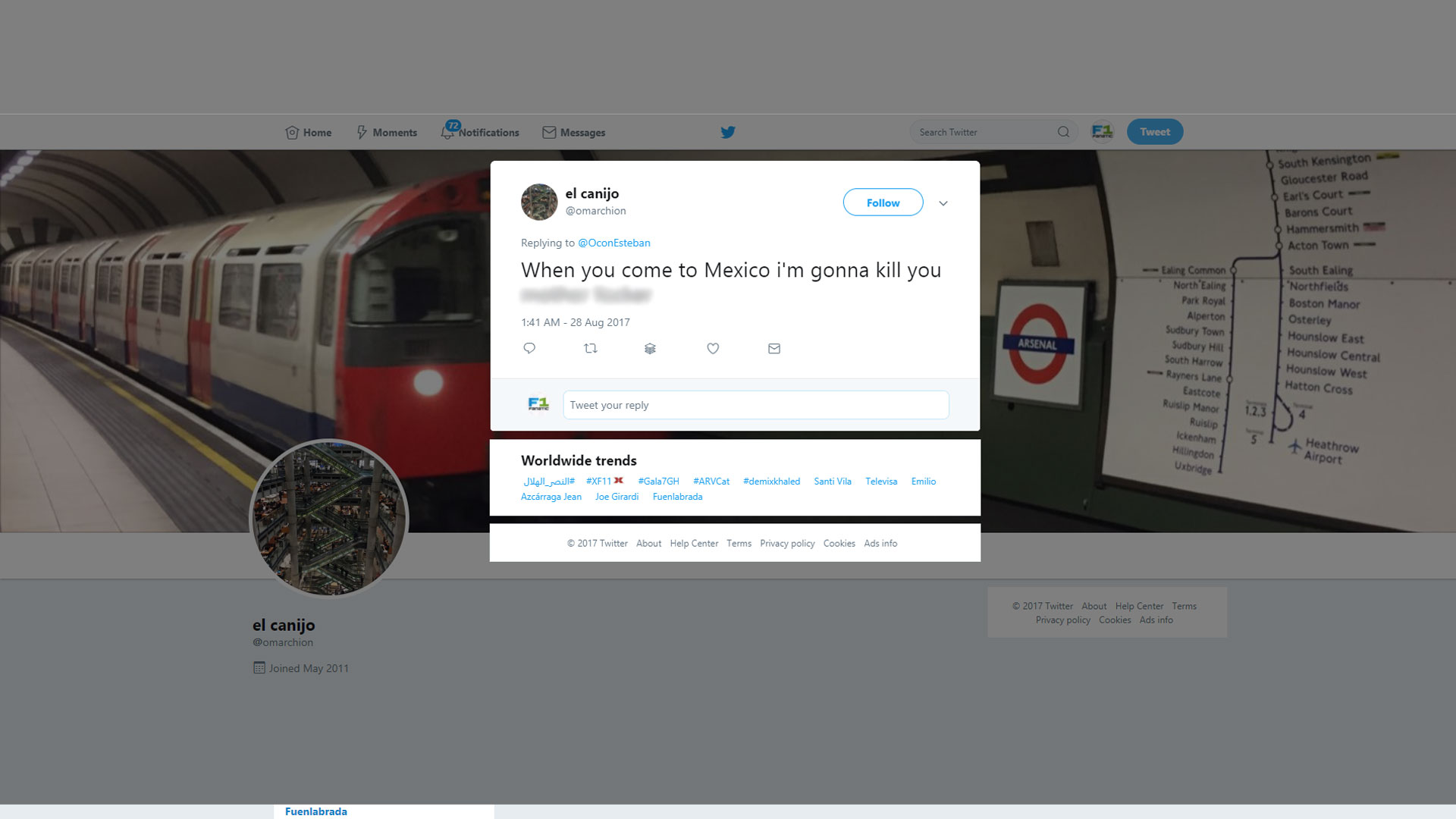 Esteban Ocon has revealed he received death threats on social media in response to collisions between him and his team mate this year.

Ocon and Sergio Perez have had a tempestuous partnership in their first year as team mates. Tempers began to run high between the pair after the Canadian Grand Prix, where Perez refused a request from the team to allow Ocon to pass him.

They then collided with each other in Canada, Hungary and Belgium. Following the latter clash between the pair Force India refused to allow them to continue racing each other for position. In the last two races Perez has been refused permission to overtake Ocon.

Today in Mexico Ocon revealed he has revealed death threat from Perez’s fans, examples of which can still be found on social media: Speaking in today’s FIA press conference ahead of his home race this weekend Perez said he didn’t believe his supporters will give his team mate any trouble.

“I don’t think the fans will be bad to Esteban,” said Perez. “Obviously they will support me a lot here but I see no reason why they should be bad to him. Every event we’ve done so far they have been very good to him, not only to him but to everyone else.”

“And the end of the day this is just a sport, this is how it should be.”

According to Perez the pair’s relationship has improved since they held private talks to clear the air after their clash at Spa.

“I think we obviously had a bad relationship since Baku,” said Perez. “And then especially we hit a very low point in Belgium.”

“But afterwards we had a good conversation between us, no one was involved within the team. And I think since that point everything has changed in the atmosphere, not only between us also the engineers and everyone.”

“It’s really good and having both sides work together has made a big difference. And especially going into next year it’s very important because it’s a massive and we have to work together for the benefit of the team. It’s very important that in the team both drivers are united. Obviously you want to beat each other but it’s important to have that respect and I think that respect is in place now and the atmosphere is good.”

The team’s ban on letting the pair race each other may soon be lifted as Force India are likely to become uncatchable by their closest rivals this weekend. Perez said he “hasn’t heard” for sure what the arrangement will be for this race. “But probably we should be able to race,” he said.

NB. The material shown above has been reported to the relevant social media networks.