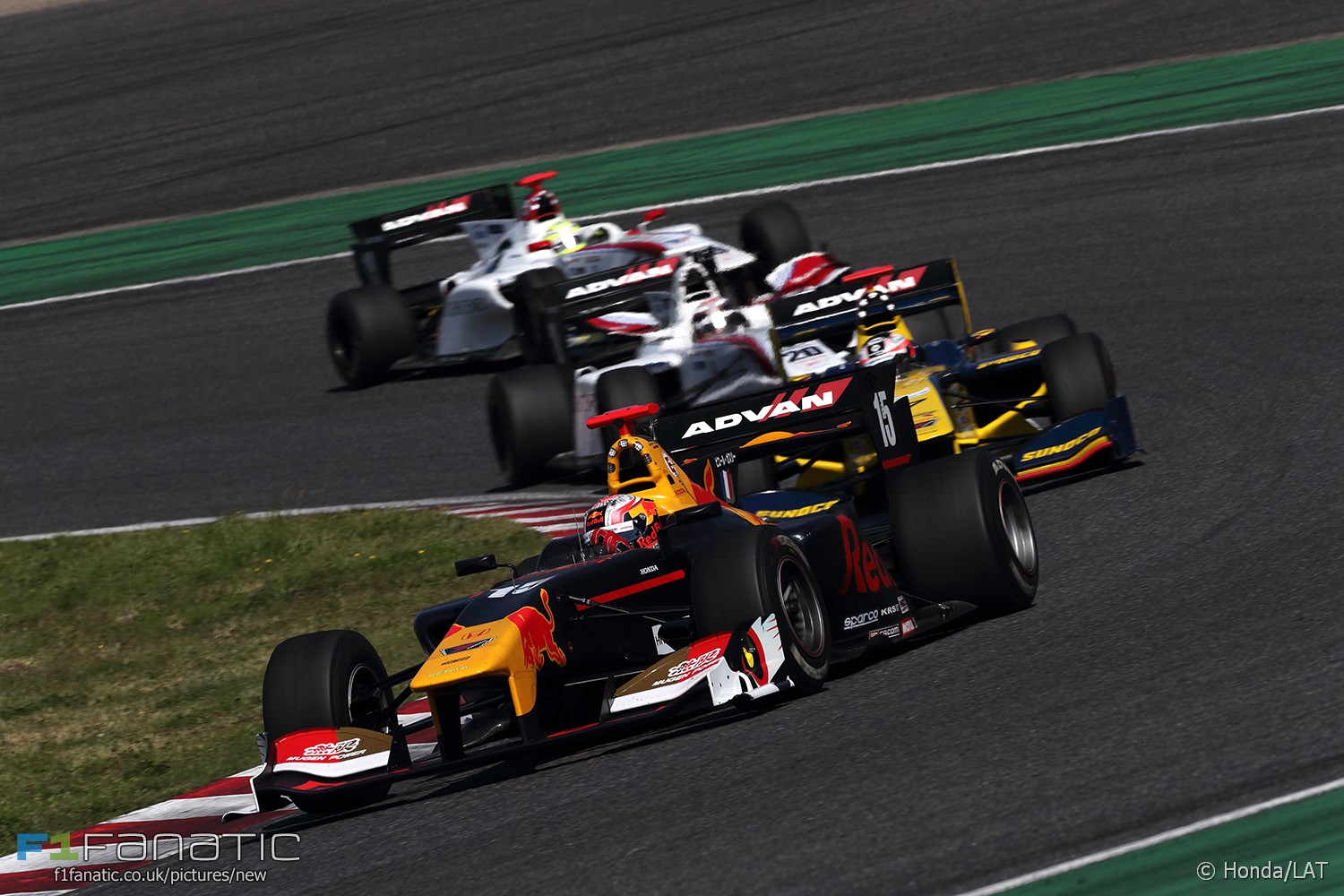 Pierre Gasly will not be able to win the Japanese Super Formula championship this weekend despite having missed the United States Grand Prix in order to take part in it.

Both of this weekend’s races on Saturday and Sunday at Suzuka have been cancelled due to the threat from a typhoon. The Super Formula championship has announced the round will not be rescheduled, cutting this year’s championship from nine races to seven.

Hiroaki Ishiura, who arrived at the final weekend half a point ahead of Gasly, has therefore won this year’s championship by default. It’s the second time the 36-year-old has taken the title.

Gasly had closed on Ishiura in the points standings having taken two wins and a second place in the last three events. He made his Formula One debut since the last round but missed this weekend’s F1 race in Austin so he return to Japan in the hope of clinching the title.

Gasly went off during the qualifying session for the two races, which was disrupted by heavy rain. Andre Lotterer and Jann Mardenborough took pole position for the races before they were cancelled.

Brendon Hartley has taken Gasly’s place at Toro Rosso for this weekend’s race.