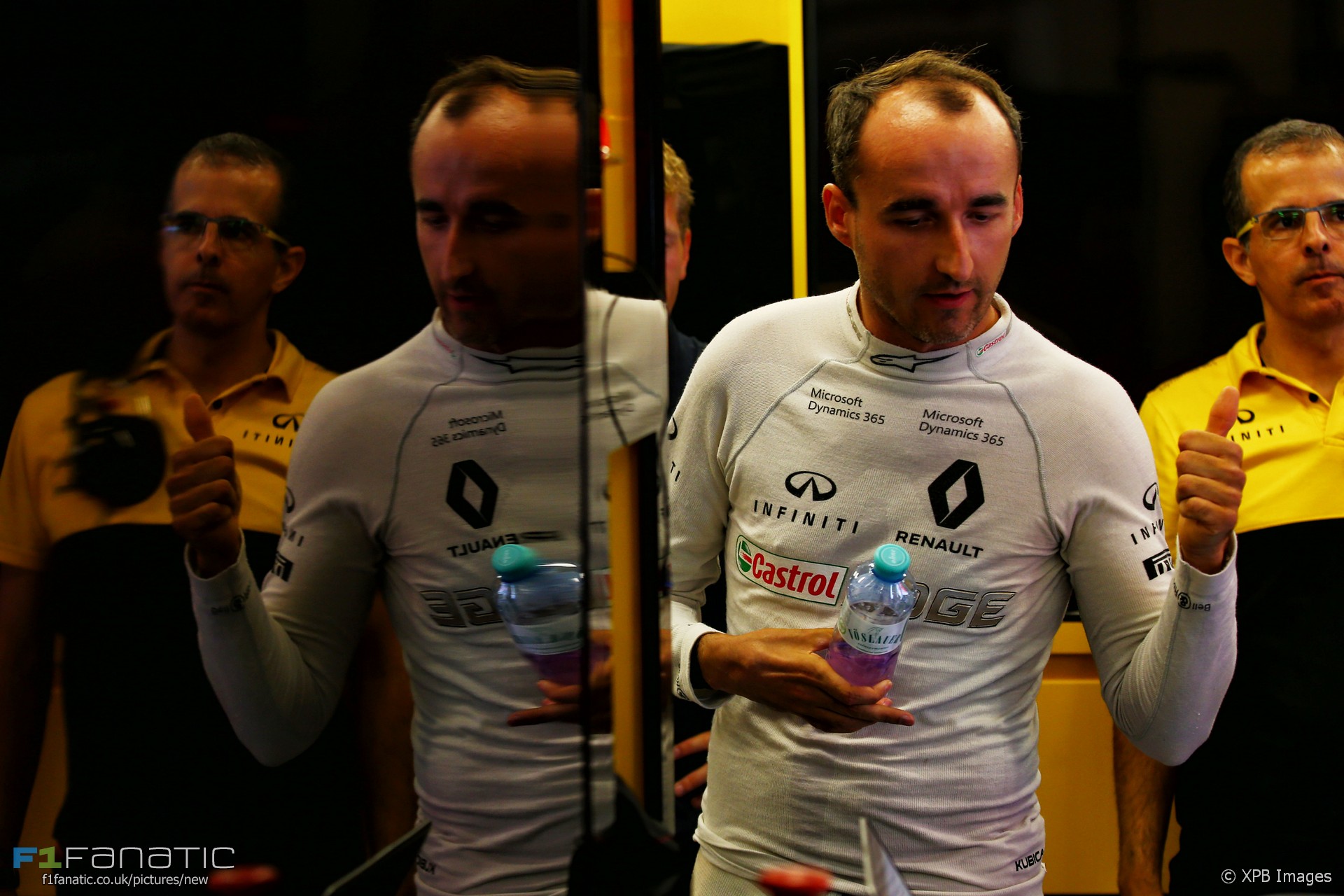 Robert Kubica’s potential return to Formula One now has the backing of the current world champion and one of his former rivals.

Nico Rosberg announced on social media he is working to help bring Kubica back to F1.

“Excited to be working with Robert and his return to F1,” said Rosberg. “He and Lewis [Hamilton] were the fastest I raced against.”

Kubica tested for Renault on several occasions this year. However the team is widely expected to hire Carlos Sainz Jnr to partner Nico Hulkenberg next year, leaving no space for their former driver.

Rosberg stunned Formula One by retiring from the sport after winning the championship with Mercedes last year. Kubica has previously tested a Mercedes DTM car and driven their simulator.

Mercedes announced on Wednesday that Valtteri Bottas will remain with the team for 2018, meaning they have no gaps in their driver line-up until 2019.

In July Mercedes executive director Toto Wolff said he “would really enjoy seeing [Kubica] back in Formula One.”

“He deserves that. He is one of the talents that wasn’t able to show what he could can do. He had that one win, he was just coming up and then he had this freak accident in a rally.”

Kubica last raced in F1 seven years ago. At the beginning of 2011 he suffered serious injuries to his right arm and the right-hand side of his body in a rally crash.

28 comments on “Rosberg ‘working on Kubica’s return to F1’”