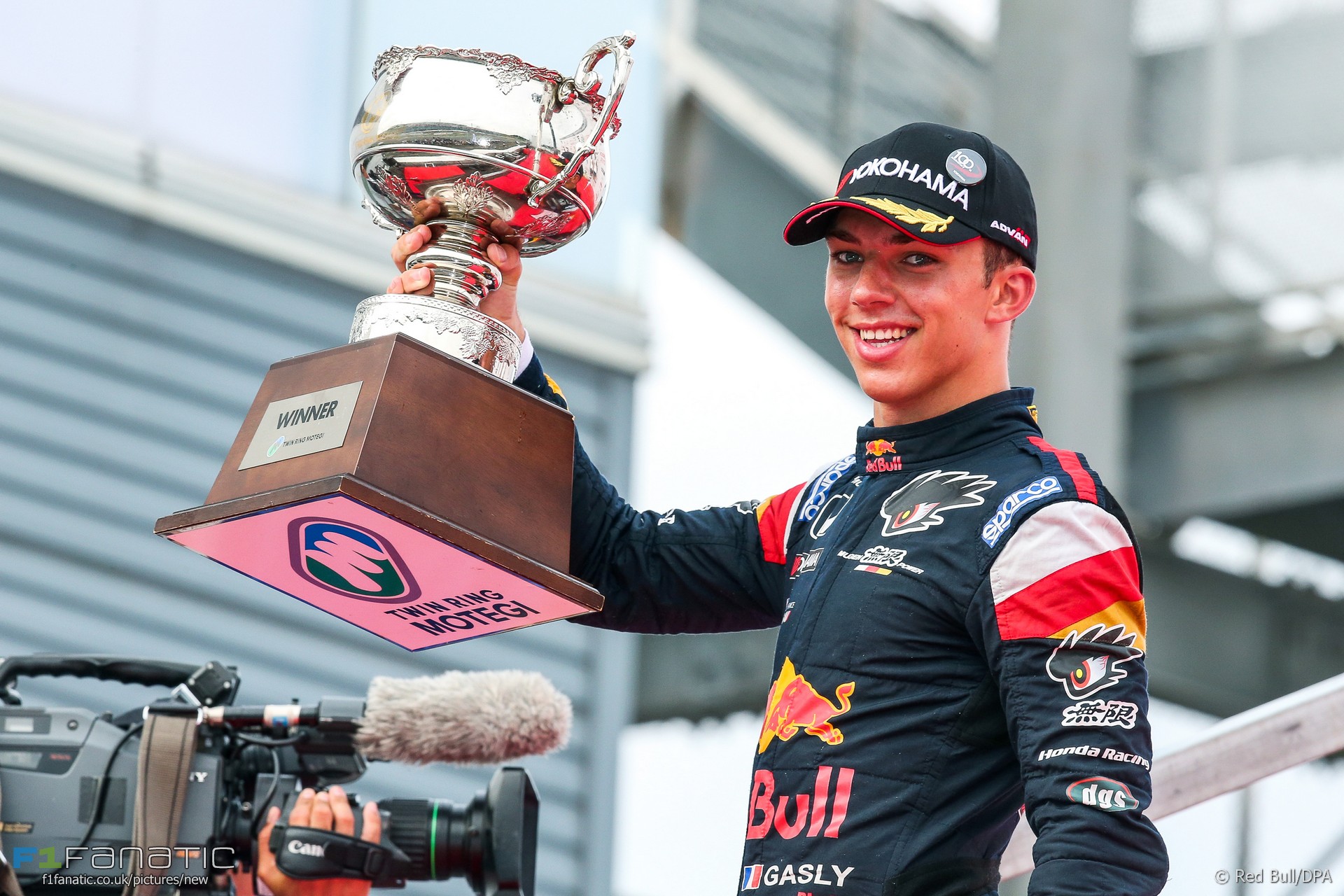 Red Bull junior team driver Pierre Gasly has rejected claims he suggested he could drive for Toro Rosso in the Malaysian Grand Prix.

Quotes attributed to Gasly from last weekend’s Super Formula race during Autopolis appeared to suggest this was a possibility. However Gaslt denied the claim in a post on Twitter.

“[I] just said I was hoping to drive for STR soon,” wrote Gasly in a response to a journalist. “[I] never mentioned Malaysia. Just twisting my words.”

Reports Carlos Sainz Jnr will switch to Renault from Toro Rosso for 2018 prompted speculation the move could happen sooner, with Gasly moving over from Super Formula to take Sainz’s place potentially as early as the Malaysian Grand Prix after this weekend’s race in Singapore.

Gasly, who has already tested for Toro Rosso and Red Bull, won the GP2 (now Formula Two) championship last year. He scored his second consecutive victory in Japan’s Super Formula championship at Autopolis and is in contention for the championship. But the series’ double-header finale at Suzuka clashes with the United States Grand Prix weekend.

The 21-year-old had a similar conflict with the media last year. Red Bull chief Helmut Marko rejected claims Gasly could step in to replace Daniil Kvyat for 2017 after an interview Gasly had given to a Spanish television channel. Afterwards Gasly said he would take more care when speaking to the media.

Toro Rosso has already announced another driver will participate in four practice sessions before the end of the year. Formula Two racer Sean Gelael, who has previously tested for the team. will drive in practice for this weekend’s Singapore Grand Prix and at three further race weekends.