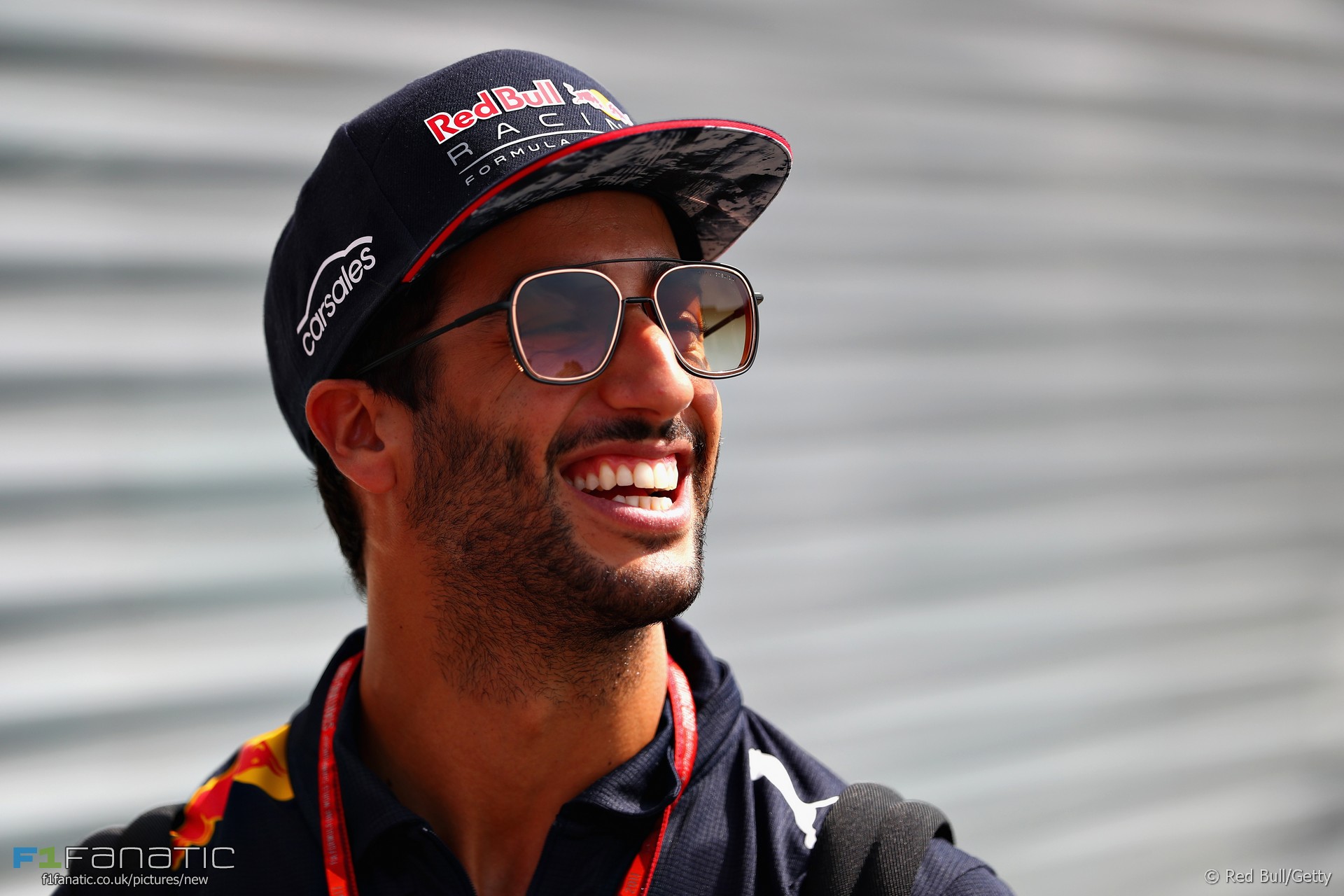 Daniel Ricciardo believes the Singapore Grand Prix will be one of Red Bull’s best chances to win a race before the end of 2017, but not their only one.

Red Bull’s only victory of the year so far was scored by Ricciardo in Azerbaijan. He says the next street track on the calendar presents a strong opportunity for the team.

“I believe Singapore won’t be our only chance but is one of our best chances of a win in the second half of the season,” said Ricciardo.

“I’ve started second and finished second at this track in the last two years, with fastest lap both times,” he added, “so my aim this year is definitely to start on pole and try to go one better in the race.”

Red Bull showed promising pace at Monza, a circuit which wasn’t expected to suit them. The team qualified second and third before taking engine change penalties and Ricciardo climbed twelve places in the race to finish fourth ahead of one of the Ferraris.

The team has again selected a large quantity of the ultra-soft tyres, as it did at Spa where the compound was last used. Ricciardo and team mate Max Verstappen will have ten sets of the softest rubber available.

Ricciardo says a cautious approach is needed to begin with at the track. “You have to build up speed a little slower in the practice sessions on a street circuit like Singapore,” he said. “At some point you have to start taking risks but to do that straight away doesn’t make sense.”

As the final leg of flyaway races begins Ricciardo is fourth in the championship, six points ahead of Ferrari’s Kimi Raikkonen. After Singapore the championship will visit Sepang, Suzuka, the Circuit of the Americas, Autodromo Hermanos Rodriguez, Interlagos and Yas Marina.