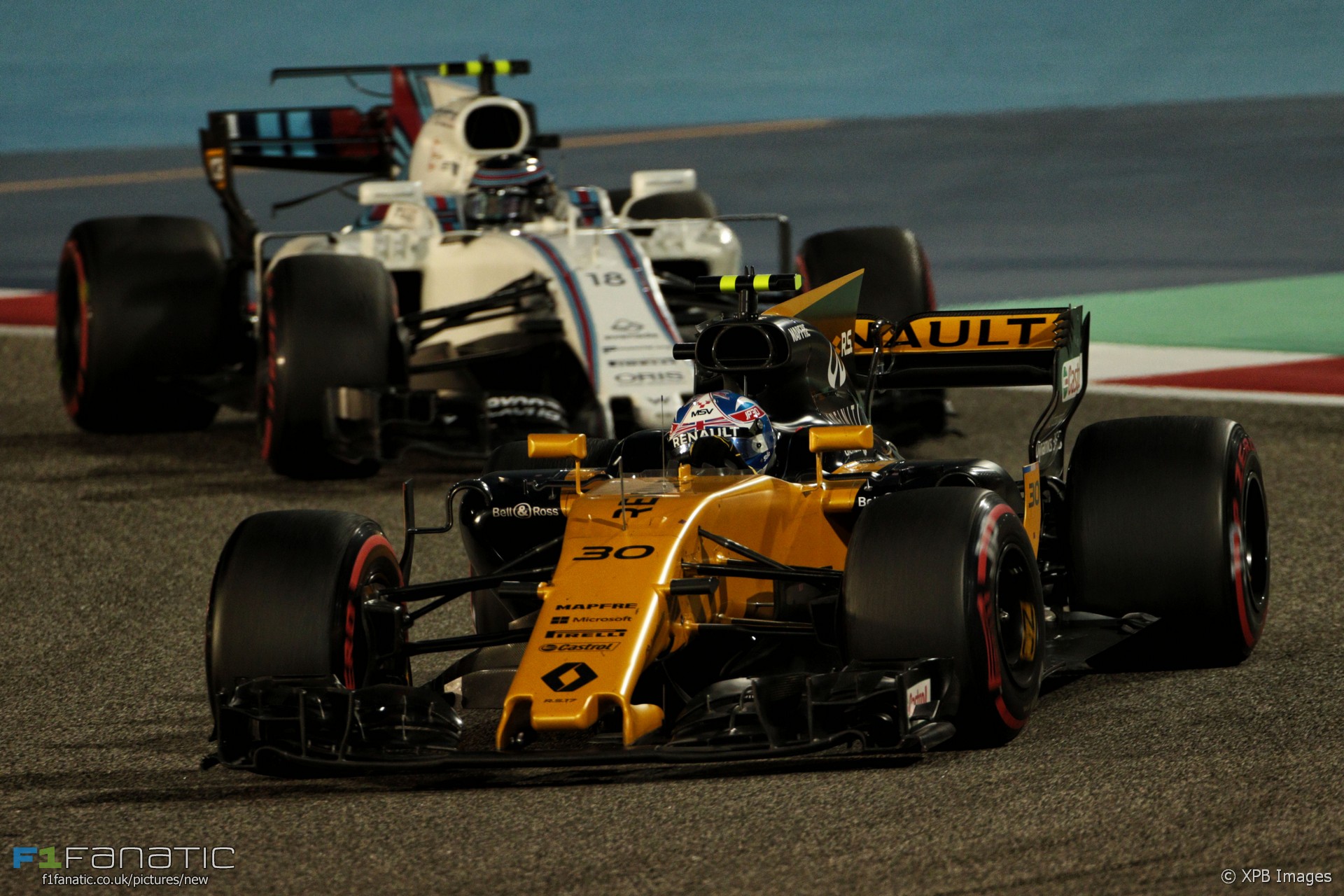 Renault has set its sights on beating Williams, the team which is three places ahead of them in the constructors’ championship with seven races to go.

The team believes the remaining tracks on the schedule will suit its car much better than Monza did.

“Williams sit just 21 points ahead of us in fifth place in the constructors’ championship,” said team principal Cyril Abiteboul. “With seven races to go, it’s very much in our capability to chase that down by the end of the season.”

“We need to create some momentum and string together some consistent results with both cars inside the top ten. Singapore will be vital to kick start this effort.”

Abiteboul said the team took heart from Red Bull’s performance in Italy. “Daniel Ricciardo’s impressive drive from 16th on the grid to fourth place is particularly encouraging,” he said. “It meant a Renault engine had a best finish at Monza since the introduction of the V6 turbo hybrid engines in 2014.”

The team will make changes to its personnel this weekend as Matthieu Dubois takes over as head of race strategy, reporting to sporting director Alan Permane.

The team’s technical director Nick Chester predicted Renault will be “back to our Britain, Hungary and Spa level of performance” in Singapore.

“We’ve made softer rear springs to make the rear end more compliant which will aid traction,” he said. “As ever, you have to get the compromise right as it’s a balance between a compliant chassis and not losing too much aero performance. We have some minor updates to the bodywork which we will evaluate during the practice sessions.”

Chester said the team has “kept improving the car” this year. “Since Silverstone the car has been a chunk more competitive.”

“Budapest and Spa kept that trend up and we were the fourth quickest car in terms of pace. We weren’t as quick in Monza, but the upcoming races should see us back to the level of performance we saw at Spa.”

“There are no remaining tracks with super low downforce. We have good potential to be strong at these next three Asian races.”

19 comments on “Renault aim to “chase down” Williams”