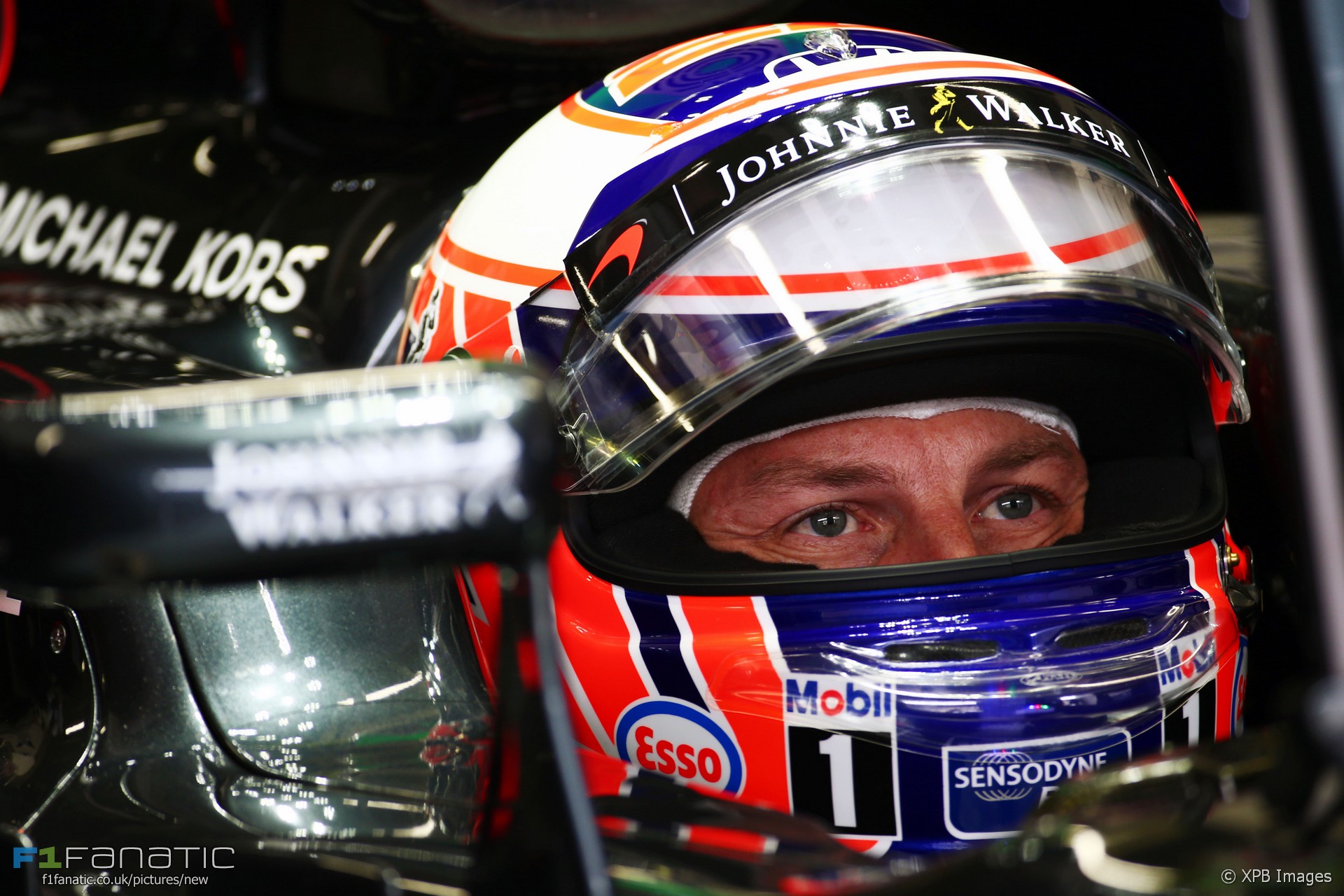 One world champion is returning to take the place of another at this weekend’s Monaco Grand Prix. Here’s the top talking points for the race.

Whether Jenson Button intended to conclude or pause his F1 career when he climbed out of the cockpit at Yas Marina six months ago, he’s back for a final fling.

There have been many rumours that the 2009 world champion is less than thrilled about being pressed into service as an understudy while Fernando Alonso is racing in the Indianapolis 500. It’s not hard to imagine why returning to drive a McLaren which is even less competitive than the one he had at the end of last season may not be an attractive prospect.

But McLaren have played down the claims which were put about by, among others, Mark Webber. Certainly Button can expect McLaren won’t be quite as far off the pace at Monaco as usual. The team is bringing more chassis updates this weekend and the Honda’s lack of power will be less of a disadvantage here. Reliability remains a significant question mark, however.

For Stoffel Vandoorne this should be an opportunity to be the leading McLaren in the race. But the three-place grid penalty he picked up in Spain will compromise his efforts.

One of the most enjoyable aspects of this season is it’s not immediately obvious who is going to have the upper hand at each weekend. And Monaco could be the closest call yet.

There’s no doubt Mercedes’ upgrade at the Spanish Grand Prix raised their level. However it remains to be seen how well their long W08 will operate around Monaco’s many short, tight bends compared to Ferrari’s shorter SF70H. Pirelli’s decision to lower the minimum starting tyre pressures is also expected to play into Ferrari’s hands.

Saturday session may well decide the winner of the Monaco Grand Prix. The last two pole sitters did not win this race, but that was chiefly down to tactical errors. Expect a fierce fight in qualifying.

Traffic is always a problem for the front runners and it’s always worst at Monaco. But this year it’s going to be even tougher.

The increased width of the cars will make it especially difficult for the front runners to find space to lap their rivals within Monaco’s tight confines.

And there’s another problem: The ‘slow’ cars aren’t all that slow this year. Last week Daniil Kvyat qualified last on the grid in Spain but was only 2.2 seconds off the fastest time in Q1.

The other big race

One of the biggest stories around this year’s Monaco Grand Prix is the absence of one of F1’s biggest stars. Alonso’s Indianapolis 500 plans have drawn huge attention.

He’s had a successful month of May so far. Alonso will line up in the middle of the second row of the grid and should be in contention from victory, which will be a welcome change from the struggles he’s endured so far this year.

Comparisons between the two great races are inevitably going to be drawn and statements made about which was ‘better’. But these can only be unfair. Monaco is by far F1’s slowest race, Indianapolis is one of IndyCar’s fastest.

Both are tremendous spectacles in their own right. It’s tremendously exciting to see McLaren competing in both on the some day. Let’s savour them both, and hope this isn’t the last time we see a top driver switching between the two great series.

Are you going to the Monaco Grand Prix?

If you’re heading to Monaco for this weekend’s race, we want to hear from you.

Who do you think will be the team to beat in the Monaco Grand Prix? Have your say below.