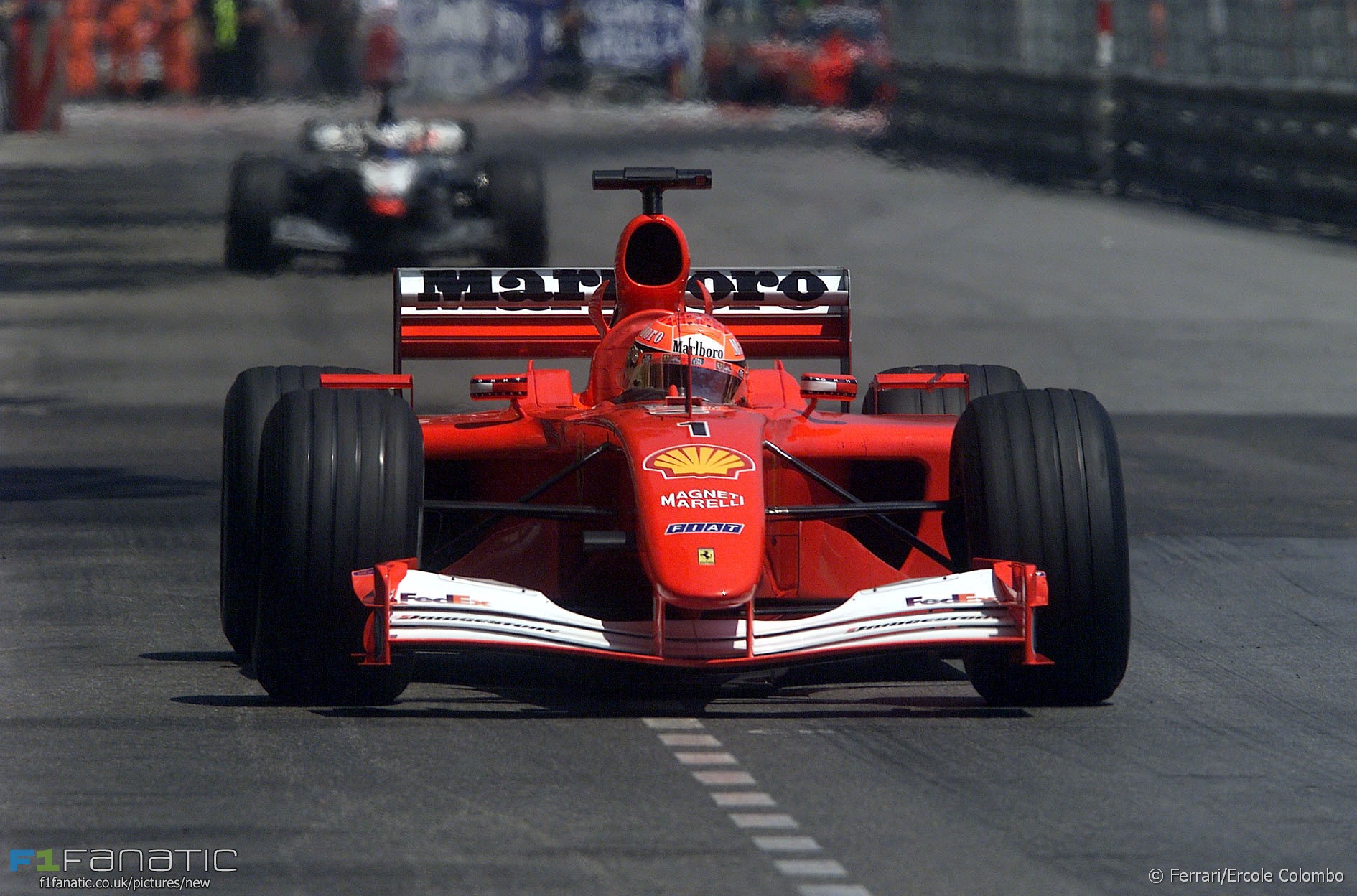 Not since Michael Schumacher’s 2001 triumph has Ferrari scored a win at Monaco. But this 16-year win-less streak is hardly unprecedented for Ferrari.

Schumacher’s 1997 win was Ferrari’s first victory at the track since Gilles Villeneuve’s victory 16 years earlier. Prior to that they went 20 years without a Monaco Grand Prix win between 1955 (Maurice Trintignant) and 1975 (Niki Lauda). What are their chances of ending that streak this weekend?

For obvious reasons, the tight and narrow Monaco track is often thought of as a circuit where you have to qualify on pole position to win the race. This wasn’t true for the two most recent winners, but all bar one 11 races prior to that were all won by the driver who qualified on pole position.

That 11-year span includes two races where Schumacher could have started on pole position but didn’t. He was sent to the back of the grid in 2006 after setting the fastest time during Q3 and stopping on the racing line in a bid to prevent other drivers from improving their time. Title rival Fernando Alonso therefore took pole position and went on to claim victory.

Six years later Schumacher was quickest in Q3 for the one and only time during his spell at Mercedes. But a five-place grid penalty for causing a collision with Bruno Senna at the previous race meant Mark Webber inherited pole position, and won.

Had Schumacher started that race from pole it’s likely Mercedes won have won the last five Monaco Grands Prix. Instead they arrive in Monte-Carlo with four consecutive wins to their name including three in a row by Nico Rosberg plus Lewis Hamilton’s second career win at the track last year.

McLaren hold the record for the most consecutive wins at Monaco with a streak of six in a row which started in 1988. Only Ayrton Senna’s 1987 win for Lotus kept McLaren from monopolising the top step for a full decade from 1984 to 1993.

The team will be without top driver Fernando Alonso this weekend as he has chosen to race in the Indianapolis 500 instead. He will start that race from fifth on the grid, which is only two places higher than the sensational seventh he achieved at the Circuit de Catalunya last week. Alonso will have gone three years without completing a full F1 season, as he sat out the 2015 Australian and 2016 Bahrain Grands Prix due to injury.

Jenson Button will therefore make a one-off return to the cockpit. The 2009 Monaco Grand Prix winner will start his 306th race and tie with Schumacher as the driver with the second-highest number of grand prix starts. Button will need to come back for a full season to beat Rubens Barrichello’s record of 322.

How Button will fare on his return will be a point of considerable interest. His team mate Stoffel Vandoorne is yet to out-qualify Fernando Alonso so far this year. Kimi Raikkonen, Lance Stroll and Jolyon Palmer are also yet to out-qualify their team mates in 2017.

The Tabac corner was re-profiled in 2015 so we only have two years of comparable lap time data for Monaco.

Overtaking is a rarity at Monaco. Last year’s rain-hit race was unusual.

Join in Rate the Race when the chequered flag falls at the end of this year’s race. You will need a (free) F1 Fanatic account to participate: