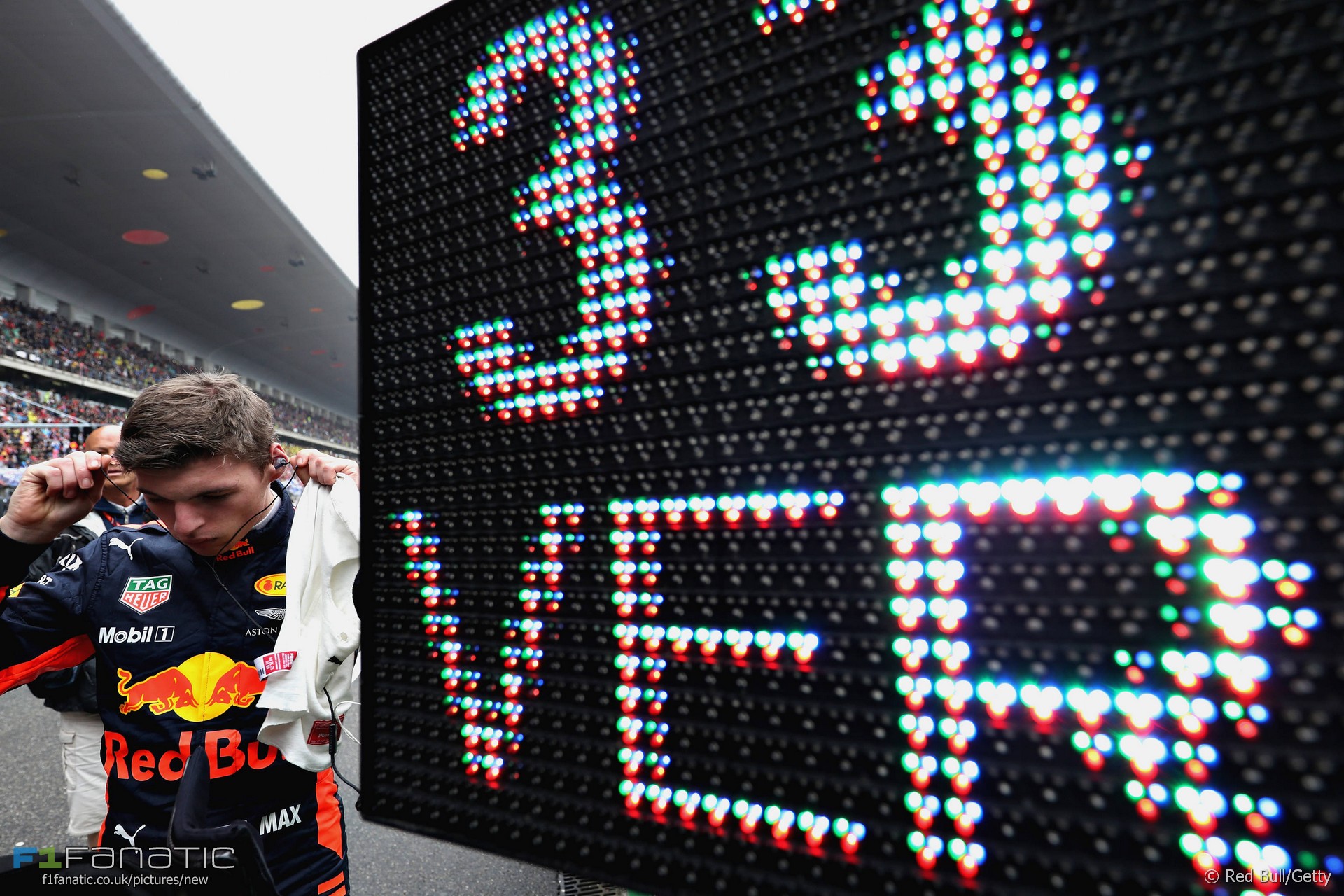 Max Verstappen was voted Driver of the Weekend for the seventh time by F1 Fanatic readers.

He won the Chinese Grand Prix poll with 38% of the votes after gaining 13 places during the race to finish on the podium.

The weekend didn’t begin well for Verstappen. Along with the rest of the field he did virtually no running on Friday due to the sessions being cancelled. Matters got worse in qualifying where a power unit problem prevented him from progressing beyond Q1.

But in the race he was inspired, fighting his way up to seventh on the first lap. Superb passes on Kimi Raikkonen and Daniel Ricciardo put him on course for the podium, though a slip-up at turn 14 allowed Sebastian Vettel through into second.

That was his only significant error of the race. He withstood heavy pressure from Ricciardo in the closing stages, despite being held up by Romain Grosjean, to secure third place.

To finish in third place with a Red Bull who is about 1.3 seconds slower over one lap, starting from 16th place and made the difference in the damp conditions, where exceptional drivers can, driving circles around Bottas, Raikkonen and his team mate.

Just wow, what a talent we have for the coming years.
@Indiana

For me it was between Verstappen and Alonso. Ultimately chose Verstappen since he was again the master of the rain/damp circumstances. Setting continuous fastest laps together with Hamilton in the first half of the race and from sixteenth to ninth after the first lap, mega job.

Alonso was unfortunate to retire with yet another engine issue, drove fantastically as well, but slightly less impressive than Verstappen. The end of the race, the battle with Ricciardo and the tension you could hear on the radio about Grosjean being in front.
Rick (@Addvariety)

That opening lap of Verstappen’s is going to be something dragged out of the archive footage for decades to come when people are discussing greatest drivers of all time.
Philip (@Philipgb)

Two two drivers who shared the podium with Verstappen were also highly praised and scooped large shares of the votes.

Hamilton had a well managed drive as he and the team got the strategy and tire calls right, but Vettel overcame a few setbacks, made no mistakes and pulled off some great moves to get to the second step.

Verstappen did well from 17th with a fantastic start, but it wasn’t a drive without error and that cost him my vote.
@Scottie

Vettel for me, hands down.

Good qualifying, keeping Bottas out of the front row by 1/1000 of a second could’ve been crucial in a dry race, like it was in Melbourne.

He lost his shot at the victory with an ill-timed pit stop under the VSC, a gamble that made perfect sense at that time, but then the Safety Car came out and awarded Hamilton, Räikkönen, and the Red Bulls with an even freer pit stop. That was nothing but bad luck for him, the pendulum could just as well have swung in his favour.

The duel with his Ferrari team mate was crucial for my assessment of his race: He managed to re-establish the old running order with an aggressive but clean, DRS-free, overtake, and used the remaining less than 40 laps to create a downright humiliating gap of more than 40 seconds between the two Maranello cars – on virtually identical strategies.

Flawless job all weekend, encountered quite a few difficulties but made his way back up the order, out-paced his team mate like no other driver today. I don’t think there’s a way he could’ve made a better job.
Nase

Sainz for me, also great were the haas boys, Alonso until his car gave in, and Lewis for incredible managing skills, how he pulls the laps out of the hat whenever needed is just insane

13 comments on “Verstappen takes seventh Driver of the Weekend win”