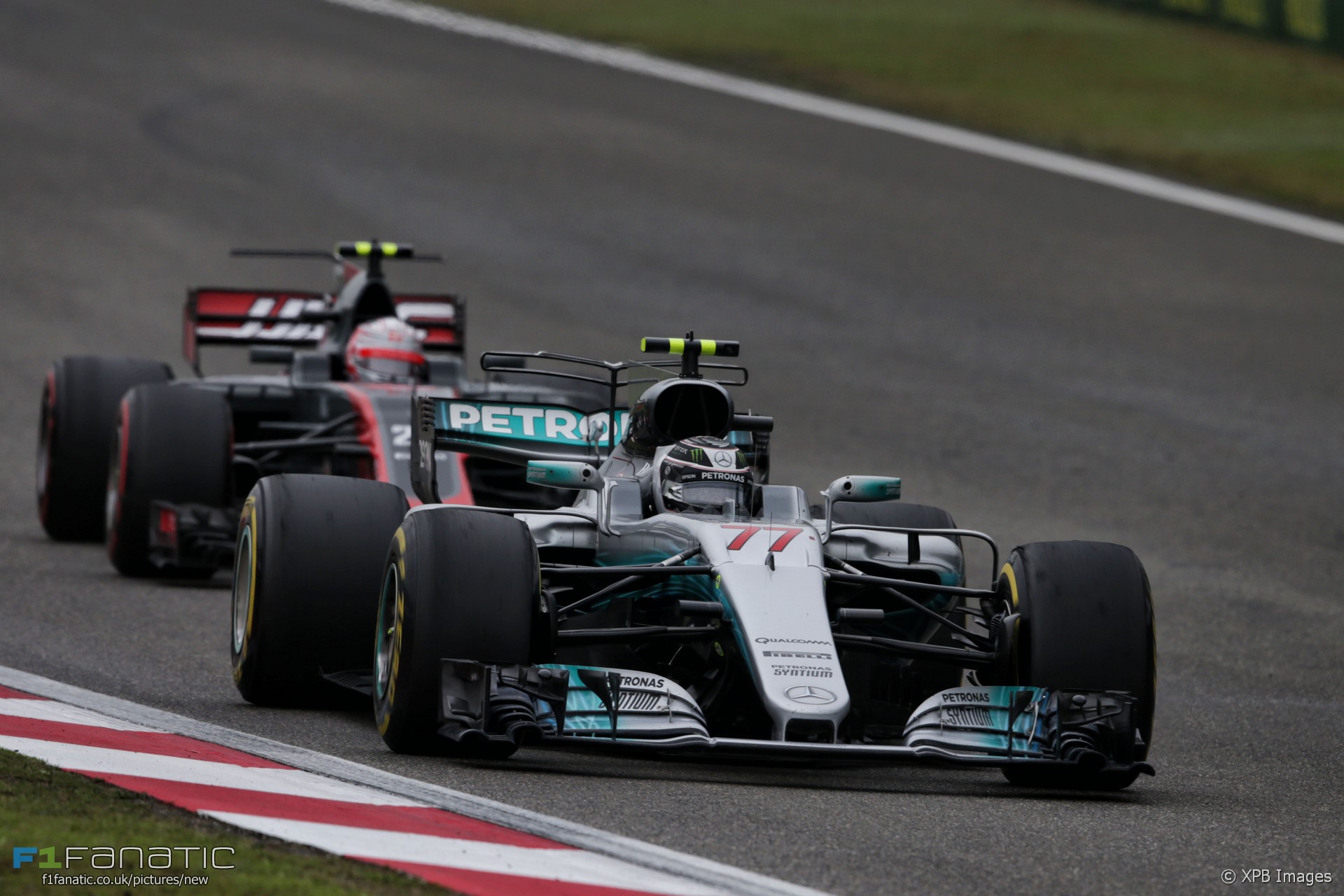 Valtteri Bottas says he deserves the majority of the blame for his low finishing position in today’s Chinese Grand Prix.

The Mercedes driver lost time in both his pit stops but said it was his spin behind the Safety Car which spoiled his race.

“Behind the Safety Car I was trying to generate as much tyre temperature as I could and I went too far away, was too aggressive, made a mistake and spun,” he explained. “And I lost so many places.”

“After that is was tricky for a while to get the tyres back to working. I got them eventually there and the pace towards the end of the race was good. But from the stupid mistake of mine we lost a lot of points today.”

His race had begun to go wrong when he made his first pit stop during the Safety Car period. “I think for everyone quite a tricky start with the call when to change to the dry tyres,” he said.

“We had a bit of an issue with a pit stop, lost a couple of places, but that was no big drama in these conditions, there was still a long race ahead of us.”

After his spin, which left him 12th, Bottas lost more time when he came back into the pits for his final stop.

“Initially the rear of the car dropped, the rear jack, so they couldn’t change the rear left tyre. And once they change it I think there was a problem with the lights, it was red and I wasn’t allowed to go. But that was a small mistake compared to mine.”

Bottas added he was surprised by Max Verstappen’s overtake on him during the race, but said it didn’t have any bearing on his ultimate finishing position of sixth.

“He was quite a bit quicker and I could see him from the mirrors. There was no way I was expecting him to dive in. But I don’t think that decided any positions today.”