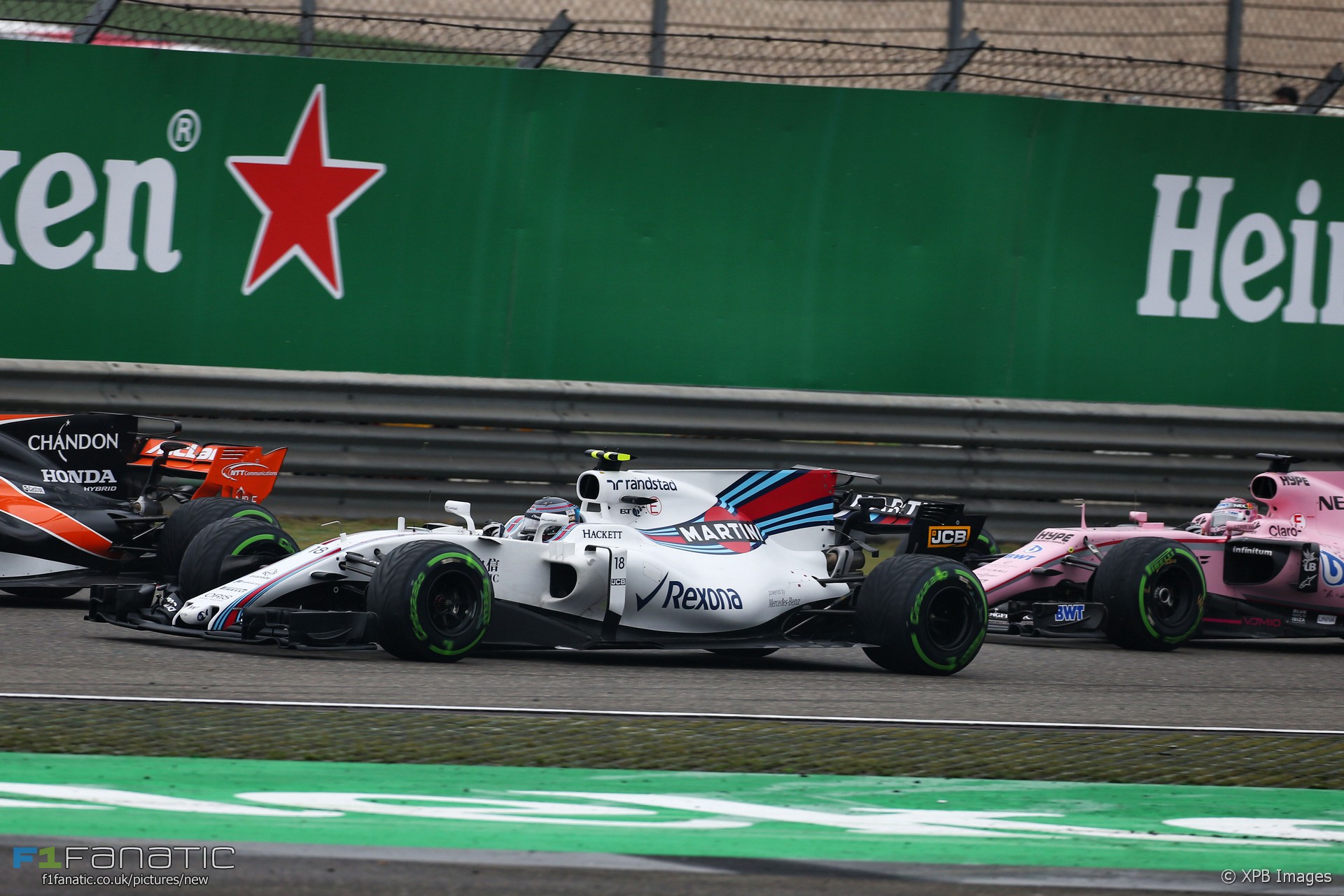 Lance Stroll blamed Sergio Perez for the collision which caused his lap one retirement from the Chinese Grand Prix.

The stewards took no action over the collision between the pair but Stroll said the Force India driver took him out.

“I was hit from the rear at turn ten and that was the end of my race,” he said. “I was in front, knew the corner was mine and had to turn in eventually.”

“It was just unfortunate as that was my race over. I got hit and then the car was broken, most likely with a puncture and damaged suspension.”

However Perez suspect his rival simply hadn’t realised he was there.

“I made a very poor start and lost five or six places before turn one,” he explained. “As soon as I dropped the clutch, I went into wheel spin.”

“I recovered some places during lap one, but then there was contact with Stroll in turn ten, which gave me a puncture. I don’t think he saw me on the inside because he didn’t give me any space.”

Stroll is yet to finish a race following his first two starts but felt his second grand prix weekend had shown promise after reaching Q3 in qualifying.

“While today was difficult, we have some positives to take out of this weekend, as the qualifying was good even if the race was not what we wanted,” he said. “But it is still early days and there are a lot more opportunities.”

77 comments on “Stroll on Perez crash: ‘It was my corner’”