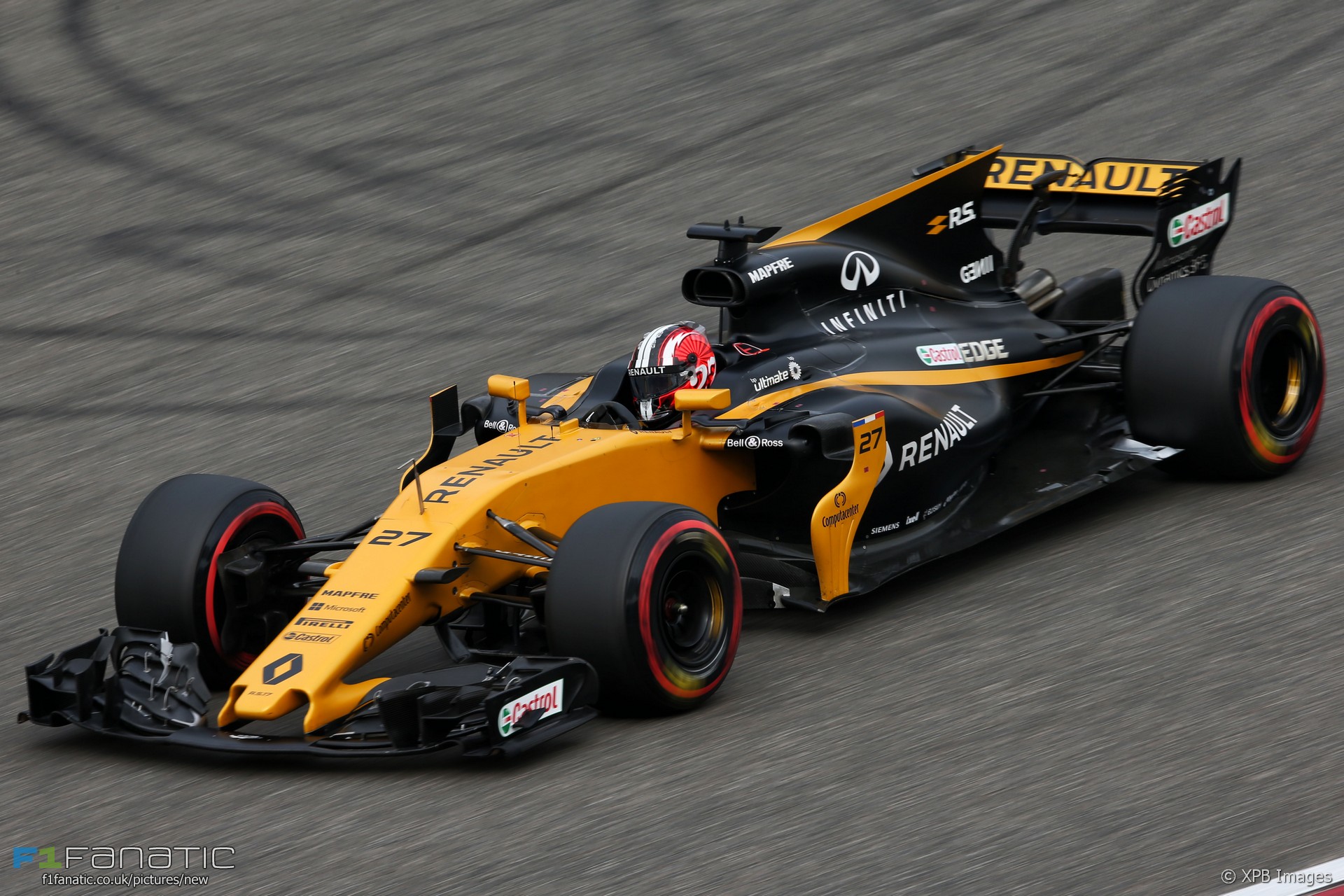 Nico Hulkenberg was given two penalties by the Chinese Grand Prix stewards for overtaking other drivers while behind the Safety Car and Virtual Safety Car.

Hulkenberg, who finished 12th, was also given a pair of two-point penalties on his licence. He now has a total of six, putting him halfway towards the twelve necessary for a one-race ban.

However the stewards did not penalise eighth-placed Kevin Magnussen for driving too slowly behind the Safety Car. Following an investigation they “took into account that car 20 was experiencing technical difficulties which resulted in the reduction in speed”.

Daniel Ricciardo and Sergio Perez were also given reprimands for failing to attend the national anthem ceremony at the required time. The stewards noted the reprimands were not “imposed for a driving infringement”. The reprimand is the second of the season for Perez and Ricciardo’s first.

This article will be updated.

16 comments on “Hulkenberg given two penalties for Safety Car errors”