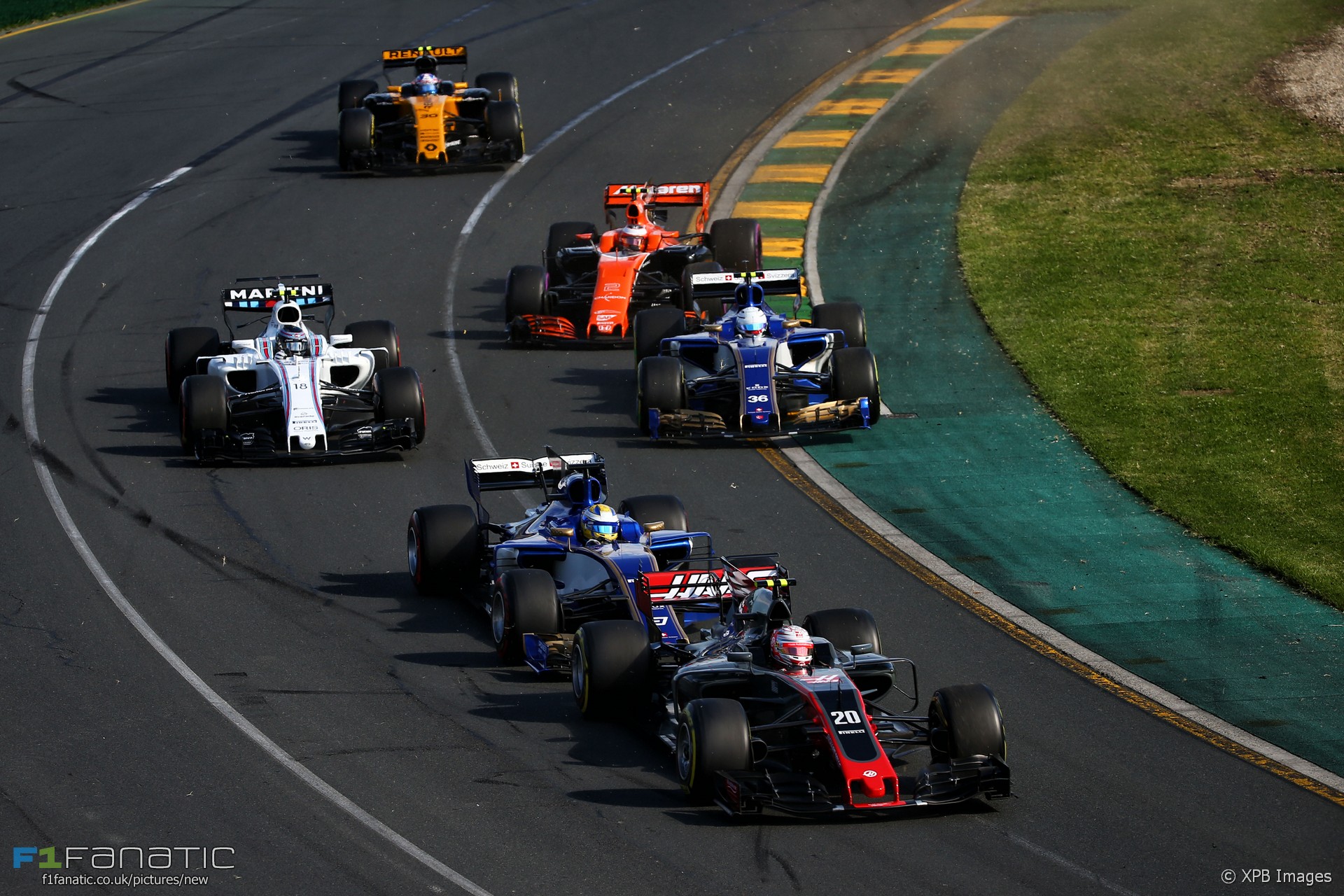 Kevin Magnussen has been cleared over his collision with Marcus Ericsson on the first lap of the Australian Grand Prix.

The stewards examined the incident but decided to take no action against the Haas driver over the turn three incident.

“The stewards chose to investigate the incident between car nine [Ericsson] and car 20 [Magnussen] which occurred on the third turn of the first lap.”

“The stewards noted that Magnussen moved to the inside to avoid Ericsson and Magnussen followed a very similar line to the car in front of him.”

“Ericsson did leave enough room, and Magnussen who was fully on the inside took a reasonable line, but unfortunately the action of the kerb forced him wide and caused the collision.”

“The stewards determined that this was a racing incident, and neither driver drove in violation of Art 27.4. No further action was warranted.”

Both drivers retired later in the race. Ericsson said his hydraulic failure was caused by the contact with Magnussen.

13 comments on “No penalty for Magnussen after Ericsson crash”