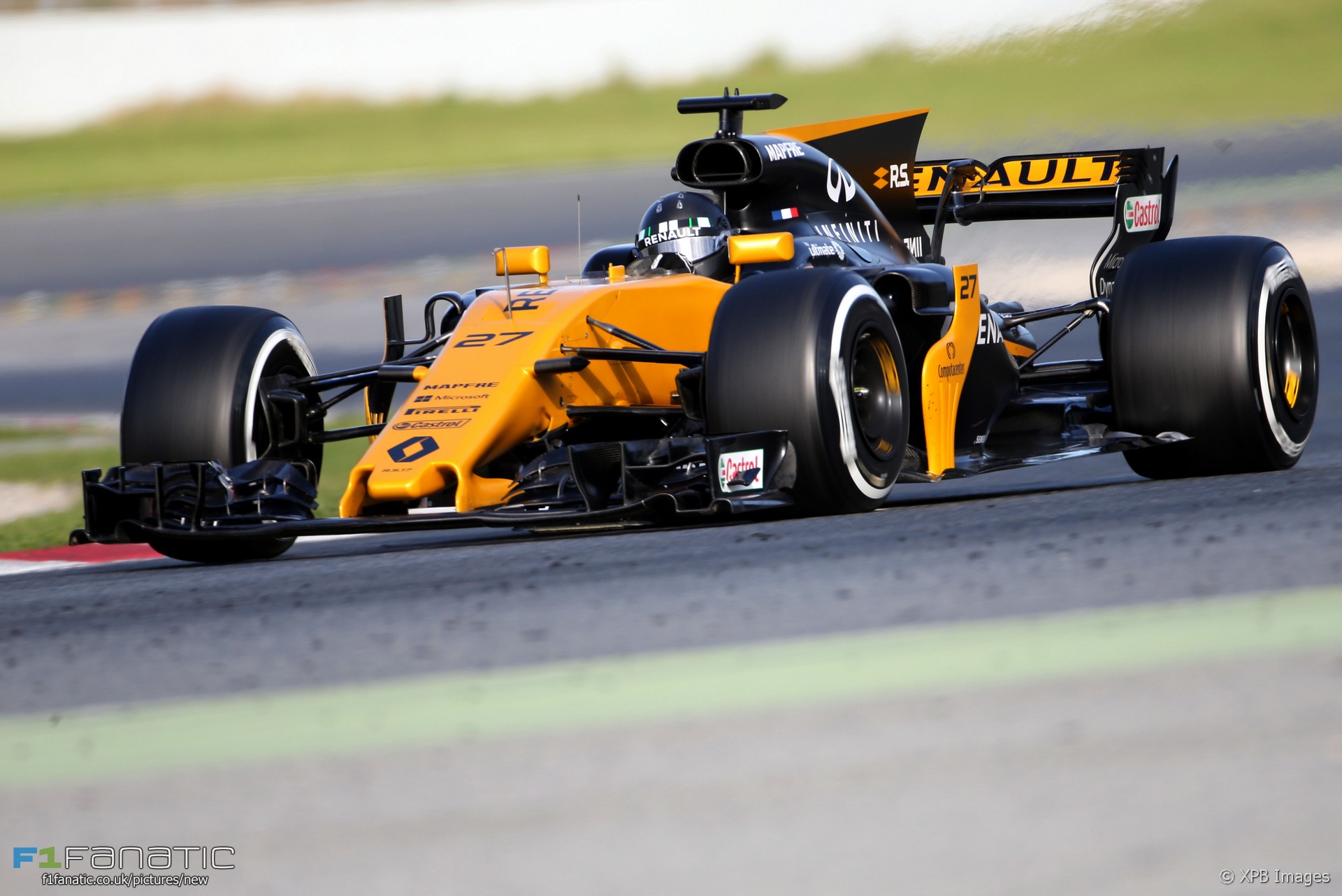 Nico Hulkenberg says that Pirelli’s new tyres for 2017 are ‘double the fun’ to drive compared to previous, less durable compounds.

After managing 58 laps in the afternoon session on day five of testing, the Renault newcomer has nothing but praise for 2017’s more durable Pirelli tyres.

“Yeah, they’re just massively quick and the sensation is so different,” says Hulkenberg.

“In the previous winter test, the degradation was always so huge on tyres and now they allow you to push quite hard, which is double the fun. You can push and they’re pretty quick.”

After team mate Jolyon Palmer’s morning was cut short when the team were forced to change their engine after noticing a problem in the data, Hulkenberg was able to make up for some of the time lost.

“My afternoon was better than his,” says Hulkenberg. “We were just going through our test programme. We still had quite a few carry-over items from last week, which we picked up today and especially in the afternoon.

“We still have a big ‘to-do’ list and that’s the main priority and focus right now. Where we stand, even at the end of this week, doesn’t really matter that much. We’ll see and learn in Melbourne. But from there it’s a long year and we’ll plug away and work from where we are.”

Asked if he had any issues with sharing a day’s running with his team mate, Hulkenberg revealed he actively prefers the split system.

“I think it’s good. Last week we didn’t do it, but I was in favour of running the day like this. If the car lasts, you get four quality hours to get done and have a bit more resting time so when you get back in the car, you’re probably in better shape and everybody’s a bit fresher. So I think it works quite well.”